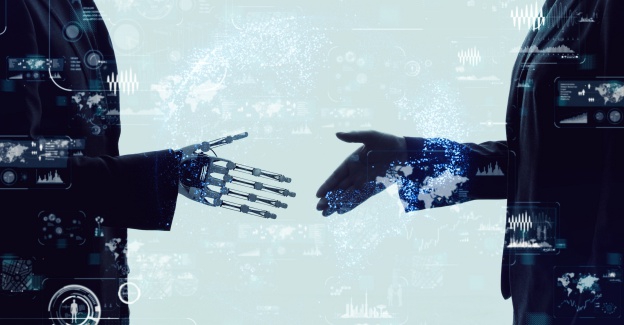 Just like the invention of electricity, AI is set to transform every industry and according to McKinsey it will create $13 trillion of GDP growth by 2030, mostly in manufacturing, logistics, agriculture and education.  We need to be aware that AI initiatives require human data experts, and we could be well placed for them in future – a recent survey conducted by Sage and YouGov has found that one in four children between the ages of eight and 18 in the U.K. are interested in pursuing a career in AI.
Very few AI systems are fully autonomous, rather they are focused on augmentation in the human workforce. New AI systems represent new roles and skills for the people who work alongside them, and typically require considerable time to retrain on new processes. Whilst the long-term goal for AI may well be to become fully automated, until it happens, companies need to make time for something called “human augmentation” -- the stage when machine learning occurs through interaction between systems and human users. This phase of learning is a critical step for businesses to enable them to understand how the system interacts with its current set up, gather new datasets and start turning them into algorithms.

Learning from the Tesla Experience

When Tesla set up their manufacturing facility in California, it was designed to be fully automated with no human involvement required.  All being well, the AI-powered robots would produce 5,000 Model 3 electric cars per week. However, Tesla fell short of the mark, only being able to produce 2,000 cars per week, as the company painfully discovered that full automation wasn’t such a winning strategy as expected, and according to Elon Musk the sophisticated robots actually slowed down the production instead of speeding it up. As a result, Tesla has shut down the production to address the bottlenecks and hired hundreds of workers to revamp the production processes. As Elon Musk himself admitted: “Yes, excessive automation at Tesla was a mistake. To be precise, my mistake. Humans are underrated.”

The Rise of the Data Expert

As procurement, sourcing and data management are skillsets that don’t often overlap with algorithm development, the role of the data expert is normally created over time through experience, rather than hired out of university. Critical to the role are knowing what data sources are useful to resolve AI issues, being aware of how data is used in algorithms, assessing data quality, and cleaning it.
When it comes to datasets, bigger doesn’t mean better – it’s not the quantity of data, but how the company uses it that provides competitive advantage. Amazon has found that the accuracy of its predictions in e-commerce doesn’t improve by adding more products, it’s about how they use the insights from customer behaviour to positively impact the user experience. Similarly, Google is constantly improving its search engine to improve its results rather than just relying on the large volume of search data.
There are consulting companies using a balanced combination of AI and expert knowledge, and that have developed a full suite of tools providing clients with a wide range of services, from spend visibility and transparency to margin optimisation, performance management, risk and compliance management and many others. This digital solution fits any organisation as each of our tools is tailored to answer the specific client need.
Tags:
Artificial Intelligence
Data
Human Resources (HR)
Workforce Development
Human Augmentation
Region:
Global 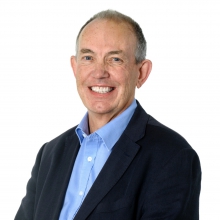 Steven is a MCIPS qualified procurement professional with over 30 years’ experience.  For the majority of his career Steven has specialised in the purchasing of Marketing Services both in industry and as a consultant.
Now as part of 4C’s Insight As A Service technology team, Steven is responsible for training and for incorporating 4C’s specialist category knowledge into the ‘4Spend’ software that analyses client spend.