How is automation impacting the job market? 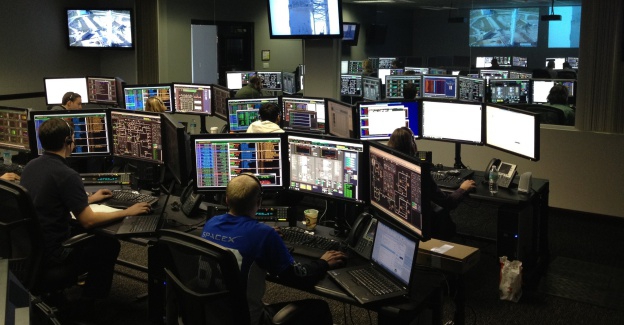 Automation within the job market is one of the key issues of our time. It often provokes speculation of a future resembling science fiction narratives that have been around for decades.
On the extreme end, there’s SkyNet becoming self-aware and a team of terminators hunting humans down. On the softer end there’s WALL-E, where humans don’t have to lift a finger and grow lazy as robots cater to all their needs. Either way, humans aren’t needed for work.
Somewhere in between is what many fear – that humans simply won’t be needed when machines can do things better than us.
But is that a fair reflection of the truth?
According to a recent report by PwC, as Artificial Intelligence (AI) boosts economic growth, it could create as many jobs as it displaces.
There’s no denying that automation will disrupt the job market. But it’s worth acknowledging that that other technologies have done the same in the past, and society and business have moved on to create new jobs and industries.
Before we look at how, let’s see where jobs will be lost to automation.
What will automation change?
Automation will essentially impact highly repetitive task and jobs. It works because AI can learn from doing the same thing over and over again to refine its process, driving greater accuracy and efficiency.
This could impact any number of industries and jobs. Customer service is a good example of an area where chatbots – driven by AI and automation – are already becoming the norm. But there are others too.
A junior lawyer may spend a lot of time proofreading documents, when a machine could do this instead. In fact, it could proofread the document far more quickly and more accurately, not dealing with the tiredness of multiple late nights in the office.
In healthcare, AI is already improving the diagnosis of cancer. What might take doctors hours can take AI minutes, having a considerable impact on how doctors spend their time – something we’ll come back to.
The benefits to organisations are unquestionable. Greater speed. Greater accuracy. Greater productivity.
So where will jobs be created?
In this automated world, it’s important that we consider the value that people can provide and the opportunities we have to flourish. Essentially, what can we do that the machines can’t?
Numerous sources, including the World Economic Forum, hone in on three key areas: creativity, problem-solving and emotional intelligence.
On a day-to-day level, as automation starts to complete more repetitive tasks, businesses will be in a position to reallocate their resources to more value-generating activity. They could, for example, focus on building closer and more personal relationships with key customers. Alternatively, they could spend more time and resources on refining products.
Of course, each industry will be impacted in different ways. Healthcare is an interesting example. With an aging U.K. population, there will be an increased demand for healthcare professionals to provide good-quality patient care and solve problems creatively with a high degree of emotional intelligence.
The tech industry will continue to thrive. As technology and automation increasingly become the fabric that society and business are built upon, the demand for skills in this area will be enormous. In fact, they already are.
The issue isn’t the demand; it’s the supply. The skills shortage around science, technology, engineering and mathematics (STEM) subjects is well-documented. An incredible 89 percent of STEM businesses have found it difficult to hire staff with the right skills in the last 12 months, while the shortage is costing U.K. businesses £1.5 billion a year, according to STEM Learning.
Invest in your workforce
One of the most important things for businesses is to take responsibility for helping their workers thrive in an automated future. This means helping them develop the skills they need.
Investing in structured learning programmes ensures they have the right skills, which might well be in short supply. Developing STEM skills is of course vital from a young age, but there’s no reason that existing workers can’t adapt and learn new skills.
Such programmes will not only help workers thrive and businesses grow, but it will foster greater loyalty and employee engagement too.
Rise of the humans
Yes, the world is changing and so too will the jobs of the future. But jobs have always changed and people have always adapted.
Automation offers a platform for an exciting future in which new opportunities and jobs will emerge. With creativity, problem solving and emotional intelligence, alongside STEM, it isn’t the rise of the robots we should be worried about, but the rise of the humans we should be excited about.
Tags:
Automation
Artificial Intelligence (AI)
Machine Learning
Education
Technology
Region:
Global

Mayur Pitamber
Mayur is a senior marketer with a unique blend of commercial and marketing experience across diverse technology segments and industry verticals. Prior to joining Insight as their solutions market manager, Modern Workplace (EMEA), Mayur was a product marketing manager at Mimecast. He has a real passion for taking the complex and making it simple, through engaging narratives which drive digital transformation.
Twitter: @MayurPitamber