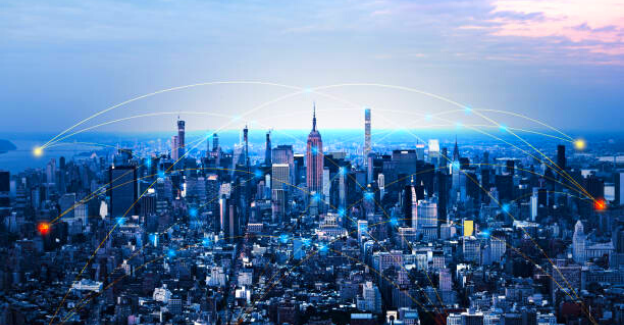 Related news:
Procurement’s Calling is to Protect the Business in Times of Crisis

The world is entering its fourth Industrial Revolution, commonly referred to as Industry 4.0. While Western economies ruled the first three industrial revolutions (steam, electrification, automation), the economies that will dominate a 4.0 World are unknown. The future is up for grabs.

Competitive advantage today lies in an organization’s ability to exploit this rapidly growing knowledge base and spot opportunities before anyone else. In essence, the continued prosperity of organizations now depends directly on the ability of their workers to generate new value consistently. Winning organizations have woken up to this fact.

What does "waking up" mean? At its core, it means understanding that there needs to be a fundamental change in how we manage and lead. In the 4.0 World, leadership is all about releasing and maximizing people’s creative energy.

So, the big question is, how long will it take organizations to realize that it is no longer business as usual? The previous two industrial revolutions hold some interesting insights to help us answer this question.

In 1987, Robert Solow, renowned economist and Nobel Prize winner, stated, “You can see the computer age everywhere but in the productivity statistics.” 1 Solow was referring to the apparent lack of return on the corporate world’s investment in computing. In the U.S., computing capacity had increased a hundredfold in the 1970s and ’80s and yet productivity growth had actually gone down, slowing from over 3% in the 1960s to approximately 1% in the ’80s. 2

The Electrification of Industry

To gain insight into what was happening in the age of computing,(aka the Third Industrial Revolution), it is helpful to look at the second revolution, the electrification of industry.

Electric motors were available to the industry starting in the early 1880s. “Yet by 1900, less than 5% of mechanical drive power in American factories was coming from electric motors. The age of steam lingered.” 3 It wasn’t until the 1920s, four decades after its introduction, that the electric motor started to have a significant impact on factory productivity. 4

In the age of steam, factories organized their machinery in a straight line because each machine had to draw its power from a belt connected to a very long steam-powered drive shaft. There were early adopters who added electric motors to their factories. Still, these adopters tended to string out the electric machines in straight lines similar to the stream-driven lines they were replacing.

Electrification offered considerable industry benefits. First, instead of one large steam engine with a long and heavy shaft running the length of the building, each machine could have its own, much smaller electric motor. Factories could be laid out quite differently. “Now, managers were free to design workspaces that optimized each task and were able to experiment and improve production processes.” 5

Rethinking the Implications of a New Technology

Why did it take the industry close to 40 years to realize the benefits offered by electrification? The prime reason was that factory floor managers did not stop to rethink the implications of a new technology. They did not consider how the factory’s processes, organization and structures needed to change to capture the benefits of electrification.

Which brings us back to Robert Solow’s observations on the low ROI in the computer age. Economists Eric Brynjolfsson and Lorin Hitt published a study showing that the key to capturing the benefits offered by computers was the same as that for electrification. 6

Their conclusion was that new processes, new worker skills and new organizational and industry structures where the major drivers of benefit realization. They went on to show that the complementary investments in the organizational changes required to realize the benefits of automation were as much as an order of magnitude larger than the investments in the computer technology itself. It turns out that acquiring new technology is the easy bit. Changing the business to capture the benefits of the technology is the hard part.

For the first 50 years of the computer age, automation tended to be little more than the creation of electronic file cabinets – lots of data and spreadsheets but no significant process or structural changes. But by the start of the 21st century, with the rethinking of workflow and the automation of such things as business–customer interactions, the benefits and rewards of computer technology where finally being realized in a significant way.

The other key – and somewhat frustrating – learning is that it takes organizations somewhere between 40 and 50 years to realize that the world has changed and that business, as usual, will no longer work.

Industry 4.0 has been building up steam for some time. But it seems to have truly gotten underway at the start of the current century as the internet bloomed. This time around, the new technology is the highly educated knowledge workers who are connected to exponentially expanding fields of knowledge.

The opportunity to be realized from this new technology is ongoing value creation. This continuous creation of value will require leaders who know how to build environments that foster the creativity of the workers who occupy them. In the 4.0 World, managers will need to manage the ether, the space between individuals. For it is this space, otherwise known as the organization’s culture, that will determine people’s ability to work together and build on each other’s thinking in the pursuit of value creation.

If past industrial revolutions are any indication, it seems that the guiding principle for many organizations will be "I will not see beyond what I have known." As a result, it will be sometime between 2040 and 2050 before organizations, en masse, get their heads around this challenge. And for the few that get it now, they have a vast playing field all to themselves.

Ron Wiens has spent the past 30 years helping organisations build high performance cultures. His most recent book, Building Organisations that Leap Tall Buildings in a Single Bound, is a leader’s guide to culture as competitive advantage. To contact Ron, send him an email at ron@ronwiens.com