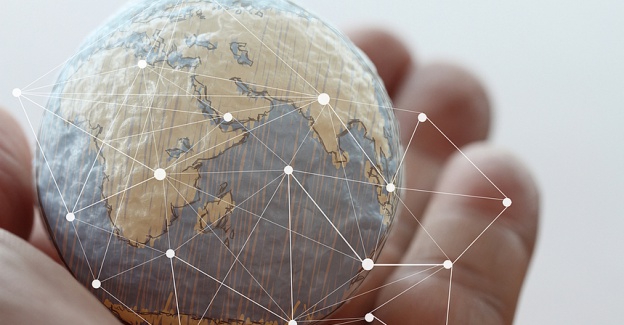 The World Economic Forum (WEF) reports that $2 trillion U.S. dollars are wasted every year on corrupt purchasing decisions. Some of those decisions may intentionally be corrupt; however, many of them are likely to be unintentional and rather, a result of an error-laden, misguided procurement process.

The WEF also reports that $15 trillion USD is spent in the public sector annually - this accounts for 15% of our GDP flowing through public procurement departments. The public sector is one that is easily relatable since, through taxes and public services, their decisions impact all of us. So, consider the fact that $1 billion USD is contracted every hour in the United States, but only 5% of government organizations are focused on modernizing and investing their technology core to become “top performers” (as per this Gartner report). This means there are a lot of file folders, spreadsheets and team meetings happening across the USA to discuss how taxpayer dollars are spent, which means there is significant room for manual error, lost documentation, decentralized communication, and risk of renewing vendor contracts that shouldn’t be renewed, to name a few. This is concerning to say the least.

Now, for those who work in the commercial sector, these public sector procurement statistics may not seem impactful at first glance. Public sector procurement has a reputation for lagging in digital transformation and with it, substantial regulatory and political complexity can lie hidden beneath the surface. Thus, the lessons in leadership outlined here can also be applied to commercial sectors - especially highly-regulated ones - to facilitate better procurement, and in turn, a better world.
The Procurement Revolution: Digital Sourcing Leads to Smart Sourcing
What would happen if the above number was flipped and 95% of government was digital instead of 5%? Payments, grant management, budgeting, permitting and procurement - arguably, the five core functions of government activity - would be operated through software-as-a-service (SaaS) solutions, in the cloud. Information would be centralized, storage and file rooms would be repurposed, and government representatives, staff and taxpayers alike would have visibility and transparency into the governing activities that impact the services and equipment they use every day. Maybe, procurement professionals would be highlighted in the news for embracing innovation, rather than being part of the latest spending scandal.
We’re not there yet, but the road is being paved. Almost every other function has experienced a digital transformation of some kind but procurement seems to be a laggard. We’re starting to see real signs of a transition starting to happen though. In fact, a company recently announced a merger of six government technology companies who plans to digitize government in these core areas. It’s companies like these that will help raise the bar. The application of cloud software to government procurement is one of the most pressing challenges of our time and it has the potential to tangibly change our world for the better.
How Better Procurement Makes a Better World
Imagine how different our world would be if people made the right purchasing decisions every time? If corruption, quality and value weren’t a concern? Hospitals would have better equipment for better patient care; universities and school districts would have better resources for better learning experiences; citizens would have better roadways, parks and services. A better world can be uncovered when smart spending decisions lead to equal opportunity, more innovation, better healthcare, better education, better infrastructure, market competition, higher quality products and ultimately, improved quality of life.
To achieve this better world means that the procurement process needs to be rewired to remove politics, bias, misinformation, corruption and propaganda. The beautiful thing about computers and software algorithms is that they don’t understand any of those things. So, by taking a first step toward digitizing the procurement process with something as simple as an e-sourcing platform, teams can eliminate many of those ailments while introducing collaboration, data insights, healthy competition among vendors, transparency and compliance. The compounding effect of utilizing procurement software for smarter decision making has the ability to lead to material improvement and an overall better world for people.
The examples listed here are primarily public-sector because they are most easily related to when speaking in grandiose terms of creating a better world. But the notion of procurement for a better world can be seen in private sector business too. Simply put, better procurement leads to a stronger “invisible hand” in the economy that spurs forward innovation and merit-based competition: better companies and products win, worse ones lose. I think we underestimate the power of this, but if you imagine a situation in which the best supplier wins every contract – every single time – how different might our industries look in five or ten years? Very.
Olinga Taeed from the Birmingham City Business School is a believer of procurement and blockchain technology. He eloquently wrote in an article in which he said, “My honest belief is that procurement will be the single largest instrument in the world to change the world – children will say they want to be a procurement officer because they will want to change the values of the world – what we buy, what we eat, what we sell, the values by which we transact. Blockchain and AI will change our processes dramatically.”
Procurement decisions have a profound impact on all of us. We don’t often stop to think about it, but nearly everything we interact with of consequence is an outcome of a procurement decision. Procurement is evolving, but complacency in decision making is the hidden specter that breads stagnation and holds us all back.
By “fixing” procurement, a hidden lever will be unlocked that will change the world more than almost anything else. A bold statement, yes, but we’re talking about trillions of dollars that directly affect every consumer. People outside of the procurement world don’t seem to realize how big of an opportunity digitizing procurement represents… we are a small dedicated tribe of believers on a mission to change the world for the better.
Region:
Global 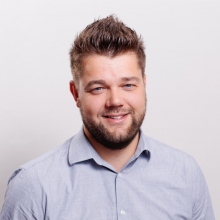 Corry is responsible for driving Bonfire’s strategic direction while overseeing the company’s commitment to help procurement teams make the right purchasing decisions, easily.  Passionate about the power of data, Corry is consistently on the lookout for how organizations can leverage insights to source smarter - not just as a function, but as a force for social good. As co-founder and CEO, Corry has led Bonfire through the prestigious Y-combinator program in San Francisco, two rounds of venture funding, and recently announced the company’s acquisition with GTY Technologies, scheduled to take place in 2019. With a degree in strategic marketing from Wilfrid Laurier University, Corry previously led marketing initiatives at several technology companies including Canada’s Silicon Valley North, Kik, and Miovision Technologies.