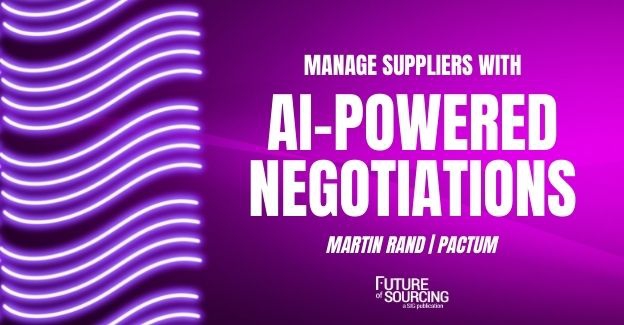 Related news:
Tracking the Evolution of Procurement and Where It’s Going Next

Continued pressures from supply chain disruptions, COVID-19 outbreaks and rising inflation are forcing business leaders to re-think their operations to cut costs. Business negotiations are an untapped source of value that can help Fortune 500 companies optimize their business processes while driving bottom-line value.

Why Current Negotiating Strategies Are Lacking

Recent data from KPMG shows that 17% to 40% of the value of supplier deals is lost due to inefficient contract negotiations.

Autonomous negotiation is an entirely new category of enterprise technology that enables Fortune 500 businesses and their suppliers to reach optimal, mutually beneficial deals at scale by leveraging AI and negotiation science. Humans have been the primary negotiators throughout history, but in fact, humans create inefficient outcomes when they negotiate. 80% of companies rely on the varying skills and biases of their managers rather than using a formal negotiation process.

On average, enterprises have millions of dollars locked in inefficient agreements and unlocking such value is difficult. Global enterprises have thousands of suppliers and they can only actively manage 20% of them (their strategic suppliers). The other 80% are left unmanaged because it would require too much manpower and be too complex to negotiate these thousands of contracts.

The Benefits of AI-Powered Negotiations

Autonomous negotiation technology provides global enterprises the ability to understand the needs of their suppliers and make offers, receive counteroffers and ultimately reach better agreements without human interaction. It also has several practical use cases for procurement teams:

AI has revolutionized enterprise negotiations. When combined with autonomous negotiation technology, hundreds of thousands of possible agreements can be evaluated – including every possible assumption about each party based on a combination of previous answers, external information, and learnings of earlier negotiations – to result in an agreement that benefits both parties. It is impossible for humans to comprehend this level of data, never mind having enough time to process it.

AI automation does not replace people in the negotiation equation but rather augments the procurement team's capabilities. Autonomous negotiation technology empowers procurement leaders to focus on critical, strategic initiatives that drive their business forward instead of spending time on repetitive, low-value tasks and processes.

Autonomous negotiations have revealed a new stage of development where business processes are not only conducted but also directed by a machine. Take smart cars for example. The term most often used is “autonomous vehicle” not “automated vehicle.” While every car is automated, an autonomous car can make the necessary decisions that get it to its destination.

The Future of Negotiations

As the global economy continues to be disrupted by COVID-19, inflation and the supply chain, autonomous negotiations are making enterprises nimbler. They can react quickly to market changes and employees are allowed to focus on strategy while the machines focus on implementation. People are worried that AI would take jobs in the future, but the reality is much more positive – AI helps humans do their jobs more efficiently, especially when it comes to negotiations.

This is just the beginning of the journey. The technology can be deployed in other areas in the future, such as employment contracts, licensing or rental agreements. It also yields the potential to help people reach agreements on major challenges, especially where global cooperation is required. 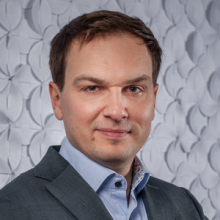 In 2019, CEO Martin Rand and his partners co-founded Pactum, an AI start-up that conducts autonomous negotiations for global enterprises and the creator of the autonomous negotiations market. He previously served as Product Manager at Skype and commercial lead for Europe for The Climate Corporation (owned by Monsanto), where he gained firsthand experience in successfully conducting complex negotiations with culturally and geographically diverse teams.