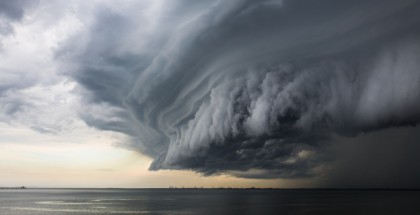 As demand for intelligent IT solutions grows and the industry faces an ever-increasing talent shortage (with IT roles being the second most difficult group to recruit for globally), businesses are increasingly seeing outsourcing as an opportunity to introduce innovation into their companies. There is a particular need for outsourcing companies in the smart city and smart manufacturing industries, since governing bodies often need advisory opinion—which can be provided by technology outsourcing providers.

In big projects like smart city development, there is also a growing awareness of the difficulties that are associated with large distances between a company and its outsourcing provider. If the outsourcing provider is in another time zone, it is often difficult to collaborate effectively, which limits the project’s progression. The need for closer geographical partnerships has resulted in an increasing amount of businesses looking specifically for nearshoring, including within the smart city and manufacturing industries.

Smart nearshoring
As more and more people choose to live in urban areas, city councils are under increasing pressure to make their infrastructure go further and cater to all their inhabitants in a smarter way. To cope with the demand for smarter cities and services, a growing number of public bodies are choosing to cooperate with IT outsourcing—or nearshoring—companies to develop a smarter infrastructure that embraces technology and improves city life.

When it comes to choosing a nearshoring partner for smart city development, there are numerous benefits. Technology outsourcing companies often educate public bodies on the use of technology and help them enhance existing resources with digital technology, which is often cheaper than introducing new physical resources. By doing this, the public bodies can gain knowledge and resources from an external company while providing the smart infrastructure that is requested.

Alongside smart city development, the manufacturing industry has seen an increase in the amount of automated machinery and services that are used and provided. With the drive towards smart manufacturing and factories fitted with cyber-physical systems, outsourcing companies are increasingly being used to help the production industry take advantage of the benefits that Industry 4.0 presents – especially by being asked to provide experts in algorithms, IoT, big data and security. Similar to smart city development, outsourcing and nearshoring organisations can provide expert knowledge and services to manufacturing companies which can enhance projects and streamline services. 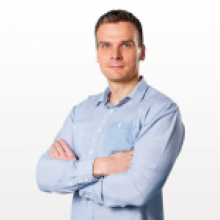 Are You Getting the Most Out of Your Nearshore Digital Transformation Partner?
02/04/2021