A tale of two outsources: good versus bad

A few years ago, a successful Dutch multinational that had always taken care of its own IT services — from the helpdesk and workspace management to system and network management – suddenly faced a crisis. When the crisis hit, the company decided the best solution moving forward was to outsource its entire IT department to a large service provider. However, in so doing, leaders there said it was essential that the costs of doing so be as low as possible. Unfortunately, outsourcing had a negative effect on the services provided by the organisation.

Specifically, the service provider had moved the helpdesk to Suriname. This was much cheaper than keeping them on the continent, but the company’s customers soon discovered that the quality of the service had deteriorated. The outsourced helpdesk staff was not familiar with the hardware and software used by the client, so they could not gauge the impact a malfunction would have on end users. In addition, the client had not standardised its hardware or software, making it difficult for the service provider to manage its systems.

The IT service supply and demand proved to be the root of this problem. Here’s why: the outsourcing company’s IT department wanted an affordable solution, but instead should have put more focus on the quality of service. If quality of service had been the outsourcer’s primary goal, perhaps the firm would have realised that outsourcing the firm’s helpdesk to Suriname was not the best for end users.

This is just one of several reasons why this particular firm should have formulated its goals and communicated them to the outsourced service provider. It is even more important that the business and the IT supplier continue to discuss and monitor solutions, while determining what can be delivered with quality and within budget. These elements were missing in this case.

Endemol, a Dutch producer of television shows, has a lot of experience in outsourcing services. Its facilities department runs its own service counter, while everything else is taken care of by external parties. The facilities department’s main task is managing the suppliers. This organisational structure worked for some time, but the services still had room for improvement. The organisation had trouble with high staff turnover and did not like having to see new faces so often. These frequent changes affected the contact with the service desk. Moreover, Endemol’s and the suppliers’ expectations did not match, leading to mutual dissatisfaction.

So when Endemol decided to relocate, it took the opportunity to make new agreements with its suppliers. To improve communication, external employees took up dedicated positions at Endemol, working under a permanent manager. The service desk also received a more central position in the new building – literally. In addition, the IT, facilities and HR coordinators began to take part in a monthly production meeting to ensure that the supporting departments stayed up to date on the customer’s expectations. Finally, the company now conducts a survey every year to gauge employee satisfaction with services provided.

IT can learn from facilities

The changes made by Endemol were noticeable, even to the outside onlooker. The employees even noted how they were satisfied with the services, and the facilities department members have said they could see an improvement in the collaboration between the suppliers and the rest of the organisation.

The outsourced service approach taken by Endemol’s facilities department seems to hold up as a great example of how outsourcing should be tackled. Its facilities department is responsible for the quality of services provided by the supplier, and sets clear supplier requirements. The supplier is closely involved with the entire organisation and there is an ongoing dialogue between the department and the customer.

Supply and demand is a natural part of operations for Endemol and many other facilities organisations: it is simply a part of a facilities employee’s daily tasks. The IT world sometimes still eyes suppliers suspiciously, but IT organisations need to learn from their colleagues in facilities management and can easily determine that the prospects for success are greatly increased as long as expectations are set from the beginning and there is an agreement about how they will be reached. 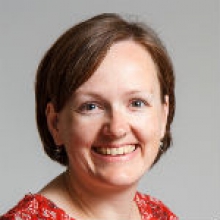 Nancy Van Elsacker is president of TOPdesk US, a leading provider of IT service management solutions and consultancy services.