Vast forests of digital trees have been sacrificed to the topic of sourcing. While the incessant stream of white papers, articles, blogs, tweets and posts we’re bombarded with are certainly helpful, don’t they all start sounding the same after a while?

While working recently with some music playing in the background, I was struck by the idea that some song titles and lyrics reflect typical sourcing scenarios as well as specific relationships I’ve encountered over the years. That got me to thinking about other songs that might also apply, and inspired the following list of ten songs that describe sourcing relationships. Whether you are a buyer of services or a provider of services, you might recognise some of these…

1. Welcome to the Jungle (Guns N’ Roses)
This song perfectly fits the scenario where the client and provider have rushed into an agreement with minimal communication, planning or alignment. Basically, each party rushes to get to their version of the end state as quickly as possible, with little coordination or communication between client, provider and key stakeholders. Both parties constantly struggle to define and meet expectations, and the relationship quickly turns to finger-pointing as the first course of action.
Key lyric: “Welcome to the jungle it gets worse here every day, you learn to live like an animal in the jungle where we play…”

2. Livin’ on a Prayer (Bon Jovi)
The song reflects a lack of insight into what tomorrow will bring. Things may be going relatively well overall, but both parties share a sense of apprehension about how to get to the desired end state. Amidst a general sense of chaos, lots of good work is being done, and the relationship is characterised by a shared commitment to success – although no one really knows how that will happen.
Key lyric: “We've gotta hold on ready or not, you live for the fight when it's all that you've got…”

3. You Can’t Always Get What You Want (The Rolling Stones)
Frequently (as in almost always), disconnects arise between desired expectations and what is actually being delivered. All parties should think through the relative importance of such gaps – are they small irritants? Or do they reflect material issues? No matter the dialogue that occurred before the contract was signed, both parties will consistently look for ways to maximise value from the relationship. The key is to manage the relationship to align as much as possible on adjustments to the agreement, and to also recognise that sometimes you can’t always get what you want.
Key lyric: “You can't always get what you want, but if you try sometimes you just might find you get what you need…”

4. My Own Worst Enemy (Lit)
Face it: sometimes when things aren’t going well you only have yourself to blame. One party expects quick and absolute decisions, while the other party requires time and deliberation to make a decision. One party expects one collective voice, while the other party has several entities with conflicting requirements, priorities and/or processes. One party thought they wanted one thing in the contract, only to find it wants or needs something else now. Whatever the situation, look in the mirror to determine what you may or may not be doing that is contributing to a strained relationship.
Key lyric: “It’s no surprise to me, I am my own worst enemy…”

5. We’re Not Gonna Take It (Twisted Sister)
A strained sourcing relationship, left on its own with little corrective action, can get to the point of no return. This “death by a thousand paper cuts” can eventually lead to one party deciding to either exit the relationship early or to not renew the relationship once the contract term ends. At this point, the trust has been broken, and practically no amount of contract concessions, price reductions, or other incentives will work. If a relationship reaches this stage, exiting the deal gracefully is probably preferable to continuing the fight.
Key lyric: “If that's your best, your best won't do."

6. Won’t Get Fooled Again (The Who)
Especially for clients in their first major sourcing agreement, many lessons can be learned and applied to the next sourcing agreement. These lessons typically include, “We retained too much or too little,” “We assumed the other party would do X and they didn’t,” “We underestimated the effort to manage the agreement,” “We asked for X but should have asked for Y,” etc. Depending on the timing of these revelations, adjustments can be negotiated within the existing agreement, or can be applied to the next agreement. Think through these lessons and update your sourcing strategy going forward. Don’t get fooled again!
Key lyric: “Then I'll get on my knees and pray, we don't get fooled again…”

7. Comfortably Numb (Pink Floyd)
As a consultant, I frequently enter into an environment where a long-term sourcing agreement has been in place and both parties have reached a state of complacency. They have worked together for so long that neither recognises the inefficiencies that exist, nor the potential value adds that are nearly self-evident to an outsider. Both parties are seemingly just going through the motions. Even as new ideas develop, processing, prioritising and making the changes required to implement and realise benefits poses a challenge. The overall relationship can be considered successful, but opportunities exist to rejuvenate and refresh the relationship to be even more beneficial to both parties.
Key lyric: “Your lips move but I can't hear what you're saying…”

8. I Want You to Want Me (Cheap Trick)
This song is especially dedicated to those providers who are so excited to have a “marquee” client that they will do almost anything to make the client happy. While seemingly great from a client perspective, this attitude can result in short-term happiness at the expense of longer-term pain. At some point, the provider has to stop coddling the client. Otherwise, the compounded cost of fulfilling the client’s every minor whim and desire erodes the provider’s business case and materially affects their P&Ls. Typically, this results in the provider’s executive team taking control and invoking startling behavioural changes to try to rectify the situation. This can become a huge strain on the relationship and usually results in key personnel changes to attempt to correct the situation.
Key lyric: “I want you to want me; I need you to need me; I'd love you to love me; I'm beggin' you to beg me…”

9. Money For Nothing (Dire Straits)
Even when the relationship is good, services are being delivered, and contracted price points are being met, many clients will start getting a sense that they are paying more than they should be. This is particularly true when the provider increases its offshore delivery or implements tools, automation and/or autonomics to reduce the labour required to provide services. Even when those changes are allowed (or maybe even specifically required) in the contract, clients can’t resist counting bodies and wondering if they are paying “money for nothing.” While the contract may contain benchmarking clauses, they can be ambiguous and difficult to execute and enforce. If that’s the case, the parties can instead discuss the issue and agree on a course of action that allows the client to realise some of the additional cost benefits, while also allowing the provider to improve its margin.
Key lyric: “Now that ain't workin' that's the way you do it, lemme tell ya them guys ain't dumb…”

10. Should I Stay or Should I Go (The Clash)
As the saying goes, the grass is not always greener on the other side. However, after a long-term sourcing relationship, especially one that has had its share of ups and downs, a client may decide that moving to another provider will yield benefits. Many times this is an emotional decision rather than one based on facts. Take an objective look at the situation and ask questions such as, “What problem goes away by making such a move?” “Why can’t my current provider address the issues?” “Is the transition cost and risk worth the perceived additional value?” and “Could it get worse instead of better?”
Key lyric: “If I go, there will be trouble, and if I stay it will be double…”

Sourcing relationships are complicated. Yet, the complexities, angst and heartache that often characterise them are not unique. In fact, many of the songs we grew up with (and perhaps still listen to today) speak to the difficulty of making a sourcing relationship work - which suggests that (as we focus on issues such as value realisation, mature vendor management, scope realignment and process optimisation) we consider that at an important level, sourcing relationships are fundamentally human in nature. Or as the Monkees put it (via Neil Diamond’s lyrics): “It’s a little bit me, and it’s a little bit you, too.”

(Editor's note: any readers feeling inspired to contribute their own additions to this list are more than welcome; if we get enough we'll publish a sequel to this article at an appropriate juncture. Please send all suggestions through to me at hcorr@sig.org.) 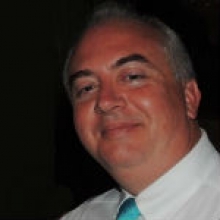 David Mitchell, an Alsbridge Managing Consultant, has more than 25 years of IT outsourcing experience across a number of service lines. His areas of expertise includes all aspects of the sourcing process, from assessments of pricing, contracts and relationships to RFP development, provider evaluation, provider selection, contract development, contract negotiations and transformation.