Relationship marketing: is the (out)sourcing of innovation a buyer's dream challenge?

I recently posted on LinkedIn an article relating to the outsourcing of innovation, how large corporates were joining up with entrepreneurs and startups in the fashion, cosmetics and lifestyle sectors to form a 'supply chain of innovation'; and what opportunities and threats this type of relationship pose to an entrepreneur and SME from an agility and independence perspective.

The world is a changing place and is indisputably more connected than it once was. Whereas in times past, corporates engaged their workforce with contracts of employment and procurement may not have had any influence at all over the insourced/outsourced resourcing ratio of their employer, the initial interview process was the place to determine whether two parties were suited to and could 'trade' with each other in terms of an employer-employee relationship. In order to comply to a rigid organisational structure, the annual review process would seek to mitigate any upward pressure that any member of staff might seek to exert for that promotion, and the laws of physics would rule on the acceleration that they'd experience as a result - if indeed the force that they had exerted in an upwards direction for that promotion didn't equal the force being exerted on them from above in a downwards direction in order to maintain system equilibrium. At least some laws (eg Newton's in this case) are not able to be broken.

But, slowly but surely, organisations are challenging this way of thinking and doing. There is a saying that if there isn't a path open to you then you make one yourself. These days, good candidates don't want to wait around... and they won't. From a talent acquisition perspective, competitors who act more nimbly will court and engage them, partly because the way in which that engagement process works (ie nimbly and slickly) plays to the very values that that talent aligns with. Large corporates (eg Accenture) are starting to ditch the annual review process whilst others (eg KPMG) start to challenge their own recruitment processes; and we see the emergence of temp-to-perm 'try before you buy' contracts so that both parties can test the mutual fit potential before making deeper commitments towards each other.

So when it comes to presenting oneself to market, a successful inventor and entrepreneur doesn't really look for an established career path because he knows that one will most probably not exist. They would baulk at the very notion of selecting from a list of four personality traits the one that "most matches" and the which one "least matches" them, 50 times over, because they probably know that by definition as an entrepreneur they'd break the model on which such a test has been constructed; or at least they would sit towards the very extremes of the bell-curve of distribution of respondents and would therefore most probably be overlooked. Not knowing what proportion of the overall recruitment evaluation is being placed on such a tool may also be a factor affecting engagement, when, being business-minded, they are looking for more certainty of return on their investment in time and effort. They might not fit what the company thinks is a typical requirement profile and what they were looking for, so might disengage from the process entirely, to the loss of the company concerned.

Yet at the extremes of that bell curve arguably sit the best sources of innovation and therefore competitive advantage. The challenge from a recruiter's perspective is to manage the overlap of that bell curve in relation to where the candidate is placed on it vis-a-vis whether to engage them or not - and this is before the candidate has already been engaged by another organisation with a nimbler and slicker engagement process.

So how to make that process nimbler and attractive? Well, one way is to outsource that innovation and not seek to take that talent in-house from the start. The process for engaging interim talent is arguably quicker than an in-house engagement and the assignment can serve a testing ground for both the individual and engaging organisation to assess the potential for any form of longer-term arrangement, lessening the criticality and burden of the initial interviewing process to perform. This approach would appear to be backed up by the startup initiatives referred to above and acknowledges that not all innovation can be pay-rolled but kept at arms length.

In order to understand more about the supply chain of innovation we recently conducted a survey among specialist procurement and asset management agency and interim service provider recruiters, which highlighted that for interims placed between £300/day and £2000/day, an equal number of respondents indicated that, first, prior working with the interim resource as well as, second, the perceived level of individual/organisational capabilities and technical know-how were the two joint most frequently used factors considered by clients when sourcing interim talent. This suggests that clients equally source their interims from the same source as previously used as well as drawing from new sources and highlights an interesting dynamic concerning relationship marketing, client/customer loyalty and the channels used for the sourcing of interim talent, arguably a source of innovation. When efforts are being made to extol the virtues of relationship marketing from a sellers' perspective, buyers will be working on the opposite side of the relationship to make sure there is balance between continuing the relationship with an incumbent supplier and seeking new sources of innovation. (For more on this, see a debate on Inc.com investigating the impact on innovation of focussing on low-cost client retention.)

Additionally, survey respondents indicated that for between 11% and 25% of interim placements, they were aware of being tendered to in parallel with the major consulting firms for securing procurement talent and transformation expertise. Assuming that the respondents were fully briefed by their clients on what channels were being used to source the talent, this suggests an interesting division of market share of interim resources compared to established consulting firms plus an apparent willingness on the part of clients to tap alternative channels for securing interim sourcing and procurement talent.

With the brief of leading a major procurement transformation project being the primary requirement of an interim resource for up to 50% of the placements made over the last 12 months as declared by the survey respondents, it certainly pays to interrogate the interim channel as well as consulting firms when organisations have a need for transformation expertise in the procurement and asset management area.

In future articles, we'll dig a little deeper into more of the survey responses and offer some more perspectives on the outsourcing of innovation and talent. At the current time we'd very much like to thank those individuals and organisations who participated in the first survey and we very much look forward to working together on future collaborations. 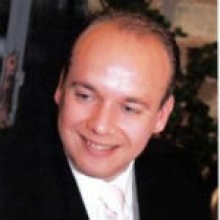 Colin Bidewell is the Founder, Director and Principal Consultant at Pathway Consulting Group Limited, a start-up micro-advisory and implementation practice focussing on sourcing, procurement and asset management. Colin's career history to date spans positions of increasing responsibility from buyer to Strategic Head of Procurement (CPO) across multiple industry sectors including financial, professional services and BPO from both provider and client perspectives.