OPINION: Why Lebanon as a hub for business process outsourcing?

A couple of years back, I approached a number of legal process outsourcing (LPO) firms - all of the largest and most reputable American and British ones. Many replied; only one expressed interest and took it further. I made a proposal to establish a centre in Beirut, Lebanon, and was hoping it would go further - but it didn’t.

But what if it had? What would have happened?

I had the idea that India was the leader in this area, with highly skilled, cost effective, educated and English-speaking labour. I listened to the explanations of visitors and understood better why it made sense to go to India. But I realised as well that this does not exclude coming to Lebanon, and that all the requirements are satisfied there.

To make the case, I will list those requirements, considering they apply to LPO and to BPO more broadly.

In Lebanon, in the capital Beirut or in suburban areas, premises are easy to find; they’re not expensive to buy or to rent; and they’re easily reachable.

Business process outsourcing firms usually require certain standards of technology and automation to enable them to conduct business well. One of the most important of these is security: firms require optimal security of the documentation and confidentiality of data. On such matters, the Lebanese market and engineers are at the cutting edge.

Most of the educated Lebanese population is trilingual: Arabic is the mother tongue, French and English are second languages.

Lebanon benefits from a good reputation in education. It is rich with prominent business and law schools that are accredited and recognised by top international schools. A number of students graduating from Lebanese schools go on to pursue their Masters in western universities such as Harvard, INSEAD, Georgetown, UPenn, UCLA, Oxford, Cambridge, Queen Mary, King’s College, Paris I, Paris II, HEC, ESSEC, IE, LBS, LSE and many others.

The top Lebanese universities are already, in the case of business, accredited by AACSB, AMBA, or a reputable western board, and in the case of law, in collaboration with European law schools. Consequently, many of the diplomas issued are double diplomas.

Considering English is the business language, at least in a major part of the world, most business schools already deliver in English, and consequently, acceptance to their programs requires language proficiency.

As for law, most schools in Lebanon used to deliver their programs in French and Arabic. With the spread of English in international business, contracts, standards, corporate relations, etc., universities in Lebanon started to introduce English in their curricula, from courses in English legal methods, through introductions to common law, to other key topics and English language courses.

Back to my story: I had made a proposal supported by real figures showcasing a simulation on cost (investment) and a projected cash flow. It covered criteria such as the number of employees; performance by hours per month and per year; the charging rate per hour; gross earnings; overheads; and others. I had reached the conclusion that outsourcing to Lebanon is viable and profitable and is more cost-effective than outsourcing to India.

In Lebanon, setting up companies is fast and inexpensive. Some forms of companies may cost you less than $1500 in once-in-a-lifetime setup fees and other acceptable retainer fees for professional advisors.

In this area, for western markets, Lebanon definitely beats outsourcing to the East!

Considering all of the above, it is plausible to encourage investors to uncover the potential of outsourcing to Lebanon.

I hope it goes further. 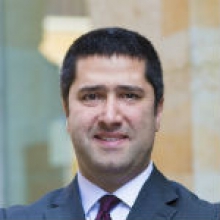 Frederic Chemaly is the Managing Partner of Chemaly & Company, a corporate advisory services firm; and the Corporate Secretary of Malia Group, a regional holding present in various industries: consumer goods distribution; technology and management solutions; fashion and luxury; engineering and contracting; and hospitality and real estate. He speaks and writes about law, governance, risk and compliance. Frederic worked previously as Senior Counsel for a major regional bank. Prior to that, he worked in Abu Dhabi for an international oil and gas engineering company, handling legal and human resources matters for its site-based employees. Frederic is a graduate in Law from the Saint Joseph University – Beirut; he holds a Master’s Degree in Public International Law from Paris and a certificate in Corporate Finance from the University of Sussex, UK.