Are underdeveloped business practices holding back your growth?

For outsourcers, a commitment to best practice processes is absolutely vital for success. They not only ensure that your business is offering best-of-breed services, but they also go a long way in reducing overall business costs and working capital by as much as 15 to 20 per cent. These result in a highly competitive enterprise, able to maintain growth while driving business-wide efficiencies.

Given how essential S&OP practices are for driving both great services and lower costs, we’re surprised by the relative lack of maturity of such practices in modern businesses. We conducted research across 20 different countries and five continents to examine how S&OP tasks should be performed and how they are actually being carried out. All in all, we analysed 600 S&OP processes worldwide to review the maturity of S&OP processes across a range of organisations.

The findings revealed a common theme: S&OP practices are regularly under-developed and often pigeonholed as simply a supply chain issue amongst modern businesses. In fact, nearly a third of current S&OP processes are found to be simply inadequate, despite the fact that as a practice it has been around for decades. The reality is that all areas of S&OP, right from the data level used, to the cross-functional working behaviours exhibited are significantly underdeveloped.

This was both surprising and unsettling. Organisations that are failing to address the competency of their S&OP practices are doing themselves a disservice by failing to act on proven processes that have a recognised ability to enhance business performance. As a process it is one of the oldest in supply chain, yet firms are failing to capitalise on it.

The question now changes: what can be done to change this state of affairs?

First, businesses need to examine how they are employing S&OP practices currently. Our research rated business across three levels: competency, proficiency and mastery. Some 28 per cent of businesses had not reached the basic level of competency in their processes, while only a tiny five per cent have progressed to ‘mastering’ S&OP and unleashed its true potential. It is essential that companies aspire to become masters of this process, to lower business costs while achieving strong growth.

It’s clear that there are seven core areas that can play a significant role in improving the effectiveness of a firm’s S&OP processes. If handled and managed correctly, they can enable better delivery of business-wide benefits:

1. Despite the forward-looking nature of S&OP, historical performance metrics show it is still very focused on short-term issues. If businesses were to take a long-range view, considering a period of three to 24 months, they will allow their companies to resolve issues before they occur instead of continually reacting to them.

2. S&OP processes tend to concentrate on reviewing the entire plan but this means that emerging trends or issues can be ignored. Focusing on significant changes that might have occurred since the previous view means issues can be corrected and acted upon in good time.

3. The majority of S&OP processes are performed at the wrong level of granularity, resulting in the process getting drowned in detail. Across all sectors, the level of detail used was similar, but they remained merely ‘competent’. By reviewing the overall plan at different levels for various horizons, time spent forecasting can be reduced so the process can concentrate on resolving exceptions and analysing trends to improve business performance expectations.

4. Many S&OP processes tend to ignore previous business assumptions made when initially creating a business plan. This was apparent as a significant number of those we surveyed were merely at ‘competency’ or lower in this area. Without recording or reviewing business plan assumptions they cannot be understood or, most importantly, challenged.

5. Most S&OP processes are still not seen as cross-functional and this is typically seen as a major barrier to the benefits of S&OP. Finance departments, for example, are often reluctant to engage in this process and therefore the IBP (Integrated Business Planning) concept remains elusive for many. The ultimate goal is to have an agreed plan that is used for volume and value planning throughout the business.

6. Behaviours are often not sufficiently addressed in S&OP implementations and on-going process effectiveness is rarely measured. An effective S&OP process should focus on decision-making, with unresolved issues escalated throughout the process.

7. Despite advances in planning system functionality, we still have not seen a move to ‘mastery’ in the use of these systems to support the S&OP process. By implementing an effective advanced planning system (APS) an organisation will be able to unlock the next level of S&OP support.

These matters aside, the key problem that persists with S&OP is its consistent relegation out of the board room as simply a ‘supply-chain issue’. This is an all-too-common blockade for those looking to unlock the reduced overall costs and increased growth that the practice can provide. By recognising it within their wider-business contexts, organisations will then be able to unlock significant business benefits including cost savings, improved efficiency and streamlined processes. 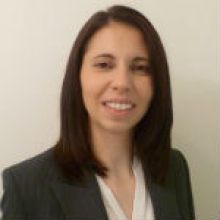 Amanda Littlecott is Senior Consultant at Crimson & Co, the global supply chain consultancy. Amanda is a logistics professional with 14 years' experience across a wide variety of industry sectors.