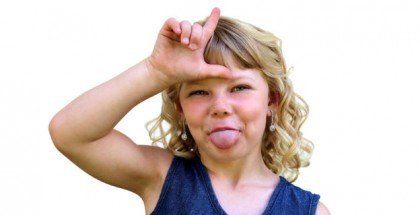 A couple of years ago, as part of our ongoing Top Ten series we published a collection of some of the finest, most cutting terms of abuse ever heard in a professional environment (soon to be followed by a second): along with transforming the global business landscape, members of the outsourcing community certainly appear to possess world-class talents in the fields of invective, calumny and scorn…

Having spent a few quarters catching our breath, we thought it might be time to revisit this topic, and we’ve spent a while collating possible entries (pausing only to pick our jaws up off the floor or to collapse in amazed hysterics). Remarkably, there were so many gems we couldn’t limit the list to ten, so expect a follow-up to this follow-up over the next couple of weeks. Meanwhile, prepare for some truly tremendous insults levelled by, and at, your peers…

1. “They were so bad, we’d have had a less negative impact on our business if we’d put our customers straight through to our competitors’ sales departments.”
We suspect the leading contact centre provider in question won’t be approaching this lady for a testimonial…

2. “He’s one of those ‘touchy, feely, assault-y’ types.”
Said to the Outsource editor about a fellow from one of the largest BPO providers, sponsoring an event last year, who – lo and behold! – proceeded at the drinks reception that evening, after a successful day and a few gallons of wine, to slip his arm around the midriff of a dumbfounded woman working on event ops who hadn’t said to him a word of encouragement, or anything else. You know who you are, sir: shame, shame on you.

3. “They, not hope, were the very last thing left in Pandora’s box. They were supposed to escape with all the other evils but they couldn’t find their way out of the box.”
This superb summation (describing the speaker’s outgoing app-dev provider) was delivered to hearty applause at a conference in the autumn of 2014 and it’s stayed fresh in the memory of the colleague who recounted it to us. We’re not surprised: hilarious, erudite and mordant, it’s got it all.

4. “You can’t tell me that guy hasn’t killed someone. Probably a whole ton of people. Hell, he’s probably offed a few on his way from the airport.”
The lady who opined thus to Outsource did so with a visible shiver, and we realised that she was being deadly (pardon the pun) serious. We later discovered that the gentleman in question is a former member of his country’s armed forces, and has seen combat – though, hopefully, not whilst in transit to an outsourcing awards night…

5. “She lights up the room.”
“Yes, with a red lamp she puts by the window.”
A former colleague overheard two of outsourcing’s grandes dames describing a younger woman in this way towards the end of last year. We at Outsource are not here to pass judgement: in challenging economic times, we’ve all got to put bread on the table…

6. “It’s a joke, a farce, a charade. It’s a bloody disgrace. And I’m saying that, and I’ve actually ‘won’ one of the damn things!”
Uttered with more disgust than words on screen could ever convey, the above sums up perfectly why certain of the industry awards in the global outsourcing arena might not have quite the integrity for which one might hope…

7. “They make the Cosa Nostra look like the Boy Scouts of America.”
In a similar vein, at least one Outsource contributor believes there may be a few methodological shortcomings on the part of one of the leading analyst organisations. Perish the thought!

8. “The only way he’s getting into Heaven is so all the righteous can feel even more blissful beating him up for eternity.”
We’re thinking the gentleman who told this to Outsource wasn’t paying too much attention in theology class – but we can forgive him, as he was talking about one of our competitors!

9. “He thinks he’s God’s gift to women. I’ve asked the whole office and we’re unanimous that we’d prefer piles.”
It’s rare to find the Outsource editor speechless, but when this fabulously damning quip was relayed to him he was genuinely dumbfounded. To be fair to its author, we’ve spent enough time with the would-be Lothario in question to know where she and her colleagues are coming from.

10. “You remind me of that guy from Reservoir Dogs. You know, the one who cuts off the cop’s ear.”
“Michael Madsen?”
“Yeah, that’s it. Michael Madsen.”
(preening) “You think I look like him?”
“No.”
To demonstrate, in closing, that we at Outsource can laugh at ourselves just as much as at anyone else, the above conversation took place between a thitherto charming, fascinating and positively delightful woman and… the editor himself. (Just to clarify: no ears have been harmed in the making of this publication.)

So there you have it: all’s fair in love, war and outsourcing, apparently. If you’ve got your own examples of top-notch taunting, peerless persiflage or incredible invective, get them over to the editor at jliddell@sig.org – we’ll try to incorporate as many of them as possible into subsequent columns.