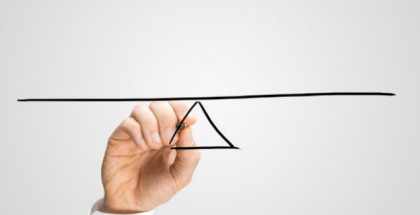 In the 1980s it was simple: there was little sourced service. Then came the bandwagon and many jumped on, keeping the thinnest retained shell. What are the challenges now as the pendulum of fashion and practice continues to swing?

Trends in the market

Some projections of future events are little more than crystal-ball gazing. Others have more substance. I have recently been much taken by an observation by Daniel Burrus he calls ‘Hard and Soft Trends‘: “A Hard Trend is a projection based on measurable, tangible, and fully predictable facts, events, or objects. It’s a future fact that cannot be changed. In contrast, a Soft Trend is a projection based on statistics that have the appearance of being tangible, fully predictable facts. It’s a future maybe. Soft Trends can be changed, which means they provide a powerful vehicle to influence the future, and they can be capitalised on.”

Some hard trends have fundamental implications for what a service organisation needs to do; and in particular here I shall concentrate on the retained organisation. The trends I pick out for discussion here are:

There are of course other trends such as digitising/channel shift, big data, cyber and others that affect the services that are delivered. They are not discussed further here as they are seen as having less effect than those above on what the retained organisation has to do.

The initial cloud effects on retained IT were trivial. This had a lot to do with supplier marketing departments slapping the label on old services whilst changing nothing under the covers. Old dedicated datacentres were suddenly “private cloud”. The reality of change was a little slower for most and eventually far more fundamental. It took time to convert payloads so that they could be virtualised.

There has been a set of changes that have come in all together with a concomitant set of effects. I therefore put all the changes together first:

The effects of this for the retained organisation include:

Although running governance has theoretically always been the customer’s accountability, almost without exception in prime contracts, the customer is a passenger on the supplier’s ride. I saw a Prime supplier manage this with consummate skill. They had deep insight into the customer’s organisation and some highly skilled, intelligent, and manipulative consultants running it. They knew at all stages what the customer would be asking and should know about. There was the routine “where are we against SLA and budget?” and the “What the **** happened here?” The monthly pack told a story with a coherent narrative and supporting data. Every question had been thought through and the presenters had all the answers (all of which had a kernel of truth). It was a masterclass in customer management. The information was relevant and the customer staff needed the data to convey to their business users, so meetings were well attended. The skill of the teller allowed uncomfortable matters to be put in perspective if not avoided.

Another customer had a supplier management function that was closer to the Keystone Cops. I asked to see the most recent service reports and was shown something seemingly produced in a primary school four months before. There was no current data and the little presented was selected to obfuscate and hide performance. That organisation has a chasm of capability to cross and had no idea of the questions it should be asking, let alone what the answers should look like to hold the supplier (exiting at the time) effectively to account. Governance is tricky!

On the face of it, automation is simply something that a supplier is expected to do as part of their service. It happens within their box and how they do it is their concern. This need have little impact upon retained IT.

I identified DevOps as being a soft trend, as it is currently an emerging approach. There is a lot of talk about it but few are really doing it. However, when one looks at who the few are and delves into what is being done, this is rapidly hardening as a trend.

With the rise of DevOps, very different perspectives and concerns arise. When combined with multiple-suppliers, the retained organisation may put itself in the role both of SIAM and of supplier-broker. The DevOps interest then spans multiple organisations that the retained IT is accountable for bringing together. Automation of the transitions and interfaces is not an option: it is essential. This is no longer just within a single supplier’s box, it spans them and the retained organisation has to run the interfaces. This means that the performance of the overall service will increasingly depend on the quality of the retained coordinating function.

Success in this role demands a whole new intensity of the skills identified above under cloud, as well as a slew of others:

Most of these are skills familiar to business consultants, some of whom may be engaged delivering IT projects. This is no accident as much of the genesis of DevOps thinking comes from engineering/manufacturing. This is a different mind-set from those who grew up in either a Stygian data-centre or a West Coast start-up. These people do not yet speak the same language.

DevOps automation requires the selection of targets giving the highest return and the sophisticated design and delivery of tools, many of which are emerging rapidly and are quite unstable. Some will be superseded by emerging market standards. You will back some of the wrong horses if you are to proceed at speed, so need to be able to swap them without crashing the whole shop.

The emphasis here is on competing on speed first, cost second. This is not to dismiss the importance of the budget. Just that if you want to manage cost and are using a DevOps approach, the way to do it is to drain the work-in-progress and attack delay in hand-overs and you will get your financial reward. Do not start by looking where to shave x% from budgets, that leads to sub-optimisation.

The industry press is full of surveys that track the migration of technology spend from the IT budget to marketing. When it comes to mutual incomprehension, this pair is difficult to beat. If marketing does not get what it wants when it wants it from IT, they frequently just go out with a credit card and buy it from the web. “Shadow IT” can be bigger than official IT. This makes internal IT just another service provider. Prices can be compared with the market as can delivery lead-times. That can be uncomfortable for those steeped in the ancient ways of departmental cost allocations and obscure recharge. IT has not had to be commercial.

This requires the retained service delivery organisation to make its charges both transparent and market-competitive. It has to move quickly too. The service catalogue has to be clear and relevant. This is a perspective that has nothing to do with the competence of IT to run technology (which is taken for granted here) but the ability of the organisation to deliver value to its customers and charge in a comparable manner. Price Times Quantity is the new rule. Business Relationship Management conveys the information about performance, value, cost and upcoming need between the customer divisions and the service provider. This is an increasingly commercial relationship requiring skills that are as far from tuning a SQL database as is marketing from IT. And that is before we get into innovation, “service credits” and performance commitment.

Offshoring is used increasingly by both retained services (shared services) and outsourced. The effect on the market has been profound in lowering market expectations of the price of services, whether or not an individual customer exploits this approach.

Even though it has been around for so long, some are still new to it. The effects on the retained organisation are perhaps the least of the set examined here, affecting what needs to be done less than where it is undertaken. There is significant work to be done for a small number of individuals involved in managing the transition. It is common to assign retained staff to the offshore delivery unit in a liaison capacity as well as to have offshore staff on rotating assignment to the customer site.

There can be significant cultural issues for both parties as they learn how to deal with people from the other location. Training in cultural awareness can help here. I have seen some arrangements work very well, particularly where the customer departmental managers recognise that their offshore staff are part of their team and treat them as such. I was in such an environment during Diwali, finding one morning that the offshore assignees came into the office in traditional dress and had arranged a buffet lunch. Most hospitable and enjoyed by all.

The business of IT has always been about change. Although this has been an IT-centred article, much applies equally to other services (F&A, HRO, product engineering etc.). For those who can observe and work out where to position themselves and their organisation, there is much here to bring hope. The greatest shift is perhaps to recognise that now every function depends so heavily on technology that effective IT is embedded throughout the business processes and strategy development of the enterprise. This needs people that can connect and command respect as well as deliver the code. With increasing use of sourced services we need to enhance the retained function.

I love making sense of change. If however you wish for stability, this is not a wise place to be. 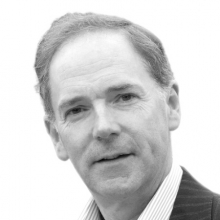 Look Before You Leap: How to Evaluate Your Outsourcing Options
02/24/2020