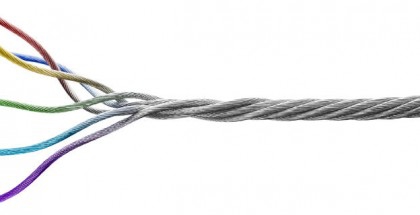 Before discussing the rewards available for a financial services organisation in the cloud it is important to get an understanding of the regulatory backdrop. In October 2014 the Financial Conduct Authority (FCA) launched Project Innovate, an initiative to foster innovation in the cloud. The key driver behind this project was to understand in more detail where the regulatory framework needed to be amended in order to foster innovation. The UK government and the FCA have broadly recognised that in order to foster innovation and remain at the leading edge of the financial services industry, innovation needs to be embraced and promoted. Interestingly it is often down to the location and movement of data that the cloud encourages that drives some of the regulatory challenges.

Indeed, the FCA defined the following three points as significant:

Companies should also be aware of new legislation and how it impacts a move to the cloud, specifically new EU Digital Single Market strategy and the reform of EU data protection legislation. The exact form of the cloud service adopted, whether PaaS, SaaS, IaaS or another flavour of cloud does not change how an organisation adheres to regulatory requirements — and when outsourcing to a third party, the organisation must still be aware of their obligations under the relevant regulations.

Despite the significance of the three points identified by the FCA, the financial technology industry in the UK is already booming and offers some of the larger financial organisations a view of how cloud can deliver genuine rewards.

So with the backdrop of a heavily regulated industry, albeit one that is trying to incorporate cloud, how do new and traditional organisations begin the lengthy process of unlocking benefits in the cloud — benefits already realised in other less regulated markets such as content and digital media.

The answer lies not in adopting a “just cloud” strategy but in pursuing the goal of hybrid IT. Hybrid IT is defined as an approach to enterprise computing in which an organisation provides and manages some IT resources in-house but uses cloud-based services for others. When talking about cloud the first thing that often comes to mind is the public cloud providers and, from an enterprise perspective, how this pillar is being adopted today. In Q1 2015 AWS reported revenues of £1.57bn, just slightly more than the sum of its four nearest competitors Salesforce, Microsoft, IBM and Google.

It is the adoption of a hybrid strategy that will deliver the most significant benefits to financial services organisations. In the past some organisations have treated the move to the cloud as a binary decision: they will or they won’t. The complexities of managing multiple IT environments will not go away, however, and technologies that allow you to move workloads effectively and efficiently across multiple IT environments are becoming more readily available. Imagine if your hybrid IT environment consisted of access to a public cloud for cheap, flexible compute. Your revenue-generating applications are managed by your organisation in a colocated environment as you do not wish to lose control. Regulated applications sit in the cloud with a third-party cloud provider to ensure data location and for longer-term projects your third-party provider offers an enterprise cloud. It is when all these clouds align that you will reap the rewards of migrating to the cloud. 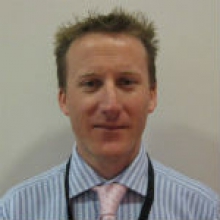 Adam Eaton is Sales Director at Pulsant. He is a dynamic business leader with over 20 years' experience in IT, from business consulting to sales and sales leadership and is passionate about how new trends in IT can be used as the foundation upon which businesses drive future growth. Adam believes that if you build the right sales organisation with the right talent you will increase revenue in existing customers and drive incremental new business. A current focus for Adam is in building new business sales teams, the debate about hunters versus farmers and how to implement a repeatable model that will drive new logo business. At Pulsant, Adam is part of a dynamic and fast growing team working to deliver significant customer value to organisations who are increasingly viewing their IT Strategy as a source of competitive advantage.