Culture gaps in a shrinking world

In so many ways the business world is smaller and more accessible in the modern era – a place where even tiny online companies can trade globally, where people travel for work as a matter of routine and where businesses become international by outsourcing tasks across all seven continents.

There’s a rather English (and American) assumption that our culture is at the centre of the world and therefore everyone understands us. After all, most of them speak English, right?

In fact, many other cultures find English culture and English ways of indirect communication very difficult to understand, and it can lead to miscommunication.

That’s a big problem because, ultimately, with third-party vendors and outsourcing, communication is the key to business success.

The two most obvious disaster scenes are global conference calls and international meetings: the times when we all come together with a joint aim but with very different methods of getting there and very different and deep cultural influences that determine how we do it.

We’ve all as employees – at one time or another – had to take part in a conference call, which has subsequently been hampered by bad connections, background noise, cultural clashes and colleagues with different accents or varying levels of English. Not to mention the people who talk too much, too little, or never say a word!

Following a global call you may well end up thinking “Well that went as well as can be expected.” However, is that really good enough for something so time intensive, especially when you take into consideration not just time spent on the call but also preparing for it?

As someone who professionally coaches employees on coping with cultural differences and helps businesses succeed in global relations, I’m often asked how to make global conference calls more productive. So we’ve developed some tips to not only enable businesses to see conference calls as an opportunity to build global leadership skills, but also to deliver them successfully.

The main thing to remember is there are two main aspects of global conference calls, which often overlap, but which are both critical to the time being spent productively.

On the surface level there are all the obvious complications of people talking all at once and misunderstanding each other. But on a deeper level are the underlying reasons for misunderstandings: the cultural differences in the way we listen, interact and communicate. Failing to understand or accommodate those differences can make a call very difficult indeed.

Just imagine a call between David and his team in the UK, Masako and her team in Japan and Gianni in Italy. Masako is finding it tough to keep up with the fast-paced English, who all feel under pressure to contribute to the call (even, perhaps, when they don’t have something important to add).

Meanwhile Masako’s colleagues are waiting for their turn to speak – cultural conditioning prevents them butting in – but it never arrives. Back in the UK they are wondering why Masako’s team don’t say anything. Do they even have an opinion?

Gianni, meanwhile, is talking lots – but isn’t being understood. And, bogged down by British politeness and Japanese cultural reservation, nobody on the call is going to say so.

It’s a mess, right? And research shows, too, that just having global exposure is not enough to increase your global skills.

So, here is a radical solution: see a global conference call as an opportunity. An opportunity to build your global leadership skills. Next time you have a call, choose just one specific skill from one of the two main aspects and plan an action step around it that you will carry out.

Here are some suggestions:

To deliver these improvements successfully I would offer these final tips:

Succeeding in global communication is all about building understanding – so make sure you plan your next step and stay curious about other people’s influences and drivers.

In a world which is shrinking all the time, understanding cultural differences and finding ways to communicate effectively are only going to become more and more important.

Here are some thoughts on how different nationalities may require different approaches from British professionals when in meetings or on conference calls.

Germany
• When giving feedback, be as direct as you can. Concentrate on what needs to be changed or improved and point that out. Instead of ‘Perhaps you could consider…’ use something more direct such as ‘Some of this is not right, please change xyz.’ As rude as that might sound for a Brit it isn’t for a German. Still not convinced? Keep in mind that feedback which seems polite to a Brit might be both confusing and even seem dishonest to a German who values direct communication.
• Be careful with using British humour. Germans use humour much more sparingly in professional situations. Also, British irony is often lost on Germans – and many other cultures for that matter! British people joke as a way to get someone on their side but sometimes they achieve the opposite when doing this abroad!

Poland
• Brits tend to aim on using first names too fast (or immediately) when speaking in Polish. Poles tend to be more formal and would like to be called Pan or Pani for quite some time. When speaking English, first names usage is more common but just remember to be a bit more formal initially than you would in the UK.
• A big challenge is operating around the business calendar, which is somewhat shorter than that of the UK. Bank Holidays can often be on a Wednesday or Thursday and it is common for people to take a day or two before the holiday or even the whole week off. Always check for business holidays before planning a trip or a call and then check with who you want to meet to make sure they will be at work.

Brazil
• Brazilians tend to associate English-speaking people with the US, and might be a little confused when faced with a slightly with a different accent and sense of humour than they are expecting from an American.
• Business meetings and calls are often scheduled about two weeks in advance. Also, make sure you reconfirm the meeting with a call or email a day or two before it is scheduled to take place.

Panama
• Panamanians do business with people, not companies. So a focus on building a network and maintaining relationships is key. This means finding ways to spending quality time with people when you visit and not just jumping to the task. Take time on a call, too, to get to know people.
• In Panama the sense of time, urgency and deadlines can be very different than in the UK, so be very conservative in estimating how long it will take and how much it will cost to complete a project. This applies to large scale projects as well as a tasks you outsource or delegate.

Indonesia
• Indonesians may not hold back on some topics not often discussed or considered rude in the UK. These could include your weight, marital status, age and religion. Plan an answer you are comfortable with ahead of time on these topics.
• If visiting Indonesia, you will almost certainly be offered snacks or tea at business meetings. It is good practice to wait for the host to drink (or eat) first or to specifically ask you to eat – before starting to drink.

Hong Kong
• Most communication, even if the person is in the cubicle or office next to you, will be done through a computer screen on an instant messages programme. Do not take it personally if people prefer an instant message or text to a phone call or face-to-face conversation.
• Taking clients out for lunch is really important – a lot of locals are taking out clients to celebrate ‘Christmas, New Year and Chinese New Year’ in one meal. Going out for an informal drink after work as you would in the UK does not work well in Hong Kong. This would be seen as an official work event no matter how informal you want to make it.

Australia
• There’s a more social approach to business in Australia. After meetings at the office are held it can continue socially at restaurants or pubs. Sometimes there may be even be personal invites to people’s houses for BBQ’s. This is just as important as the main meeting to build that relationship and get to know the client better. The same less formal approach can make conference calls fun – but don’t fall into the trap of forgetting it’s a business call. Faux pas are still possible.
• Dress style is largely smart causal rather than full business suits. More conservative businesses will certainly still dress more formally but in many cases being ‘overdressed’ will not be seen as a sign of respect as it might be in the UK. 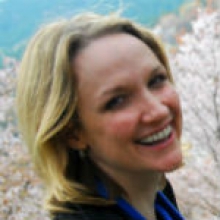 Alyssa Bantle is an expert in cross cultural training, a professional business coach and Global Curriculum Manager for Crown World Mobility, a worldwide company that supports corporations to manage global talent and ensure talented individuals perform on the world stage. She is based in Miami.