The Meaning of Facebook’s Fall-out: Centralized vs. Decentralized Systems 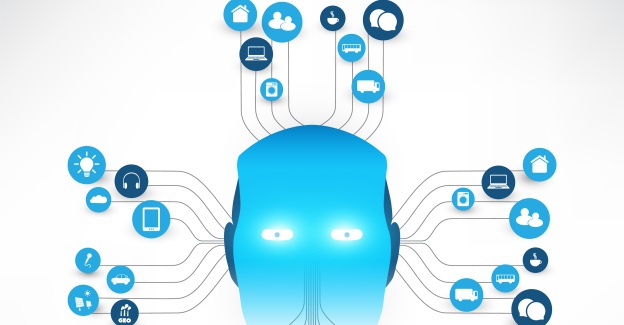 When the Internet arrived, we said, “The world is no longer flat! This changes everything!” Then we went back to building centralized systems – something we still do today. Examples of centralized systems are our ERPs, enterprise payment systems and government platforms. Recent commercial examples include Google, Facebook and Uber.

A centralized system relies on one central body to be the holder of all records, the approver of all transactions and the intermediary between transacting parties – the sole holder of truth. As participants in this system, we rely on the centralized body and assume that it is benevolent. Of course, this is not always the case. A centralized body can be corrupted and actors can misuse their power.

Take the recent news about Facebook selling our private data. Or the fact that Google search results may promote results benefiting them or their paying customers rather than users. A centralized solution introduces conflicts of interest and therefore need to be regulated and controlled.

A centralized party may ensure ‘order’ but it is motivated by its own priorities and interests. And the price of this order includes extra costs, delays and the ever-present risk of corruption. One way to free ourselves from the constraints of this paradigm is to opt for a decentralized system.

In a decentralized system, participants transact directly in a ‘peer-to-peer’ model, rather than via someone else. The verification of the transactions is managed by the larger community in a voting system. The members of the community, called ‘miners’ in the case of the blockchain, have to agree that each contract or transaction is correct.

As a result, decentralized systems are largely self-governing, and because they do not have ‘interests’ independent of their users, they require less regulation and oversight.

Can it be that the viability of decentralized systems will spark a bigger revolution than the Internet? Absolutely. Decentralized systems allow communities to be self-governing without the overhead burden of a central authority and bureaucracy (an example is Uber, which is now being challenged by startups on the blockchain).

As soon as we ask the questions about cost and decision making, we know that a centralized system structure will hardly work. It will be a logistical nightmare. All ‘things’ have to transact peer-to-peer in a system that accurately and transparently records and stores all transactions. The IoT will require a decentralized solution in order to work. This is why blockchain is rightly being characterized as a bigger revolution than the Internet.

This time, we must say, “The world is no longer flat! This changes everything!” And then proceed to demand and build a whole new kind of system.

Note: For more information on this topic, read “The Truth Machine – The Blockchain and the Future of Everything” by Michael Casey and Paul Vigna.

This article was written in collaboration with Kelly Barner owns, manages, and edits Buyers Meeting Point. Since 2009 she has covered procurement news, events, publications, solutions, trends, and relevant economics at Buyers Meeting Point. Kelly has several regular columns throughout the industry, and in the summer of 2016 was appointed to become the Business Survey Chair for the ISM-New York Report on Business. Kelly has her MBA from Babson College as well as an MS in Library and Information Science from Simmons College. Kelly has co-authored three books: ‘Supply Market Intelligence for Procurement Professionals: Research, Process, and Resources’ (2014), ‘Procurement at a Crossroads: Career Impacting Insights into a Rapidly Changing Industry’ (2016), and 'Finance Unleashed: Leveraging the CFO for Innovation' (2017). In 2017, Kelly co-founded Palambridge with Phil Ideson (Art of Procurement). 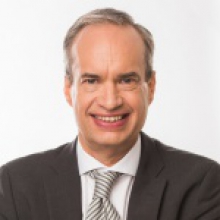 Magnus Lind is a financial strategist, influencer, author, speaker, investor, international entrepreneur and former officer in the Swedish army. He has started businesses in seven countries serving customers all over the world. Magnus is currently the CEO and co-founder of Skanor Group, a start-up working on making the financial supply chain cheaper, faster and optimal.

Magnus has spent most of his career in Financial Technology (or FinTech), helping non-financial corporations and banks increase the efficiency of their financial operations and financial supply chains. Magnus’ background as an MSc in mechanical engineering and the physical supply chain has made him approach the flow of money from a Lean Six Sigma perspective. After all, it can take up to 48 hours to transfer a cross-border payment while a car takes only 18 hours to produce. There is something sincerely wrong in how we operate financial flows.

To speed this development, Magnus builds and engages in professional communities (with progressive thought leaders from Fortune 500 leadership teams and executive boards as well as SMEs). He supports and inspires through the process of making finance able to enter Industry 4.0. In 2016, Magnus spearheaded a pioneering conference on the corporate financial supply chain - The Talent Show - the outcome of which led him to co-author the book: “Finance Unleashed - Leveraging the CFO for Innovation” published by Palsgrave in October 2017. The book presents a practical model to ignite the CFO to develop into a decisive driver of new revenues and growth.