The three stages to back office brilliance: Part one 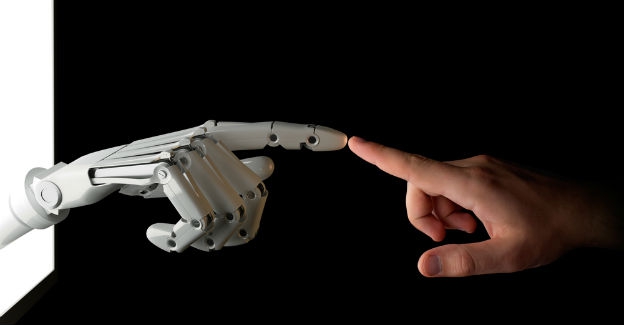 Understanding the benefit of RSO

In the first part of a three part series, ‘The three stages to back office brilliance’, Enate CEO, Kit Cox, discusses how businesses can assess and quantify the potential benefits of automation through robotic service orchestration.

The rise of robots is, believe it or not, now old news; the new generation of software robots are playing an increasingly prevalent and influential role in all aspects of business.

Robotic Process Automation (RPA), where robots replicate the actions of human workers for mundane and repeatable tasks, is fast becoming a back office essential, streamlining rules-based, repetitive processes and improving speed and accuracy across functions. Better, faster, cheaper has become the holy trinity of business operations.

With RPA the human workforce can be freed up to focus on more intricate, value-adding tasks, instead of dedicating people to the tedious jobs that are necessary to keep businesses ticking. But in order to optimise RPA deployment, businesses need to know what—and what not—to automate.

This is partly why many senior-level executives still struggle with successfully implementing company-wide initiatives in automation and where the introduction of Robotic Service Orchestration (RSO) is essential. RSO evaluates an end-to-end service across the human and digital workforce, making sure that the right worker does the right task at the right time. It supports the implementation of intelligent automation solutions in the workspace by allowing software robots to be applied where they can deliver the most value, enabling the organisation to take steps towards a digital future in a controlled way.

The data they get from orchestration not only allows companies to analyse their current processes, but also how to make lasting improvements for tomorrow – so where do they start?

Creating the roadmap The idea of automating previously manual processes is clearly an attractive one. But it is vital that the business leader has a true sense of the long-term operational vision before any decision can be made.

Robotic process automation platforms do well as task bots, but they weren’t designed with delivering an end-to-end service in mind. So while RPA allows the manipulation of data for transaction processing, triggers responses and communicates with other digital systems, it can’t change the very ecosystem in which it functions. Introducing RSO to the mix allows for the creation of a more detailed roadmap, which gives businesses control over the evolution of their processes from manual to optimal.

The idea of success Generating a coherent automation strategy is made much easier by combining RSO with RPA, as companies can take a first bite of automation while maintaining a predominantly human workforce, measuring the benefits and then changing the mix by rolling out further robotic processes over time or even using different technologies. It’s an incremental approach with benefits landing at each step, and creates its own momentum.

The benefits for business leaders are huge – their business becomes more cost effective and more efficient and project cycle times are reduced. But some are discouraged by the concept of not having a high degree of visibility across a widely variable set of processes. Businesses just need to have the confidence to implement smart software bots to tackle these tasks; RSO can be that vital confidence boost to put the minds of CEOs at rest.

Perfect blend Ultimately, RPA and RSO are like gin and tonic – both with their own value to add, but so much more powerful in combination. RSO gives data-driven insights that make it possible to create a roadmap for RPA, and increases both the likelihood and the magnitude of success.

Look out for the part two in our Three stages to back office brilliance series, where we will discuss how organisations can move beyond the pilot phase towards the successful implementation of RSO.