What President Trump needs to know about software development outsourcing 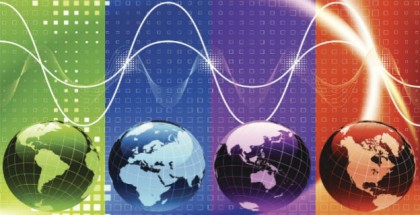 Many US companies have turned to outsourcing their software development to get quality software that supports innovation, generates revenue, and grows their business while benefitting the US economy. However, current US political discussions raise concerns about offshored jobs.

With the United States’ new administration, it’s not unusual to hear one politician or another blast companies for outsourcing and offshoring of what were once “American” jobs. In fact, President Donald Trump has shared his views on outsourcing numerous times – a perspective he made clear on the campaign trail, in presidential speeches and many times via Twitter.

On February 28 this year, President Trump said, “…offshoring is a tremendous problem that displaces many of our best American workers…” He also issued a US Executive Order on April 18 to “Buy American and Hire American.” But for the most part, his emphasis has been on manufacturing and outsourcing in general and not the outsourcing of software development in particular. Still, the technology and software community is paying close attention to see what will transpire, and how it will affect their businesses.

For some in the software development market, there’s not much choice but to seek talent outside the United States. Otherwise, it becomes a bigger story than the threat of a job being done a few time zones away; it becomes a tale of economic stagnation, unprofitability for enterprises and lack of innovation on the home front. Every American company’s growth strategy depends on software development. And, realistically, if a company brings software development in-house, it must accept the highly competitive compensation packages needed to attract and keep top-notch software engineers, assuming they can even be found.

In a recent North American study from the Technology Councils of North America, in conjunction with the Apollo Education Group and the University of Phoenix, 83 per cent of employers reported a shortage of software development professionals, mostly due to the lack of experienced local talent. Thus, many US organisations outsource to get the talent they need quickly and with minimal effort, so that doesn’t always mean an American job is lost.

Software and tech job employers go begging for candidates in the States. Thousands of software development positions actually go unfilled in America, and a few tech hotspots quickly soak up the few and best available top-notch engineers. In 2015, there were some 2.5 million IT job openings in the United States, including software development – more than at any time since 2001, based on intelligence from President Barack Obama and his administration. And tens of thousands of advertised jobs for app developers, software engineers and data scientists go unfilled. So while software talent does exist, there may not be enough qualified and experienced people to go around, thus pushing companies to consider the global outsourcing market.

It’s not getting easier or more affordable to hire in-house software developers in the United States. If anything, it’s getting harder. For some US states, their tech sectors are adding roughly more new jobs each year that require a computer science degree – but they’re not cranking out enough graduates to meet demand. It’s a hot issue.

Indeed, no US market has escaped the shortage of software talent. Unless you’re in a tech hotbed like Silicon Valley, Austin, Texas or others, the best developers just aren’t interested in relocating. It’s easier to get a qualified developer to move from India to anywhere in the States, than to get qualified US developers to move to an American city that’s anywhere but the hottest tech centres (and that just opens up the door to another political hot button – immigration and H-1B visas to fill in the talent gap). But the vast majority of software outsourcing is not about importing individual developers to the United States. High-quality and successful outsourcing is done with an expert team of developers who stay in their home country.

Affordable Talent Is Challenging to Secure

While companies fear the developer shortage could have damaging operational impact or delay their software products, many can’t afford to hire the professionals they need. Their pay scales aren’t in line with what these premium tech workers can get, so it’s impossible to attract and keep talent. And every time a hot developer gets hired at top dollar, it escalates the price for everyone else, creating a vicious, expensive cycle. Sometimes the only way to get top talent is for US companies to outsource nearshore or offshore.

Assuming a US company does find and hire the perfect internal software development team, instead of outsourcing – the salary costs alone can be astronomical. Software engineering is a lucrative career choice, with the average salary around $100,000. An average developer salary is more than double the average annual wage for all U.S. occupations, which was $48,320 in 2015, according to The Economic Impact of Software, a 2016 study from BSA | The Software Alliance. And it’s only getting worse. The 2017 Salary Guide from staffing firm, Robert Half, predicts a 3.8 per cent average gain in technology sector salaries this year. Among the most in-demand jobs will be full-time and contract developers for web, software and mobile applications. Great if you’re a developer. Not so good if you’re looking for development talent to recruit.

Realistically, it’s impossible to drive innovation and accomplish critical software initiatives under these conditions. Given these circumstances (out of reach salaries and the lack of talent), it’s entirely logical for US companies to outsource software development. The economic benefits of the resulting software still bring massive rewards back to businesses’ communities and the US economy in general. In fact, software generates millions of jobs and economic gains in every US state. In 2014 alone, the software industry directly contributed more than $475 billion to the United States’ GDP, according to The Economic Impact of Software from BSA. By arbitrarily disallowing any outsourcing, the United States puts many more jobs at risk by lost revenue and commerce.

While the US talent pool remains under-staffed, the global software developer population hosts a vast network of skilled professionals. At the same time, online conferencing, email, video conferencing, collaboration tools and workflow automation have made it easier than ever to engage with these teams.

Once US companies get over any hesitation about outsourcing software development, they find that the decision actually brings a number of other advantages, including: profitability; reducing associated costs (office space, business equipment, HR administration, training, licensing and more) that some companies can’t afford; a fast track to innovation and a competitive advantage; the ability to respond faster to market changes and move quickly in new directions; more freedom to focus on vision and strategy; and the best talent in a flexible, affordable way. 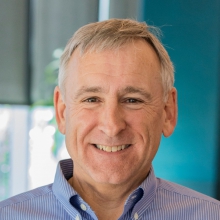 A technical entrepreneur and internationally recognized as an expert on global engineering solutions.Steve Mezak has been featured in CIO.com, Devops.com, Forbes and is the author of Software without Borders: A Step-By-Step Guide to Outsourcing Your Software Development and co-author of Outsource or Else. How a VP of Software Saved His Company.
Steve is the founder and CEO of Accelerance which helps companies build great software with the top software development outsourcing firms in the world.