Every Day is Black Friday in British Retail 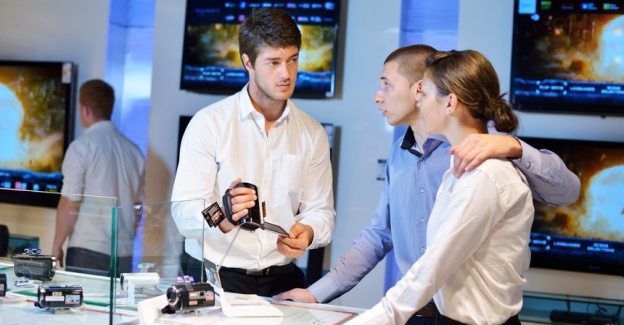 Black Friday is the American retail phenomenon that is the day after Thanksgiving and billed as the start of the Christmas shopping season. Billions of dollars are spent by consumers enticed by heavily discounted items from all retailers for one day only. This concept was imported to the U.K. a few years ago by such American-owned retailers as Walmart and Amazon.
While it’s a relatively new concept to the U.K. market, the popularity of Black Friday has grown steadily since 2010. Such was the growth that in 2014, Black Friday became the peak day for pre-Christmas online sales. As more and more retailers participated, media outlets gave the long queues and buying frenzy additional air time (who remembers the images of people scrambling to get to a £100 flat screen TV at Asda?), resulting in more customers awaiting the day to start their Christmas shopping. The added excitement of not knowing the products offered or discount levels in advance only fuelled the hysteria. Retailers also started stretching  Black Friday deals by announcing sales before and after Black Friday, to give customers a longer period to snap up bargains.
But is Black Friday as amazing as it sounds for both customers and retailers?
From a retailer’s perspective, there is no doubt that Black Friday brings in customers and drives significant sales and footfall. But are these sales truly incremental? In most cases, no, they are not. In order to attract customers retailers must slash prices, in effect cutting their margins, when they could be making full-priced sales rather than selling heavily discounted merchandise. In addition, the cycle for retail Christmas sales has also changed radically. Whereas non-food retailers historically saw peak sales in the weeks leading up to Christmas, Black Friday pulls sales into November, when customers stock up on Christmas presents at discounted rates rather than buying them at full price in December. This leads to earlier discounting, with many retailers kicking off Boxing Day or January sales before Christmas to reduce or clear seasonal stock.
Customers are also getting savvier with their shopping. With everyone from retailers to local businesses offering a Black Friday deal, customers question the true value of the discounts they receive. In 2017, the consumer group Which? reported that more than half of Black Friday deals that year could have been bought cheaper at another time during the year.
Consumers can still be the ultimate winner if they shop around and buy in to the right deal. For many retailers, the fear that their shops will be empty during Black Friday means they are almost forced to take part in the event, and in some cases must use it as a margin dilutive or a loss-leading event. This puts added pressure on the retailers’ bottom lines that are struggling with reduced high-street footfall and consumer spending, increased minimum wages and high rents and rates, not to mention the ever-increasing uncertainty over BREXIT and the weakening sterling. Retailers already have to offer discounts year-round to keep customers coming into their shops and Black Friday comes at a time when most retailers would otherwise sell products at full price.
While we won’t see the concept of Black Friday disappear from the U.K. retail landscape (Amazon has extended this year’s Black Friday period to 10 days), we are definitely starting to see a shift in attitude towards Black Friday from both retailers and consumers. B&Q recently announced it is abandoning Black Friday deals, instead focusing on “Everyday Low Prices,” which they say customers prefer compared to one-off, short-term deals. B&Q’s own research shows that 46 percent of their customers weren’t planning to take part in Black Friday this year while 43 percent said that they ended up returning products they bought on impulse led by short-term discounting events like Black Friday.
One of the original importers of Black Friday into the U.K., Walmart-owned Asda supermarket, also announced it is opting out of Black Friday and instead offering its customers special deals over a longer period of time leading up to Christmas. In a statement, Asda cites shopper fatigue as one of the reasons for its decision and also lists similar findings as B&Q in that customers prefer deals over a longer period rather than short-term, heavily discounted deals.
There will be no shortage of retailers offering Black Friday deals this year, but with the challenges facing the retail industry and the significant pressures on their cost base, it remains to be seen whether Black Friday will become a long-term feature of retailers’ promotional calendars or whether it will slowly become extinct. One CEO of a major high-street discounter once told me, “Every day is Black Friday when you shop at our stores.” With the retail landscape changing, that statement may well become true for more retailers in years to come.
Tags:
Retail
Customer Experience
Customer Solutions
Cost
Sales
Region:
Europe/Middle East/Africa 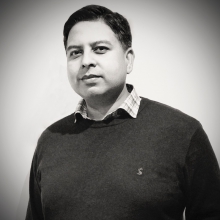 Pro Ganguly is a Senior Manager at 4C Associates and has over 20 years of experience working in the retail sector across the UK and Europe. Prior to joining 4C Associates, Pro held senior trading positions at high street discounters Poundland and Poundworld as well as various buying positions spanning general merchandise, ambient and fresh foods at Asda, Tesco and B&Q.