The Golden Age Of Outsourcing 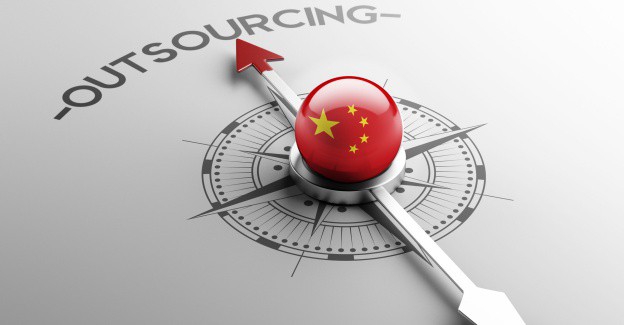 At the turn of the 21st century, outsourcing was going full blast, moving from obscurity to mainstream. It quickly improved corporate profits and promised long-term benefits through continuous improvement…at least that’s what was supposed to happen. Now, robots are arriving in the workplace. Is it a threat? Or is the “Robot Revolution” our second chance for a golden age of outsourcing?

The last wave of outsourcing was an eye opener for corporations. Everyone had heard about outsourcing and offshoring in auto factories. Yet, it seemed impossible that the same techniques could work for banks and non-manufacturing corporations.

Early on, outsourcing suppliers talked about more than just lower wages. Survey after survey told us that corporations wanted innovation, improved quality, and freed-up time for managers, not just lower wages. But after receiving a huge financial benefit by the first or second year, other benefits were de-emphasized or forgotten by corporations. A few programs did prioritize Six Sigma, LEAN, and other efficiency methodologies, but they were exceptions. Long-term planning and management is stressful and can be risky, but when it is successful program costs are kept under control and the program can deliver exceptional benefits. Yet, few programs were “ambitious” enough to demand, and pursue, all of the benefits they originally agreed to.

It was easier for companies to get their big financial benefit with the first contract and then try to negotiate a lower price for the renewal. However, when productivity and quality were not addressed, costs rose. Offshore inflation in Asian countries was usually higher than in Europe or the US. Companies that used offshore locations might luck out on foreign exchange rates on their second contract, but by the third contract, companies surely had to deal with rising prices.

Addressing internal inefficiencies might have worked just as well, but most companies began to look for lower cost locations. China (manufacturing) and India for knowledge services (legal, banking, insurance, research, IT) were the lowest prices on earth…for awhile.

By 2015 Chinese wages were two to four times higher than neighboring Vietnam and Cambodia. Brazil, Eastern Europe and other locations tried to duplicate India’s success, with mixed results. By 2017, outsourcing work was tried everywhere—it had literally gone to the ends of the earth! The days of wandering around the world in search of a significantly lower wage are over. But if you stay where you are? Then costs will inexorably rise. It’s time to think about the most efficient place on earth, which may be closer than you think!

Producing a physical product offshore costs time and transportation. Real estate in China and India is surprisingly expensive, at least in any place that it makes sense for you to operate. Many domestic locations cost far less and do not require extensive power backup, dedicated employee transportation and other infrastructure.

IF wages can be neutralized, the best place to manufacture might be in your home market. More specifically, if a machine can build a product in one location, it can build it in another. The “labor” then becomes the same anywhere in the world. Transportation, real estate and other costs become more significant, as does opportunity cost. Restocking offshore products can take a month or more. Onshore, customers can go to another store or buy a similar product from another manufacturer. Factories built near the markets they serve can restock quickly.

As manufacturing returns to the US, will these corporations build and manage their own factories? Or will they outsource factory management? New factories MUST be highly automated with few employees. It may make more sense to build super factory complexes that can be efficiently supplied and perhaps powered by factory controlled power plants. Factory complexes that support multiple companies and brands will have greater leverage when negotiating with states over tax breaks and work conditions. It may also be easier for customers to outsource rather than renegotiate an existing union contract.

Automated factories require lifecycle management. In the past, factories were built and run until they had no value left. Machinery might have been upgraded occasionally, but most equipment lasted for 20-50 years. Some industrial machines were so large that the building had to be built around it. Automated factories will require much more frequent changes.

If a complex of factories contains multiple corporations, some will grow, some will shrink and some will go out of business. Early adopters will start off with far fewer workers than comparable factories of the past. Over time they will evolve into “lights out” facilities, requiring no staff at all. Former employee parking lots will be redeveloped into other types of space. Automated equipment will undoubtedly require more frequent upgrades. There is a strong argument to be made for outsourcers to take on this role. If major US and European outsourcing companies are not quick to tackle this challenge, a new competitor may be very eager to develop an onshore presence. China. Think about it!

China dominates offshore manufacturing, but recent increases in compensation have hurt its competitiveness. China’s wages are four times higher than Cambodia’s! The writing has been on the wall for years, which is why, in 2015 the, the government allocated $250 billion for projects to replace manufacturing workers by 2021.

The official global production of industrial robots is 250,000, growing at 35% annually. A little-known fact is that China produces at least 100,000 additional industrial robots that are not counted in global production Why are they left out? Because they are often used by the companies that build them, and because they are outdated by international standards. But, in China, they do the job. And as China buys more and more Western robotics and artificial intelligence (AI) firms, we can expect China to DOMINATE global robotics.

Today China builds 100,000 and they buy 70,000 robots annually. They’ve barely begun to spend their $250 billion nest egg. If robot sales grow at their current rate, between 1 and 1.5 million robots will be sold by 2021, and half a million will be built in China. By 2025 China will produce half of the world’s robots.

In a handful of years, no matter where you build your factory, your (robotic) workforce will be “made in China.” Not interested in lower cost Chinese robots? What if the construction was financed by a Chinese bank and a special discount was offered if a Chinese construction company did the work? Similar interlocking deals have powered China’s expansion in Africa and Asia. I’m betting that a Chinese end-to-end factory could be far better priced than more domestic funding.

Knowledge work has different needs but will create similar new opportunities. Because physical products don’t need to be moved around the world, transportation is not an issue. Productivity is.

India’s legendary IIT and IIM Universities have highly respected graduates. Yet, basic education has not risen above sub-standard. Some experts say that the secret to surviving in a robotic world is education. Should the offshoring platform of the future be Canada, Singapore, Israel, Australia and other countries with the best-educated citizens?

While India is the world’s back office support for IT, they produce few notable software products. India should produce more than 3,000 patents every year. Without more software, AI or robotic leadership, India is in for a rough time in the next decade.

Outsourcing once promised more than lower wages. Work was going to be revolutionized. For the last 20 years, outsourcers have talked about continuous improvement and long term benefits. The Robot Revolution could be Outsourcing 2.0. But if your focus is still on lower wages, you probably won’t survive the coming big squeeze. If, instead, corporations focused on quality management, continuous improvement, and the strategic use of automation, long overdue benefits will help your program thrive!