As the Threat of Lost Business Erodes, Supplier Hostility is Emboldened 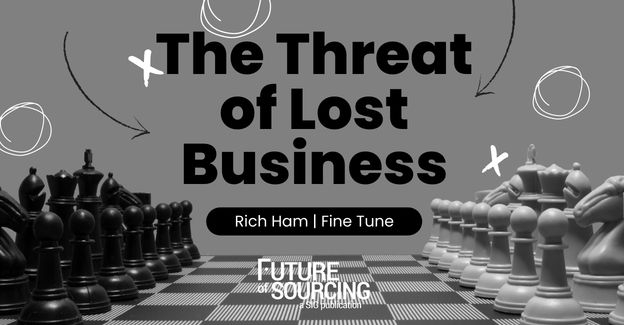 Businesses, especially Fortune 1000-sized firms, feel they have no choice but to retain incumbent suppliers under less than favorable terms says Fine Tune CEO Rich Ham. With this power imbalance dramatically favoring sellers over buyers, he discusses how industry consolidation, anti-competitive supplier behavior and a lack of customer resources to fight back have come to exacerbate the “threat of lost business” dilemma.

This article is part of the ongoing series examining “The Emergence of Hostile Supplier Behaviors & What to Do About It.”

The threat of lost business.

Without it, even the largest customer lacks any real power in the marketplace. When a supplier doesn’t feel any plausible threat of lost business, it can adopt—figuratively, of course—the sales tactics employed by Vito Corleone in The Godfather, as relayed by Michael to Kay:

“…my father assured him that either his brains or his signature would be on the contract.”

For a range of reasons, in 2022, businesses—especially Fortune 1000-sized firms—are struggling more than ever to portray a plausible threat of lost business to their vendors, and as such, feel as if they have no choice but to retain incumbent suppliers under less than favorable terms.

A massive—and growing—power imbalance dramatically favors sellers over buyers in this landscape.

Why is the threat of lost business so elusive in 2022? Naturally, the answer is complex and hugely varied, but a few stark realities constitute a significant portion of the answer:

Let’s take a closer look at each of these phenomena and how they’ve come to exacerbate the “threat of lost business” dilemma, starting with…

It should go without saying that if there are fewer supplier options, then there are fewer places to threaten to take your business. And in one industry after another, only two or three viable national options remain (at most), where as recently as a decade ago, four to six might have prevailed.

Participants in the American economy for the last 100+ years have generally felt they had the ability to “take their business elsewhere,” protected against cartels, price fixing, monopolies and monopolistic behaviors by our federal antitrust laws, chiefly the Sherman Anti-Trust Act of 1890, the Clayton Antitrust Act of 1914, and the Federal Trade Commission Act of 1914.

This fundamental accordance of power to the buyer has since been a critical underpinning of our economy, and an entire industry of purchasing practitioners has evolved with the expectation that this would remain the state of play as they learned to use the marketplace to advance their business’ interests. But in 2022, those very practitioners have seen their marketplace power lessened by massive consolidation across essentially all industries from which they buy.

Just a few months ago, the Federal Trade Commission (FTC) and the Justice Department’s antitrust division launched a joint inquiry seeking ways to prevent illegal and anti-competitive mergers and acquisitions. Assistant Attorney General Jonathan Kanter cut to the heart of the matter saying, “We need to understand why so many industries have too few competitors, and to think carefully about how to ensure that our merger enforcement tools are fit for purpose in the modern economy.”

With dwindling options in the marketplace stripping customers of their power, increasingly emboldened suppliers are, only naturally, attempting to grab more and more power, including through progressively…

The FTC has been looking into this area, too, opening a portal last fall seeking public comment on unfair and anti-competitive contract language. Access to Markets nicely summarizes the emerging threats to buyers in this realm.

When options are limited to begin with, it’s easier for suppliers to get away with asking for more and more onerous commitments from their customers, and with today’s technologies and a robust information ecosystem, it’s far easier for the ever-shrinking pool of supplier options to follow each other’s lead in this regard.

And of course, these anti-competitive behaviors aren’t limited to contractual terms. In the indirect services arena, hostility to audits and hostility to third-party management have increasingly become the norm for an emboldened universe of suppliers, regardless of whether the governing contracts allow for these strategies or not.

But the erosion of the threat of lost business can’t be understood solely through the lens of industry consolidation and anti-competitive supplier behaviors. No, dramatically exacerbating the problem is the fact that just as marketplace battles have become more demanding than ever, the vast majority of corporate procurement and expense management departments face a glaring…

Lack of Resources to Fight Back

As we’ve covered extensively in the past, corporate procurement and expense management functions have found themselves increasingly vulnerable as they’ve seen their departmental resources dwindle or fail to keep pace with overall company growth. We’ve discussed the range of vulnerabilities this leanness has created, and among the most acute is the erosion of the threat of lost business.

This explanation for the phenomenon is especially vexing for the largest organizations. These multi-billion-dollar companies, which have always fancied themselves the power brokers in their supplier relationships, now find themselves grappling with the reality that their suppliers know they frequently lack good options—and even where good options may exist, they don’t possess the resources to manage time-consuming and distracting supplier transitions.

In many cases, the corporate-level expense owners—tasked with “managing” $100MM in annual spend across a dozen or more categories—simply can’t marshal the cross-departmental bandwidth required to transition away from an incumbent supplier. Just as critically—the incumbent supplier senses this, and simply does not feel any plausible threat of lost business.

All too often, the corporate expense owner faces a “triple whammy” in this regard: very few options, barriers to using the marketplace due to anti-competitive supplier practices and lack of resources to effectively fight back.

Stay tuned as we dive further into the other challenges entangled in the emerging landscape of hostile supplier behaviors and the power shift from customers to indirect suppliers, each of which was briefly introduced in the opening article on this topic, The Emergence of Hostile Supplier Behaviors & What to Do About It. 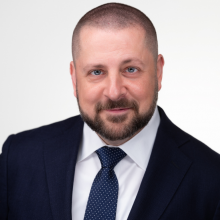 In early 2002, Rich resigned a position with an industry leading uniform supplier and founded Fine Tune in a basement in Bloomington, IN. He oversees all areas of the business, dedicating the majority of his time to building and developing our team of "Tuners," telling the Fine Tune story to current and future clients, and leading Fine Tune's overall strategic direction.

Connect with Rich on LinkedIn.