Benchmarks Versus Best Practices: A Case for Both 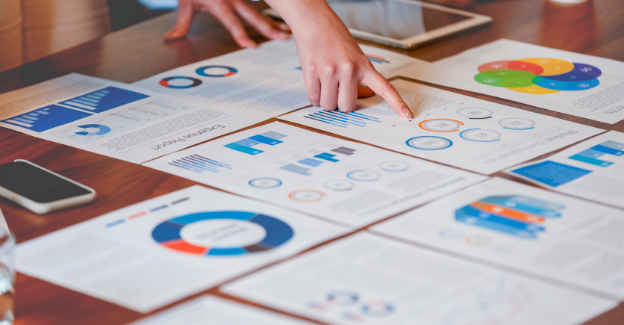 A topic that comes up time and time again in discussions with clients is the idea of benchmarks as a means to drive high performance. Are benchmarks valuable? How much emphasis should we place on them as we think through what we want to get done in our function?

This topic isn’t specific to procurement. It’s relevant across the board, regardless of function. But it’s an especially acute debate on the General & Administrative side of the house, where procurement plays a significant role.

Benchmarks come up regularly in discussions about functional and corporate performance. Senior executives like to use them to quantify both financial and operational performance, providing a measure of current levels and a comparison to peers, as well as guidance as to where the function could potentially be.

In fact, it’s difficult to have an executive conversation without the term coming up, and executives spend a lot of time benchmarking. They labor over the relevant benchmarks to add to their plans, the right metrics to report on, and the best explanations for where they are and are not. Entire companies have sprung up to service this need.

My take? Benchmarks are useful tools but within constraints.

The Good and the Bad of Benchmarks

Understanding metrics such as functional spend as a percentage of total spend, the number of transactions conducted per FTE, or costs tied to any one category, in comparison to appropriate peer groups, have real value. They help provide a level of quantitative granularity and sharpness to the discussion around performance optimization that you wouldn’t otherwise get.

But they can also lead to problems.

During my consulting days, every time we’d use benchmarks in our analyses, a huge amount of debate with client stakeholders would ensue. What was the basis of the numbers? Why did the numbers show what they showed? Why did that area fit in a specific quartile versus another? And why was this relevant – or not?

The problem was that discussions around benchmarks often diverted the focus to the details of the numbers and not the substance of the conversations.

I would also argue benchmarks are often used by senior management to drive changes that aren’t necessarily right for the business. Particularly with functions such as procurement, unless the CPO reports into a C-level executive with a long term, strategic focus, benchmarks can be easily used to justify cost reductions that don’t make sense – and in those cases, they become a means to a predefined end.

So benchmarks must be used judiciously.

The Case for Best Practices

It’s far more meaningful, I believe, to focus on best practices – or as I’ve heard them referred to, better practices. That’s because the word “best” varies based on the context.

Best practices are qualitative in nature, but they spell out what should be done to move up any given performance quartile ranking. Placing focus on what we are or aren’t doing relative to best-in-class is much more useful guidance. It allows us to concentrate the conversation on the specific changes that need to be made to improve performance.

Further, we can visualize how different these changes are relative to the current state. We can quantify the level of change and investment that would be needed to get to the next-level performance state (and whether there is the appetite, and/or ability, to make that investment).

Finally, and equally importantly, we can properly assess whether there is even a need to achieve “top quartile” performance in a given area. For example,we might be happy to forego being in the top quartile for that area because it would require a level of automation that isn't appropriate for the business or would reduce service levels beyond what’s necessary and suitable for the business.

So, where do we get these best practices from? There are a range of external third-party sources – from general consulting firms to specialist intelligence and analytics firms. Be sure you’re thoughtful and comprehensive in where you look. Consider not only what your peers are doing within your sector, but also companies outside your sector. Get a handle on what similar category managers are doing in industries different from your own.

You should also look to your supply base – and this doesn’t just mean the larger established businesses, but also the startups,the high-growth firms and the emerging players. They’re the ones typically pushing the envelope in what can be done.

Finally, look internally across the company, especially if you are global and/or decentralized. So often, we miss a trick by not looking at our own colleagues across the firm to understand what they’ve done well and how they’ve done it.

Best of Both Worlds

In closing, benchmarks have value, but they’re not the be-all and end-all. They serve as directional indicators but are not an exact science. They provide guides that must be underscored by best practices – the “what” and “how” of the work to be done. 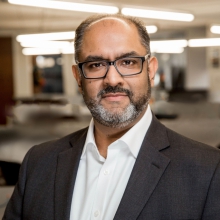 Omer is a co-founder of The Smart Cube and leads its business across The Americas. He also hosts The Smart Cube’s Inside Procurement podcast.

Omer has more than 25 years of management consulting, global corporate and industry experience across North America, Europe, and Asia.