Carbon footprint reduction is a major focus of the beverage industry. The major challenge for this industry is to reduce the carbon footprint while still increasing production in this growing sector. In July 2015, Coca-Cola and PepsiCo, along with more than a dozen US companies pledged to invest more than $140 billion in efforts to cut carbon emissions as part of Obama’s climate change initiative. These two companies are multinational conglomerates and the global leaders in the consumer beverage industry.

The carbon footprint is material to the beverage industry in many ways. Refrigeration emissions are one of the biggest sources of carbon dioxide for the industry. By developing and utilising the latest and most efficient refrigeration equipment, companies can save millions of dollars in energy costs. Lightweight bottles result in less material/lower costs and leads to reduced transportation costs, reduced waste and recycling costs. Delivery vehicles/trucks that are more efficient and have better routing reduce the capital equipment costs for trucks and increase fuel savings. Reducing waste and recycling reduces the cost of waste management services and storage costs.

The beverage industry has developed many initiatives to reduce carbon emissions. Coca-Cola is developing more sustainable packaging by partnering with the government, private sector and civil society to reduce overall emissions and achieve their goal of “drink in your hand” by 2020. Coca-Cola’s long-term vision is to leverage its significant scale and resources to create a ‘circular economy’ in which materials are used and reused to constantly rebuild natural and social capital. Coca-Cola is engaged in a broad range of sustainability packaging initiatives including engaging consumers, advocating policy changes, building supply chain partnerships, and developing renewable technologies. Packaging is a significant contributor to greenhouse gas emissions. They work with community organisations and support initiatives that facilitate proper package disposal and help the public change behaviours that generate litter. They source more than 50% of their PET plastic from recycled or renewable material as of 2015.

Coca-Cola has developed a PlantBottle made of renewable plant material to replace the PET plastic bottle. PlantBottle packaging accounts for 26% of the company’s packaging volume in North America and 7% globally and they are the world’s largest consumer of bioplastics. These bioplastics are a brand differentiator amongst consumers It has also reduced the weight of their packages by 50% on 8 oz. bottles, and by more than 30% on 12 oz. bottles. Since 2014, they have reduced their packaging weight by 5.45 grams per litre, or 15%, since 2008. Lightweight packages also reduce the cost of transporting the product by utilising less gas.

Coca-Cola recycles with an EKOCYCLE program that reuses plastic bottles and developed a printer that repurposes plastic into a variety of other items. EKOCYCLE makes recycled plastic into bed sheets. Through its partnerships, PlantBottle technology is licenced to make polyester auto interiors for Ford. In partnership with SeaWorld, they are making PlantBottle refillable cups.

Coca-Cola plans to reduce the carbon footprint of the “drink in your hand” by 5% by 2020 in the entire supply chain by working to make changes in the manufacturing process, packaging formats, delivery fleet, refrigeration equipment, and ingredient sourcing. Coca-Cola is reducing greenhouse emissions from its fleet of distribution trucks by adding new delivery trucks powered by alternate fuels including electricity, natural gas, diesel-electric and biodiesel. The hybrid delivery trucks reduce emissions by 30% and use roughly 30% less fuel than standard delivery trucks. They are training drivers on eco-driving techniques such as minimal braking, reduced idling, and early gear changes through the company’s custom-designed Smartdriver program. They have tested fuel cells that without combustion, turn natural gas and other hydrocarbons into usable forms of energy like heat and electricity. They have also tested biogas which are expected to provide 30% of a plant’s power needs while reducing the plants carbon footprint by an estimated 35%. In addition, they are using telematics to automatically shut off engines after five minutes of idling time.

PepsiCo also has sustainability programs that have almost eliminated all waste to landfills. They send approximately 7% of waste to landfills and recycle and reuse 93% of their waste, saving the company over $3.5 million annually. They have reduced greenhouse gas emissions by more than 16% since 2006 by deploying more energy-efficient vending machines and cooling equipment, using less packaging material, and improving energy efficiency in their operations.

Beverage companies in British Columbia have developed smart routing to optimise the distribution routes for beverage deliveries to reduce carbon emissions and use less gas. In addition, they are using cooking oil to power some of their delivery trucks.

In addition to these energy efficient steps, British soft drink companies have emphasised and incorporated industry best practices on periodic maintenance on refrigeration equipment including regular inspection for excessive dust and humidity, proper ventilation, tight door seals, and keeping refrigerators on during non-trading times since it requires less energy to maintain temperature than to re-chill product.

In order to improve shipping efficiency and reduce carbon emissions, Ocean Spray redesigned its bottling distribution network to better align with demand for juices in the United States. By adding manufacturing and distribution capabilities in Florida as well as reclaiming unused cargo rail cargo space in returning boxcars from New Jersey to Florida, Ocean Spray can more efficiently move products throughout the Southeast. This network redesign reduced carbon emissions by 14,000 tons per year and provides savings of over 40% in transportation costs.

Green Mountain Coffee Roasters began recycling the large burlap bags that hold the coffee beans and used them for holding soil for construction projects. They also recycle over 400 tons of corrugated boxes, paper, plastics per month.

Future sustainability developments to greenhouse gas emissions in the beverage industry include the full deployment by Coca-Cola and others to commercialise a fully recyclable PET plastic bottle that is made entirely from plant-based material. They have invested in technology companies including Virent and Gevo to help develop it. In 2015, Coca-Cola introduced the world’s first PET plastic bottle made entirely from plant-based materials. Coca-Cola will continue their progress towards the ‘drink in your hand’ goal by 2020. PepsiCo has also been developing bio-based bottles from agricultural waste and next-generation compostable films.

Currently, packaging accounts for 30% to 70% of a single drink’s carbon footprint. In the future, this will be a focus in the industry to take more steps to reduce the packaging size, weight and cost. Companies like PepsiCo, Coca-Cola and others will develop more partnerships with local communities and businesses to set up recycling programs to recover more of the plastic bottles and cans to further reduce waste and to recycle them into other products.

In the transportation area, companies like PepsiCo will incorporate more fuel-efficient delivery vehicles as well as replacing old trucks with electric trucks for delivery. Coca-Cola and the Dr. Pepper-Snapple Group will track and publicise vehicle fleet efficiency and add alternative fuel vehicles to their fleet in addition to hybrid electric vehicles. They will utilise more rail delivery product since it is more efficient than trucks.

The key to successful corporate social responsibility in a company is the integration of their sustainability initiatives into their daily operations. The beverage industry led by giant conglomerates like Coca-Cola and PepsiCo are leading the way in developing new ways to reduce their carbon footprint and defining industry best practices. Each company is trying to be the sustainability champion of reducing their carbon footprint to increase their brand image and increase the value of their brand in hopes of swaying customers to buy their products. Good corporate social responsibility is good business since it helps recruit the best talent, save on energy costs, save on transportation costs, and most of all increase sales. These initiatives directly affect the bottom line and increase shareholder value. Carbon emissions are the largest contributor to air pollution. It is therefore critical that businesses lead the way and start to implement effective carbon management strategies so that we can reduce our negative impact and help sustain the environment for future generations. 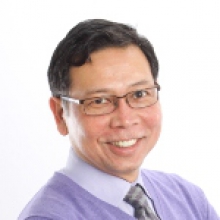 Dr. Maung K. Min is a Board Member of the Global Sourcing Council. The GSC is a non-profit organisation focused on sustainable, socially responsible sourcing practices. Dr. Min is an experienced management executive and academic with over 25 years of track record of leading functions and initiatives in the areas of Sustainability, EHS and Supplier Management, IM, Manufacturing, and Quality Systems (including Operations Excellence/Continuous Improvement). He has led initiatives in the Americas, Europe and Asia. Dr. Min has held roles in Italy as well as in Puerto Rico and is passionate working in a global and multi-cultural setting. Dr. Min has teaching experience at Baruch College, Rutgers University, and is Director of Business Programs and Faculty at Penn State University – Lehigh Valley. 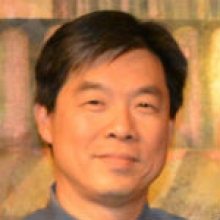 Steve Chen is an engineering consultant for Stellar Services. He has over 27 years of professional technical experience in wireless industry and asset management.  He has been a professional consultant since 2012.  He graduated with honors from The Cooper Union for the Advancement of Science & Art with a Bachelors of Engineering Degree in Electrical Engineering.  He also has a Masters of Science Degree in Electrical Engineering from The Columbia University School of Engineering and a Masters of Science in Supply Chain Management from Rutgers Business School.  He has a Lean Six Sigma Green Belt Professional Certification.  He lives in Demarest, New Jersey, is interested in sports, music, reading and loves food and travel.