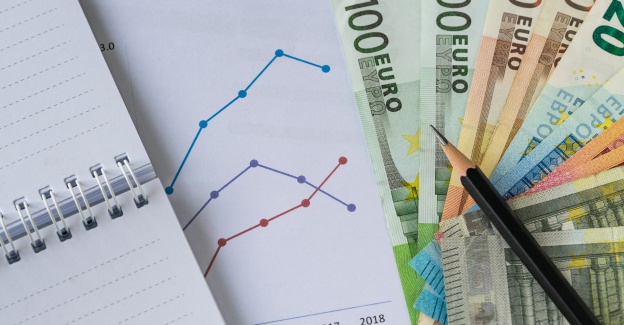 In a recent 4C poll* of 227 UK retail procurement executives, 89% responded that they either had no plan in place or were unaware that their company had a plan in place. What should you consider now so that you’re prepared for the March 2019 Brexit deadline?

The perception of UK procurement both within the retail sector and the wider procurement community as a whole has been consistent and predictable with regards to the Brexit decision. A recent 4C poll, held after Article 50 (which started the formal exit process from the EU) was invoked, showed that 60% of all respondent companies believe that the mid to long term economic outlook is less positive due to Brexit. This 60% figure rises to 66% when we only look at respondents within the retail industry. When asked about the challenges faced by the retail industry, respondents suggested that supply chain complexity and higher input costs would be some of the primary concerns.

Gaining clarity into the preparedness of companies with regards to the challenges faced by Brexit also featured heavily within the 4C poll. Eighty-five percent of procurement professional respondents indicated that their companies don’t have a formalised Brexit plan. This number rises to 89% when talking to retail specific procurement teams. This lack of formal planning may in some cases be attributed to attitudinal indicators around where their core product is being made; lack of visibility in the supply chain; as well as uncertainty around the shape Brexit will take.

Given the landscape across procurement and in particular within retail showing a distinct feeling of pessimism, the 4C poll went on to ask more specifically what the impact of Brexit would be on their supply chain costs. The majority of respondents across all areas of procurement felt that costs would rise with a preference being placed on increasing prices as well as facilitating more complex supply chains as a method of off-setting the Brexit impact. Further analysis shows that the retail sector demonstrates a relatively even distribution of respondents across three areas where they might choose to manage these increases in costs, this is in contrast to the wider community who have a higher tendency to pass costs onto the end consumer.

Whilst it is undeniable that the Brexit process will pose challenges for the UK retail community, it should be noted that there are a range of opportunities that are likely to present themselves as well. The role of procurement could be, and some say should be, pivotal to helping retailers navigate their way through the Brexit process. Within many retail organisations, the percentage of revenue attributed to cost of goods sold, combined with indirect products and services regularly tops 60%. Procurement has the ability to influence this spend, as it has visibility of contracts and commercial agreements across the organisation. Brexit may finally see procurement come of age and use this as the tipping point to take them to the board room in a more consistent and sustainable manner. Given that 89% of the retail community don’t have a Brexit plan in place, utilising procurement and understanding the landscape, both present and future, is key to a retailer’s success.

Seventy-five percent of all clothing imported into the UK is sourced in US dollars. The depreciation of sterling against both the dollar and the euro has, and will cause, huge problems for retailers,

eventually forcing them to increase consumer facing prices. From a procurement perspective, globalised sourcing practices, if determined early enough, can allow buying departments to source in the most effective manner. By analyzing the economic flows of money on a subcategory level, retailers can determine which markets are increasing trade and which are declining. In the event that the UK government does not secure a deal, they are likely to face the 11.5% tariff under WTO rules that will affect products procured from ‘nearshore’ and Europe.

Although Brexit will not eliminate migration to the UK, it seems likely that Brexit will put an end to the free movement of labour. Without free access and permanent residency rights, finding workers from abroad for unskilled and low skilled manual posts (such as in distribution, logistics, farm working, etc.) may become more difficult. EU migrants are a major source of labour for retailers and their suppliers. As such, any restriction on this labour pool will drive an increase in the cost of labour. These rising costs will also face further pressure from higher wages driven through the National Living Wage, being phased in by stages up to 2020. A recent report from BRC suggested that UK jobs will decrease by over 900,000 by 2025. The UK will not be completely free of EU regulation because any products sold to EU countries will have to conform to its product standards, and general policies will have to be observed by UK companies in order to avoid problems when trading with the EU.

For UK-based online retailers, the fall in sterling, could in the short term be viewed as an opportunity. UK exports have become better valued and are likely to be more competitive than their overseas rivals. In the longer term, retailers may face EU controls and tariff barriers over sales to remaining EU countries. It is estimated that over 20% of all UK online orders are delivered to overseas markets. The final level of tariffs, whether it is considered under the WTO rules or a new free trade agreement with the EU, will be dependent upon the renegotiation of trade agreements, due to be completed in March 2019. The level of complexity in determining a new free trade deal with the EU cannot be underestimated. It seems likely that whilst the WTO tariff schedule may be used as an initial starting point for negotiations, each and every sub-category of products will have to be negotiated individually.

If however sterling remains at this low point, the net effect of a 11.5% tariff vs. the currency depreciation may mean that retailers are able to hold their price points for a longer period of time. It should be noted however that the depreciation of sterling and euro against the dollar, given that most imports are purchased in dollars, will counterbalance some of this benefit. In order to offset some of the trade and currency imbalances, companies may consider setting up subsidiaries in suitable European locations. This tactic may be a sensible measure, it will however lead to complications in corporate administration and potentially a loss in revenue through corporation tax to the exchequer.

The supply chain is vital for the success and profitability of any retailer. The current position which has been fostered by EU law and directives is structured to minimise friction, costs and administration whilst allowing for speed of delivery. In a post-Brexit world, understanding how many of your deliveries need to cross borders, where stock is likely to be held and what costs are likely be incurred is essential before Brexit takes effect. For retailers of perishable goods moved within the EU to Britain this is likely to be of great significance. Gaining greater clarity on whether they now need to hold greater levels of stock in the UK or other strategic locations in Europe will be of great importance. Working through these scenarios and understanding where your infrastructure needs to be, presents an opportunity to jump ahead of the competition and secure favourable terms and locations with potential new partners.

Regardless of whether we believe that Brexit is a good thing or a bad thing, the change is here and all organisations, especially retailers need to be on the right side of change before it happens. Having an unbiased view on risks in all areas of the business, but in particular around your core cost base, will be essential to bringing plans to fruition. 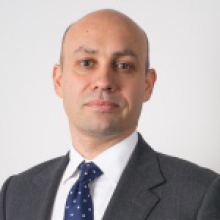 Milan Panchmatia is Managing Partner at 4C Associates, an award-winning management consultancy specialising in procurement, savings delivery and managed services. Milan has over 20 years’ experience in working with global brands and world-class marketers, delivering ATL/BTL and Digital projects. His breadth of experience comes from working in procurement, management consultancy and creative agencies, and he has worked with a wide variety of clients including Coca-Cola, Diageo, J&J, BMW, Honda, Orange and Castrol. Milan focuses on providing clients with truly actionable insights at both a strategic and tactical level and delivering cost savings and increased value from marketing spend.
Twitter: @milanpanchmatia

Online Collaboration is Needed Now More Than Ever
06/02/2020