Nearshoring Across the Irish Sea 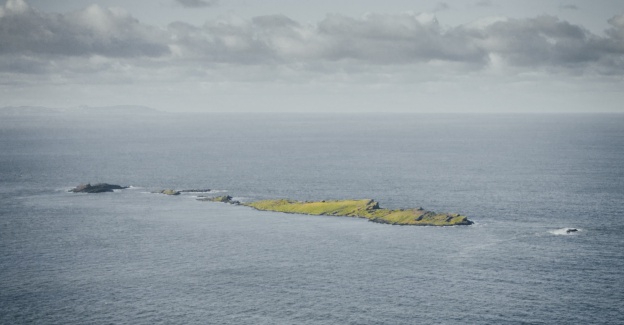 As the war for talent and skills dominates the working world, Ireland’s position as a multilingual hub within the Eurozone is proving very attractive for UK organisations that are looking to outsource their services closer to home. In advance of Britain’s exit from the European Union, companies have looked to their neighbour to help provide their services across Europe and further afield.
Internationally there has been a shift by organisations away from the traditional offshoring model for services toward a nearshoring approach. Companies based in the U.S., for example, are increasingly looking to outsource certain services to Latin America. From a U.K. perspective, service providers across Asia and the Middle East previously secured contracts with many established British organisations, however, concerns across a variety of areas, including poor communication, differences in work practices and culture and increased costs have led to the rise of the nearshoring model.
Ireland – A Multilingual Hub
Between Ireland and the U.K., there are currently over 6,000 jobs supported by outsourcing contracts, with Irish service companies providing talent on tap and a skills injection to U.K. companies.
For almost 30 years, Ireland has been viewed as an international hub for Business Process Outsourcing (BPO), and has a competitive advantage in offering stable, innovative and flexible services to world-class organisations. Irish providers have developed a reputation by delivering services first to a large cluster of international organisations that have moved their EMEA and global headquarters to Ireland.
Citibank, Dell, Facebook, Google, HP, Microsoft and PayPal are just some organisations that are all based in Ireland, and while some have relocated their customer service teams, many have sought out indigenous Irish service providers such as Abtran, Arise, Eishtec, SalesSense, RigneyDolphin and Westbourne IT.
Why Ireland is Leading the Way as a Global Leader
Competitive employee salaries and an excellent work-life balance are just two reasons the country is known for attracting the best talent from across Europe. With the addition of these employees to an already young, well-educated and progressive workforce, Ireland has become a leading country in the outsourcing industry. As partnerships with multinationals developed domestically, Irish providers began to grow with these organisations internationally, and have established their own customer bases across the U.K. in industries that include financial services, pharmaceuticals, telecommunications and utilities.
The Benefits
For U.K. companies, the benefits of adopting a nearshoring model with an Irish provider are clear. Proximity is key and being in the same time zone ensures similar business hours, allowing issues to be resolved in real-time without delay. More crucially, as a native English-speaking country, there will likely be no hindrance of communication and culture issues between staff on both sides of the partnership. With a multitude of travel options, an hour commute is possible and allows for regular in-person meetings to be arranged at short notice and training to be provided regularly to counterparts to ensure a trusted relationship is built. This has helped to ensure that the culture of a U.K. organisation is being reflected by Irish providers. In fact, to their end users, service providers are largely considered to be an extension of the U.K. organisation. This is similar for countries in other corners of the world, such as between the U.S. and Latin America, for example.
While multilingual skills, industry experienced talent and proximity have been key factors for the recent shift of British companies moving their outsourcing needs to Ireland from offshoring regions, the principal competitive challenge in the outsourcing market revolves around the need for flexibility and speed in implementing customized client solutions.
Irish companies have put the ‘customer journey’ at the centre of their technology solutions, with Irish Subject Matter Experts (SMEs) recently noted among the most innovative in Europe by the European Commission.
A customer-first focus has led to the creation of industry leading omnichannel capabilities and solutions to ensure U.K. organisations can secure an ‘Irish advantage’ in broadening and deepening their customer engagement. This is one of the prime reasons why U.K. companies are looking across the Irish Sea for their outsourcing needs.
Tags:
Nearshoring
Human Resources (HR)
Culture
Business Process Outsourcing (BPO)
Brexit
Region:
Europe/Middle East/Africa 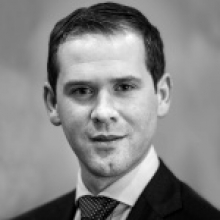 David Corcoran is Global Outsourcing Advisor for Enterprise Ireland, based in London. Enterprise Ireland is the Irish Government organisation responsible for the development and growth of Irish enterprises in world markets.