Will the UK save £1.6bn on procurement after Brexit? 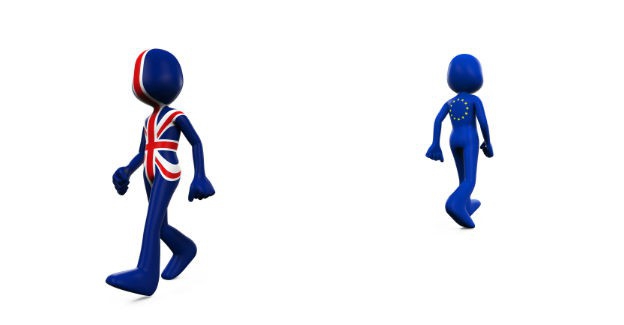 In its campaign against the UK's continued membership of the European Union, 'Vote Leave' claimed that EU procurement rules, which govern the purchase of goods and services by public sector bodies, cost UK taxpayers £1.6bn a year. It also claimed that 1.9 million days a year are lost to red tape delays.

Is it likely or possible that the UK can save this money and time cost by changing the public procurement rules after Brexit?

Currently, UK public procurement law is the EU procurement rules given effect in the UK via the Public Contracts Regulations 2015 (the "Regulations"). The Regulations implement EU Directive 2014/24/EU (the "Directive"), and all relevant case law of the European Court of Justice (the "CJEU").

The Regulations apply to all public contracts that meet certain financial thresholds and they require very specific procedures to be followed, specified factors to be assessed in deciding eligibility and then contract award, and effective remedies to be available for disgruntled bidders. Even public contracts that do not meet the financial thresholds must be awarded in accordance with the EU principles of transparency, equal treatment and non-discrimination.

The UK government has indicated that following the Brexit vote it proposes to exit the EU Single Market and customs union. Instead it wishes to have a comprehensive free trade agreement with the EU. The intention is that the UK will no longer be bound by EU law, and UK courts will be able to depart from CJEU precedent as they see fit.

There will be a "Great Repeal Bill" which will convert EU law applicable at the point of Brexit (end of March 2019) into UK law. The Regulations will, therefore, remain part of UK law following Brexit unless and until a change is made. In addition, although it is intended that the CJEU will cease to have jurisdiction in the UK after Brexit, CJEU case law up to the point of Brexit will have the same binding or precedent status in UK courts as UK case law. This all suggests that on Brexit day, the UK procurement regime will remain as it is, apart from some minor amendments to convert references to the EU. However, from Brexit day+1, the UK government will be free to amend its domestic procurement regime.

It is worth noting that the UK is unlikely to have a voice or a vote in relation to future changes to the EU procurement rules. To date, the UK has played a significant role in shaping the EU procurement rules to facilitate commercial, rather than bureaucratic, goals. So whatever changes the UK may decide to make in relation to its own public procurement regime, divergence in future from the EU rules should be looked at from both sides of the English Channel.

Assuming the UK will wish to make some changes to its rules after Brexit, the most likely model is the GPA, a plurilateral agreement for members of the World Trade Organisation (WTO) aimed at mutually opening up government procurement markets. If the UK is committed to a free trade future, any trade agreement, whether with the EU or any other country, is likely to include procurement provisions that require a level of openness and transparency. There are also good public policy reasons for regulating public procurement, such as avoiding corruption and promoting transparent and efficient management of public resources.

The EU is a signatory to the GPA and the UK is a signatory by virtue of its EU membership. Following Brexit, it is likely that the UK would need to accede to the GPA in its own right. Which markets the UK would open up will depend upon bilateral negotiations (there is no pre-determined and identical scope of coverage for all countries): the UK could negotiate its own schedule, or it could re-adopt the terms of the EU schedule. In the latter case, it is very likely that there would be no significant change to the Regulations.

The GPA sets out a fairly rigorous procurement framework based on the principles of fairness, openness and transparency. It requires a competitive tendering procedure including advertising obligations, criteria for making award decisions, and remedies regimes, though it provides for less extensive remedies.

One suggested benefit of Brexit is that the UK government would be free to introduce a "Buy British" requirement, whereby the awarding body would have to favour British tenderers, or at least use public procurement as an agent of its industrial strategy.

Under the GPA, there would be little change in the freedom of the UK to use procurement as part of a "Buy British" campaign. The GPA rules stipulate that signatories cannot favour domestic suppliers, and whilst there are derogations (measures necessary to protect public morals, order and safety, human or animal health, etc), as under the EU rules, they will be interpreted narrowly. Using procurement to deliver industrial strategy is also unlikely to be accepted by the UK's new trading partners within and outside the EU who may want mutual access to procurement markets as part of any trade deal. It would also run up against the requirement to secure value for money, which is central in all areas of public sector activity in the UK, of which procurement is just one.

Because the GPA establishes a framework, but does not set out detailed procedures that must be followed (it focuses on non-discrimination, according overseas suppliers treatment that is "no less favourable" than that accorded to domestic suppliers, and transparency of laws, regulations and decisions), the UK could seek to change some of the EU rules which are perceived to cause most problems for contracting authorities. This might include: developing a single procedure which has some flexibility, rather than the current system of multiple, detailed procedures with limited scope for negotiation, particularly later in the procedure, and greater flexibility and balance in assessing changes to the procedure and/or the evaluation criteria during the procurement process.

As regards supplier remedies, the GPA offers greater flexibility than the EU rules. There is no supra-national tribunal under the GPA. Rather, signatories are required to provide for oversight by an appropriate domestic body. Japan, Singapore and Canada are all signatories to the GPA and have taken differing approaches to meeting its requirements. For example, there is no requirement in the GPA to have a declaration of ineffectiveness for direct awards and violation of any standstill period. In Canada, the Canadian International Trade Tribunal can recommend termination of a contract and/or award of the contract to a complainant; in Singapore, there is no provision allowing the Government Procurement Adjudication Board to terminate an awarded contract or award the contract to a complainant.

There will be room to tweak the UK's procurement regime after Brexit and there are improvements that could be made. However, it is unlikely that it will undergo the sort of transformation that will deliver savings of £1.6 billion a year, at least in the short term. The stated goal of the UK government is to deliver an open trading nation and that, together with the need to secure agreement to accede to the GPA, will require the UK to continue to operate a public procurement regime that is broadly in line with its current arrangements. 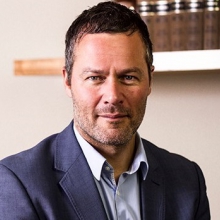 John Cassels is the Brexit Partner and Head of the Regulatory Team at Fieldfisher; Caroline Ellard is a trainee solicitor at Fieldfisher.