We’ve just published the latest ISG Index, which reveals that the Europe, Middle East & Africa (EMEA) market saw solid regional growth in 3Q 2016. Combined third-quarter ACV reached €3.1 billion, up 22% over the previous quarter, with traditional and as-a-service sourcing contributing equally to the gains - both up 10% year-on-year. In addition to the increase in value, the volume of activity went up. The 494 contracts awarded in the year to date represent a 13% uplift – a record high in the region.

Globally, results echoed the gains seen in EMEA; all regions reported double-digit growth, leading to total ACV up 11% year-on-year. This growth was fuelled by steady gains in traditional sourcing, and record-high value in the fast-growing as-a-service segment, which, propelled by the movement of traditional services to the cloud, jumped 20% in the third quarter, and 41% in the year to date.

By market, DACH steamed ahead. The 157 awards recorded in the first three quarters of the year mean the market has already exceeded its best-ever full year of contract activity, and its €2.2 billion ACV is up 44% compared with 2015. DACH’s positive trajectory through the year to date reflects the strength of traditional outsourcing in the region, as the market holds back somewhat from full adoption of as-a-service propositions.

In the UK, EMEA’s most mature market, activity edged up 17% compared to the third quarter of 2015’s weak showing. However, while traditional sourcing in the UK was lacklustre in both value and number of awards for the fifth consecutive quarter, the UK has embraced as-a-service sourcing, which is likely impacting its figures in areas where it has historically enjoyed success.

Elsewhere, the Nordics, France and Southern Europe all saw ACV increases. The French market showed strength in both volume and value, with ACV and the number of contracts up by more than 50% each, compared to their muted performance in 2015. The Nordics sub-region saw its performance return to traditional levels following a similarly muted 2015 result.

By industry, several sectors in EMEA showed strength. Manufacturing led the way with ACV exceeding €1.5 billion year to date, up 116% over last year. Moving beyond its impressive performance in the first half of this year, the sector is enjoying a surge in demand, with a 62% increase in contracts.

Other industries posting positive results include business services which, year on year, enjoyed a 69% jump in ACV, and retail which was up by 50%. In contrast, transportation value fell 25% to its lowest ACV year to date since 2009, and financial services dipped 6% year to date, compared to the same period in 2015. The FS sector continues to be weighed down by macroeconomic concerns and prolonged low interest rates. However, the ongoing rollout of digital initiatives should see the sector pull back to achieve mid- to long-term growth.

EMEA’s positive results have led ISG to revise its forecast for the full year. While DACH’s stand-out performance and the renewed activity in France and the Nordics have offset quiet traditional sourcing activity in the UK, it is encouraging to see the UK market embrace the as-a-service culture so enthusiastically. We will be monitoring the impact of Brexit on sourcing decisions across the region, but the early indication is that the industry is continuing apace, and rather than anticipating a flat market for 2016, we now anticipate gains and a potential record for the as-a-service market globally. 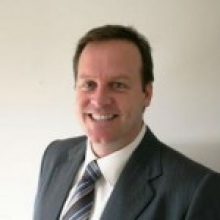