OPINION: Brexit: opportunities and threats for the outsourcing industry 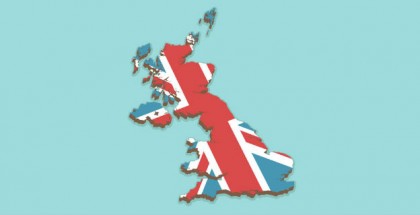 Over the last month, British businesses have been bombarded with other people’s opinions. In the outsourcing industry, this is quite normal: everyone and their dog has a strong opinion on how outsourcing companies should and shouldn’t operate. But this time, we’re being told that our businesses are on the line because of a vote.

I’ve worked with outsourcing companies worldwide, and if there’s one thing I know about their culture it’s that they are very comfortable with change. And they don’t scare easily. They’re tough, resilient, agile and intelligent. However, we do need to take the possibility of Brexit seriously. Just because outsourcing companies know that they can cope with almost anything, doesn’t mean we should be complacent about Brexit.

Trade organisations are in full swing on the subject. Every week there is a flurry of new surveys – always pronouncing that “Brexit Is Bad” and their members don’t like the idea at all. The National Outsourcing Association (NOA) is no exception. They carried out a recent poll of their members and found that the majority of the UK outsourcing industry wants Britain to remain part of a reformed European Union; with 35 per cent indicating that they want to remain “to preserve valuable outsourcing and trade relationships”.

But what happens if the British people do vote to leave? What are the real risks and are there any opportunities?

Brexit poses significant threats to the outsourcing industry. Many businesses in the UK rely on EU workers, and though there is absolutely no risk of anyone being repatriated, if we vote to leave, it is likely that many EU employees will decide it’s time to return to their home countries. This leaves us with questions about how to fill vacancies in years to come when there will be no automatic right of entry for EU workers. This breeds uncertainty, especially when you’re bidding for new contracts in an increasingly competitive environment.

As we all know, uncertainty is one of the very biggest threats to business because it causes stagnation. People stop expanding, start sitting on their hands and waiting to see what happens next. In the case of the EU vote, this will start soon. In the next few weeks it’s likely that your customers, stakeholders, shareholders and potential investors will start asking you what plans you’ve got for Brexit. They may not be interested in the detail, but they will want to know that you’ve thought it through and have plans in place, as far as is possible. You need to look like a company that is prepared for anything and everything. After all, if your customers see you floundering over your planning, they’ll lose confidence in your ability to deliver on anything else.

But there are some up-sides to a potential Brexit. If we do leave the EU, while share prices will undoubtedly fall, so will the exchange rate, and the pound sterling will come closer to parity with other global currencies. While this means that imported goods could become as much as 30 per cent more expensive, there is another side to a fall in the pound, one which could be a big boost to the outsourcing industry. Suddenly, if you’re a foreign company – especially one outside the Eurozone – setting up shop in the UK, or using quality British outsourcing companies, will be that much more affordable and attractive. British services, along with our manufactured products, will also be cheaper on the global markets, potentially pushing up demand worldwide, and giving UK industry as a whole a boost.

A Brexit will also mean that, at last, there will be light at the end of the tunnel when it comes to EU red tape and regulation. But businesses in the outsourcing industry especially will need to know exactly what they want from this new lighter more tailored UK-only regulation – or they risk not being able to lobby effectively. Remember, it’s easier for the government to keep large swathes of EU business regulations on the books rather than take time to ditch each one in turn. So it’s worth considering where to put your energies post-Brexit.

At the moment there is one big opportunity out there for the outsourcing industry: as it stands hardly any UK businesses have a written plan for Brexit. If you have one then you’re instantly ahead of your competition. Make a plan using the limited information available and then shout about it. You can boost your reputation quickly and effectively if you spend a few days planning your own future outside the EU. And the more research and planning you can do now; the more you can cut through the speculation and get to the facts, the more likely you are to come through any exit successfully.

Finally, don’t get lulled into a false sense of security. A Brexit vote is entirely possible. Don’t believe that just because the Scots did not vote for independence, the EU vote will go the same way. Yes, generally speaking, people do not like change. But the EU is not doing itself any favours right now and we live in troubled times. It will only take one incident at home or in Europe to give the leave campaign a resounding victory.

Do your homework. Listen to everyone but make your own plans based on your own unique circumstances. And do it fast. As with all disaster planning, we hope we’ll never need to use the plans in earnest, but in this case they really could make the difference to your chances of surviving Brexit. 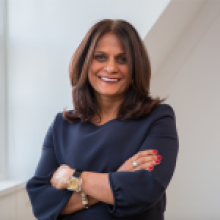