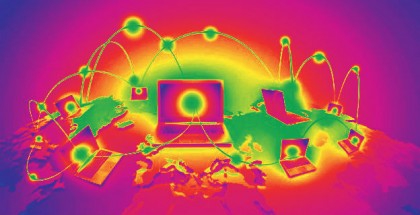 As many of you know, in 2014 Outsource entered into a partnership with KPMG to produce the GBS Roadmap series of conferences focused on Global Business Services (GBS); these events (the first two of which took place last year in Stockholm and Amsterdam respectively) cater both to delegates looking to develop and implement a GBS strategy and to those already operating GBS who are now seeking ways to mature these established environments.

With the next instalments of the GBS Roadmap series now in development (the second Nordic region event is scheduled for November 15-16, in Copenhagen, Denmark; details of other conferences will be released imminently) I thought it was time to put out a call to anyone interested in attending or sponsoring what are extremely valuable conferences which strip away the hype surrounding GBS to examine what’s actually going on within some of the world’s foremost organisations. If you’re working within a GBS environment or if your company is considering implementing the model – or if you’re a supplier seeking to showcase how your own organisation is helping its clients along their various GBS journeys – please drop me a line at jliddell@sig.org and I’ll bring you up to speed. I’m especially keen to hear from senior professionals who’ve gone a long way down the GBS road and who’d like to share their experiences with their peers: if you’re a potential speaker, in other words, your industry needs you!

Our partners at KPMG, of course, are very much leading the way when it comes to the advisory side of GBS – and I’d like to take this opportunity to point readers towards a new report entitled The GBS Payoff, written by Rick Bertheaud and Don Ryan (the latter also leading KPMG’s efforts on the various GBS Roadmap series agendas, and thus responsible in no small part for the great success of the first conferences last year).

The GBS Payoff (subtitle: “Leaders drive the metrics that matter”) reports on research which KPMG has been conducting over the last 18 months “to understand levels of maturity, the impact of specific activities on driving maturity, and the relationship between maturity and other operating characteristics on overall financial performance”. It features learnings from over 200 GBS organisations from around the world and expands significantly our current understanding of the GBS model and its actual (as opposed to claimed or hypothesised) value to those organisations adopting it: “Those with more mature GBS organisations,” assert Bertheaud and Ryan, “have demonstrably driven greater financial performance – to the tune of tens of millions of dollars – by properly activating the right levers.”

At the conclusion of the report, the authors give some “critical considerations for driving GBS maturity and financial performance”, one of which in particular certainly struck a chord with me after my experience at the two GBS Roadmap events last year where a huge diversity and variety of GBS structures (and, indeed, philosophies) were on display: “GBS isn’t a one-size-fits-all model.”

“The impact of actions taken vary significantly by segment,” Bertheaud and Ryan explain. “Carefully prioritise the actions with the greatest impact based on your company’s current levels of GBS maturity, scope of organisation, and target operating model aspirations.”

I won’t cheat the authors out of your attention by giving away the rest of their conclusions: anyone wanting to find out more – and indeed anyone with an interest in Global Business Services generally – should certainly check out The GBS Payoff and can access the full report (in a PDF) here.

Meanwhile, once again, anyone seeking to learn more about attending, speaking at or sponsoring any of the next instalments of the GBS Roadmap conference series should reach out to me at jliddell@sig.org (where, of course, I’d also love to be contacted by anyone interested in writing about their own experiences of the GBS model). I look forward to hearing from you.