Why Companies are Siliconizing the Timing Supply Chain

Why Companies are Siliconizing the Timing Supply Chain

Related news:
Why the Just-in-Time Supply Chain Model is Failing

The siliconization of the timing industry began in earnest 15 years ago. Today MEMS (micro-electro-mechanical systems) timing companies have shipped over 2 billion units of silicon MEMS timing devices. They are used in 400+ applications from the most accurate wearables in the world, to 5G radios that operate in harsh environments, to automotive cameras that serve as the eyes of the mission critical ADAS systems.

So why silicon MEMS for timing? Simply put, silicon and semiconductors have transformed many industries – photography film, magnetic storage, incandescent lighting and mechanical sensors – because they offer dramatic new functionality and performance while simultaneously reducing power, size and design complexity. And for the same reasons, they are now transforming the timing industry.

The accelerated pace of timing industry siliconization is driven by two market trends: the emergence of new applications with more complex and demanding timing requirements, and the need for more timing components.

5G radios is one such example of mission critical applications that must operate in harsh environments with zero downtime. In 5G, silicon MEMS delivers the best time accuracy that underpins the 5G radio access network (RAN), with systems operating under environmental stressors such as high temperature, rapid temperature change, vibration and noisy power supplies.

Automotive electronics represents another growth segment with huge demand for silicon MEMS timing. MEMS timing not only eliminates quartz-based timing components as a major reliability concern, but also provides the necessary capacity to sustain customer production needs even in the face of industry wide shortage challenges.

If one looks inside an electronic system, few components are not 100% silicon based, timing being one example. And with MEMS, timing is well on its way of siliconization.

Timing, the Heartbeat of Electronics

Simply stated, timing is the heartbeat of electronic systems, delivering an accurate, stable and regular signal – like a human heartbeat – and providing a reference for all digital components in the system. Five timing parameters are of the highest importance: absolute frequency, accuracy, stability, low noise and long-term performance.

Timing devices consist of passive resonators, active oscillators, and integrated clock generators and buffers, each of which performs different functions. There are two essential components inside a timing subsystem: a resonator that vibrates at a resonant frequency and an analog integrated circuit (IC) that converts these vibrations into electrical signals and distributes them. In many cases, the resonator and IC are combined in a system-in-package (SIP) to form a complete solution.

How is Silicon MEMS Technology is Different

In the past, most resonators have been quartz crystal based. They exhibit piezoelectric effects and require a precise thickness and angular cut during manufacturing to achieve the required resonant frequency and stability over temperature, respectively. While quartz is a mature technology that has served the electronics industry for over 70 years, it has limitations such as fragility and large size, plus susceptibility to mechanical stresses, rapid temperature changes and aging effects.

Silicon MEMS technology has recently emerged as a superior alternative to quartz and has these advantages:

One might ask how susceptible MEMS technology is to supply issues compared to Quartz? Quartz and MEMS timing supply chains are fundamentally different and separate.

Quartz has unique packaging characteristics. Quartz crystals must be packaged in a vacuum inside hermetically sealed ceramic packages to enable accurate and reliable operation. There are few ceramic package suppliers globally, and according to various industry reports, a leading Japanese provider commands a 70% market share. Any disruption can impact the entire quartz timing industry -- as has happened before.

On the other hand, silicon MEMS resonators are dramatically smaller than quartz and operate in a die-level vacuum, eliminating the need for hermetically sealed packages. MEMS-based timing devices can use various semiconductor packages, including standard plastic packages and advanced wafer-level chip-scale packaging (WLCSP). These packages are easy to manufacture and are provided by all major semiconductor assembly providers (e.g., ASE, UTAC, Carsem).

The analog ICs for quartz oscillators are usually outsourced for development and manufacturing. And in many cases, they are manufactured in dedicated fabs associated with the quartz industry, which can be a problem. For example, in October 2020, a fire at a plant operated by Asahi Kasei Microdevices (AKM), a Japanese analog IC supplier, impacted many quartz timing suppliers. The resulting shortages had a cascading effect on many electronics markets, which are still being felt. Another example was the Great East Japan Earthquake of March 2011, which had a devastating impact on human life, communities and industries. Many quartz factories in the region went offline for months, causing disruptions that reverberated throughout the industry.

The analog ICs for MEMS are typically designed inhouse by the same companies that develop the MEMS resonators and are manufactured in large foundries such as TSMC. Given the tremendous capacity of global semiconductor foundries, scaling up silicon supplies is usually simply a matter of timely forecasting.

Despite recent shortages, semiconductor supply chains are still more flexible and responsive than quartz and can scale up or down to meet electronics' demands. Industry watchers expect that the current semiconductor shortages will ease as the supply chain scales rapidly to meet forecasted demand.

Business continuity plans (BCP) require a diversity of supply and having two independent sources is a tremendous advantage. In the timing industry, having two quartz suppliers is just not good enough, as each source may still use the same package or IC supplier. Instead, electronics companies must consider adding a completely disparate technology and supply chain, such as MEMS timing, to fulfill their BCP requirements. The added benefit of MEMS timing is that it also offers a performance advantage over quartz.

Compared to the inflexible, vendor-constrained quartz supply chain, the $440 billion global semiconductor industry provides a robust, flexible and stable ecosystem for MEMS-based timing devices to serve the needs of the ever-growing electronics industry. The siliconization of the timing industry is rapidly accelerating. Whether for risk mitigation, inventory diversification or a clear design advantage, learning about the benefits of MEMS timing is a sound first step to take. 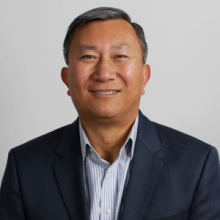 Jeff Gao is director of product marketing for SiTime, a market leader in MEMS technology. Jeff is responsible for all aspects of marketing including 5G communications strategy.

Back to the Future: Intelligent Supply Chain Planning
07/27/2022