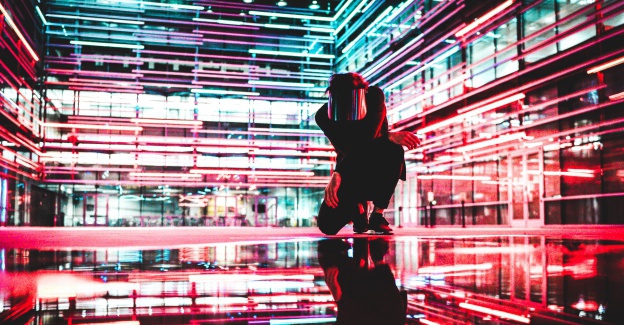 The last few years have triggered dramatic changes in the way IT outsourcing arrangements have been made by enterprises. As expected, some of the changes are taking time before they become center stage. In addition, some of the triggers did not live past their hype and fizzled out before they could deliver the promised value sought by enterprises.

While several triggers have endured and driven changes in the last five to eight years, the rate of change has been gradual due to the multi-year nature of most outsourcing contracts. This meant that any change had to be incorporated during the life of the existing contracts. Another reason for the slow adoption is the collective wisdom of enterprises, which helps them wait out a new change before deciding to adopt and include them in their IT strategy.

The good news is that in this wave of change, the triggers are actually leading to higher cost savings, accelerated rate of return on investments and far more simplification than ever before in the IT landscape. These triggers are also largely technology agnostic and in many cases have been led by a set of new players who hitherto were not involved in enterprise IT deals. So, what are these triggers and how are they changing the outsourcing arrangements for both enterprises and existing service providers?

Cloud Computing
While cloud computing has been on the horizon for almost a decade, it has become a serious game changer in IT outsourcing deals in the last five years. Enterprises have incorporated cloud solutions initially for non-core areas and more recently for core areas. More critical applications are now moving to cloud across various flavors of cloud implementations from public to private to everything in between.

Moving to the cloud has helped enterprises realize business benefits ranging from reduced capex expenses, vastly improved agility and overall reduced cost of operations. This has made a huge dent in traditional data center services revenue of service providers who rode the wave of helping clients manage complex systems in data centers. The new entrants to the game here are companies like Amazon and Microsoft that provide enterprise-grade cloud solutions and services.

The last decade has also seen a more rational view of IT outsourcing by enterprises. From the previous decades of outsourcing as much as possible in IT to maximize business benefits, the trend is shifting to outsource commoditized non-core services. Initially led by large enterprises, the trend to move key business-associated functions back in-house has now picked up steam. A lot of the application development of core functions, architecture services, security and consulting have moved in-house.

Another dimension to this is the increase in the number of Global In-house Centers (GICs) that enterprises are leveraging to access talent pools and gain cost-efficiencies at similar offshore locations as their erstwhile service providers were using. Again, this has a big impact on revenues for service providers as more and more meaty scope has been taken away, resulting in lower revenues and profitability.

Automation technologies have now moved mainstream in several areas where labor intensive efforts were required to deliver services with low decision-making processes involved. Several large pieces of work around basic service remediation, patch deployment, standard operating procedures execution, etc., are now being automated with technologies like Robotic Process Automation (RPA), which mimics human action through software code that executes with great speed, almost no errors, at a fraction of the cost and without bothersome human resource issues to be handled!

Though the efficacy of such technology depends on how well the initial assessment and implementation are done, there are several case studies where these have moved to mainstream services. For service providers, this gives an opportunity to deliver superior service quality, but with a reduced dependency on labor, which in turn reduces their revenues in the long term.

Most of the IT landscape for enterprises has traditionally revolved around developing and then maintaining applications relevant to their business. Along with this came the necessary evil of managing associated hardware and systems to support these applications. A major spend for the software license of various components, applications and databases also exists. In the last few years, companies like Salesforce, Workday and others have dramatically transformed the enterprise IT landscape by providing cloud-based hosted applications specific to common business functions like Customer Relationship Management (CRM), Financial Management and Human Resource Management. These hosted applications have done away with the need for developing, maintaining applications and managing infrastructure to support them, resulting in huge savings for enterprises. The charges are usually subscription-based, helping enterprises control the spend each month instead of trying to manage through chunks of multi-year capital investments. Microsoft’s Office productivity software, one of the most used desktop-based applications, has embraced the hosted app bandwagon with its Office 365 offering.

In summary, traditional IT service providers—whose revenues are, for the most part, declining as an overall category—have never had it so bad. Cloud computing, hosted apps and in-sourcing have reduced the most profitable scope of work that enterprises were outsourcing. To add insult to injury, the pieces of work now being outsourced have a low value commoditized scope, but these also happen to be the best candidates for the automation that enterprises rightly expect. This has resulted in additional investments by service providers to stay in the game—the outcome of which is mostly to further reduce their revenues.

The counter offensive adopted by most IT service providers is to brand a new set of offerings that are more business aligned under the umbrella of “digital services.” Most now pride themselves in reporting how “digital revenue” has been increasing. Services clubbed under this are now being pitched to sales, marketing and customer experience leaders with technologies around analytics, social media and mobility. These opportunities result in smaller programs with much lower revenue per contract than traditional contracts. The quest for stickiness by service providers has never been as intense as it is today. In all this, enterprises are surely benefiting by getting a lot more done with a lot less than before.