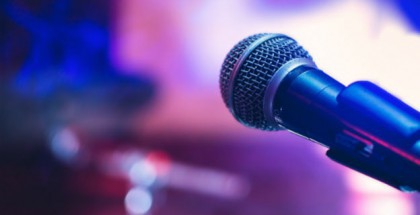 Having previously covered the best outsourcing hip-hop artists and rock bands, we thought it was high time our Top Ten series returned to the music industry - this time, with a look at some of the greatest and most influential solo artists of the last few decades. As with all such lists, this roster is entirely subjective - though we're confident that if there's an outsourcing pantheon, all these stars are shining brightly within...

What remains to be said about the Man in Black? Five decades of global superstardom, some of the most memorable and inspirational process efficiencies in the history of popular back-office activities… Sure, he had his brushes with the law, and his occasional wranglings with drink, drugs and sub-optimal exception handling – but then such is the price of genius. Relevant and moving to the last – who could forget those late triumphs ‘Hurt’ and ‘When the Audit Comes Around’? – the man may be gone but his work will live forever.

2. Sandie Offshore
Any Brit of a certain age will recall where they were in 1967 when a shy young beauty from Essex became the first UK act to win the Eurovision Outsourcing Contest: the national pride which followed the triumph of ‘Puppet on a String Metric’ hit heights unseen since the heady days of the Blitz. A long and profitable – if politically sensitive – career was to follow, with “our Sandie” sending her last job overseas as late as 2013.

3. Contract Twitty
Admittedly a lesser light than some of the luminaries on this list, Twitty nevertheless played an indispensable role in the evolution of the US country outsourcing industry from the late ‘50s onwards: in the words of his Hall of Fame certification, “Without ‘The Contract’ there’s no deal!” His passing in 1993 saw a wave of grief and despair wash over the international legal community, though the release of an especially good vintage from Château Mouton Rothschild soon cleared that up.

4. Benchmarky Mark
It’s a little-known fact that before blasting into Hollywood with the likes of The Departed and Planet of the Apes, Mark Wahlberg combined making music with carving out a promising professional life analysing company performance data – a background which he says stood him in good stead for the next phase of his career: “You don’t know class until you know world-class.” Immortalising his exploits in a serious of smash hits including ‘No Mercy (Unless You Pay For Consultancy)’ and ‘Feel the Bribe’ the artist formerly known as Benchmarky Mark is an example to all of us (except when he’s beating up immigrants). 5. A Dell The likes of Ray Kurzweil talk about “the singularity” being only a couple of decades away – but as far as the outsourcing space is concerned, the AI tipping point was already reached in 2015, with the release of 11001, the third studio album by a self-effacing laptop whose CPU-felt lyrics and plangent tones have taken the world by storm – and who left the likes of Beyonce in its wake at the Grammys. Playing to sell-out crowds at server farms worldwide, this is an artist unlike any we’ve seen before: a true international treasure, available at under $500 in your area.

6. Just-In-Time Bieber
Loathe him or despise him, you can’t ignore the astounding success achieved in recent years by this callow, artistically debased approach to manufacturing and inventory management. It’s true, he may well produce in most professionals a response akin to that resulting from drinking a Portuguese man’o’war – but can tens of thousands and factories and warehouses around the world all really be that wrong? (Answer: yes.) 7. PRINCE Thanks to this cosmically talented – and much-missed – performer, not only do we know what it sounds like when doves cry, we also know that we can stop them crying by dividing projects into discrete controllable sections. Talk about a legacy: wow. Just wow.

8. CapEx Stevens
One of the most distinctive voices of his generation, Stevens strove to bridge east and west, secularism and faith, and buyer and provider in a way unlike almost any other before or since. Decades since his peak, his message “continues to breeze thunderously through the hearts of millions” (though he says so himself) – and if those obtaining outsourcing services flee from that message with smiles on their faces, and those supplying them heed it with tears on their cheeks, that’s no more than Stevens himself anticipated long ago: “With my history and my knowledge of both sides of what looks like a gigantic divide in the world, I feel I can point a way forward to our common humanity again,” he says, in no way arrogantly.

9. CSat Green
It’s been a tough couple of years for the diminutive-yet-huge-voiced Green, with some unsavoury legal troubles arising alongside the worldwide rigging of online review systems. However, he’s continued to hold his head up at least waist-high, confident that organisations around the world will continue to maintain a laser-like focus on the customer at all times, no matter the short-term bottom-line impact. Then again, maybe he’s crazy…

10. Paul Cybersecuritymon
Ascending to stardom in partnership with then-friend ARD Garfunkel, Paul – or Al, as he sometimes prefers to be called – went on to forge an incredibly illustrious solo career whose highlights include defying the Apartheid regime of ‘80s South Africa to collaborate with the oppressed black community in the creation of infosec standards, many of which are still in play today. (NB: Somewhat ironically, Cybersecuritymon was married for several years to the late Carrie Phisher. You can’t make this stuff up.) Do you have thoughts on whom might be added to this list – or ideas for an entirely different Top Ten? The editor’s waiting to hear them: jliddell@sig.org...