Brexit: a black swan with unexpected relevance for outsourcing contracts

Europe is in turmoil after Great Britain’s vote to leave the European Union. Those who now claim to know what will happen now – in outsourcing or in other areas – will make two big mistakes: First, they will show that they don’t understand what Brexit is. Brexit is, to use the words of author Nassim Nicholas Taleb, a “black swan”: an unexpected event with largely unforeseeable consequences, just like 9/11 or the Lehman Brothers bankruptcy filing. Second, they will simply be wrong. Since Brexit is a black swan, no one can truthfully claim that they know what will happen as a result of it. However, this state of confusion and uncertainty created by Brexit teaches us a critical lesson regarding outsourcing, especially regarding outsourcing contracts.

Let me explain. The state of uncertainty created by Brexit is only apparently new. In reality, in the modern, complex, fast and global economy, we live in constant uncertainty. Black swans are everywhere and appear all the time, not least in outsourcing. The problem is that our mind tricks us into thinking that black swans do not exist. We falsely believe that we are good at planning and dealing with risks in contracts. Professor Daniel Kahneman, Nobel Prize-winner and author of the best seller Thinking, Fast and Slow, refers to this bias of our mind as the planning fallacy.

Brexit therefore reminds us of the contracting paradox. Contracting is about planning for the future. But in the modern economy, we simply cannot make accurate plans when it comes to more complex deals like outsourcing. This is the paradox: we must plan but cannot make good plans. And ignore the fact that we can’t.

That we often fail to plan properly when writing contracts is all too obvious. Studies have shown the existence of massive value leakage from contracts in the form of budget overruns quality problems, penalties, dispute resolution costs etc. The International Association for Contract and Commercial Management (IACCM) has estimated this value leakage to 9.2% of the company revenues, on average. Those are largely the costs of the contracting paradox.

Outsourcing partners should abandon this contract form and instead use contract processes and forms that ensure trust-based relationships within which the deal can flexibly change, aligned interests, collaboration on risk assessment and mitigation, and a fair sharing of the costs of those unavoidable black swans. This is what relational contracting is largely about. Under a relational contract, the parties can carry out successful business while dealing with the uncertainty of the future. A number of studies show that relational contracts over-perform when compared to the transactional contract.

So perhaps Brexit can be used for some good – in outsourcing contracts. 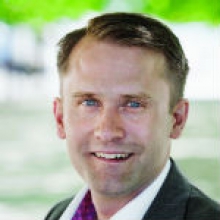 David Frydlinger is a lawyer for Lindahl law firm in Stockholm, Sweden, focussing on outsourcing and other strategic contracts. He also teaches Collaborative Contracting at the University of Tennessee and is a Certified Deal Architect of the Vested™ model for successful partnership.