Battle lines in the sourcing world 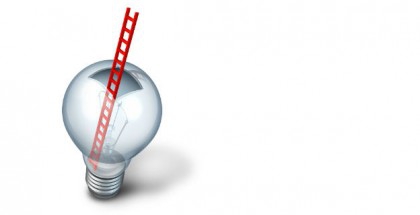 The sourcing industry can be thought of as a harbinger for new ideas, technologies and solutions that much of the developing world wasn’t privy to toward the end of the millennium. Of course, the type of explosive growth this industry has created is old news. The good side of this story was in its ability to create millions of jobs for young people in many of the developing nations struggling with economic growth in the face of older industries and lack of sustainability. The adverse side to this story has been the rising income gaps between the enabled and the un-enabled folks that couldn’t benefit from the wave of technological adoption (factors influencing such lack of adoption notwithstanding).

Twenty years of rigorous adoption of sourcing have seen the progressive creation of new service lines and delivery models, alongside rigour and discipline across the entire life-cycle. However the primary premise – of leveraging human resources as capital and inputs – remained unchanged. Was value created or eroded? This is a question that is beginning to gain traction, both in terms of defining what value actually means, and what it doesn’t. I am inclined to think that one cannot (and should not) judge the industry’s achievements (or lack thereof) in the recent past due to lack of knowledge or experience. On the contrary, I would argue that the progressive pursuit from discrete to integrated services has opened up a plethora of opportunities, which in turn hasn’t garnered much attention. Consequently, many organisations that were at the cutting edge of adopting sourcing have begun to see the limitations these models continue to pose, particularly in the face of an increasingly complex marketplace where consumer needs change quickly.

As a practitioner I would have expected that we in the industry realise the inherent limitations we began building. Unfortunately most of us live with a blinkered outlook based on our successes. Principle among our pursuits has been an aggressive commoditisation of (hitherto) innovative services. Such democratisation has been extremely helpful in transcending borders and fueling growth in many nations. Of course, a price needed to be paid, and that has taken the form of de-leverage. Control, ownership and predictability have given way to inter-operability, open standards and ubiquity that transcended experience or size.

Meanwhile, another significant set of changes were in motion. Of particular importance (in the context of the sourcing industry) has been evolution of and in social networks, data science, cloud computing, atomically precise manufacturing, automated machine learning and M2M interactions. Machines and technologies have begun to replace human labour.

In the face of increasing population and a growing middle class, a resource revolution has been waiting to happen to satisfy the needs of over 2.5 billion new middle-class people worldwide. Meanwhile, smart machines have become increasingly able to perform advanced pattern-recognition tasks (that hitherto required human intelligence). The evidence of “capital deepening” is undeniable, where robots, computers and software (as capital) are increasingly substituting for human labour. The contributing factors for such capital deepening have been increasingly cheap processing power, sophisticated software, cheap and ubiquitous sensors, and a much better understanding of human intelligence (in the form of cognitive sciences).

Meanwhile, other significant shifts have come into play in the marketplace. Primary among these are the reduced distinction between buyer and supplier markets, where integrated approaches to production and consumption have begun to give rise to a new breed of companies. Technological innovations like atomically precise manufacturing have begun to compress global supply chains (thereby upending traditional businesses ad nauseum). Further, automation at the transactional level (especially jobs requiring high levels of pattern recognition) has begun to replace humans. Input factors have started to get equalised to the extent that organisations that had thrived on differentiating (amongst themselves) by the nature of their inputs have begun to lose out.

The age of “Zero Marginal Value” has begun, where capital such as software and robots can be replicated cheaply, thereby creating an environment that builds upon its successes, with marginal value reducing dramatically even when used in greater quantities. A state of “Global Commons” is likely to be established as the marginal costs of many industries are driven to near zero (nearly profitless).

The intensity of these changes have impacted all industries, including global sourcing. Traditional models that thrived on input-factor sophistication are being seen as increasingly irrelevant in the face of transcendental shifts in business models, marketplace complexities and consumer expectations. The uncertainty faced by organisations is unprecedented. Expectations from the sourcing industry have invariably shifted from being fringe provisioning entities to being collaborative, co-creation partners. The loosely used term Global Business Services (GBS) encompasses all of this and much more. Is the sourcing industry ready to address these impacts ?

The below graphic is a snapshot of all that is changing within corporations worldwide.

Fundamental shifts are noticeable across all layers within organisations. The biggest shifts are observed in the Operational and Tactical layers. The former is seeing a shift from transactional to intelligent workflows, where technological and other innovations across data science, artificial intelligence and other trends mentioned earlier are influencing traditional resource-heavy delivery. Intelligence is being created continuously instead of keeping the lights on. The fallouts are the irrelevance of job-centric and transactional models. Meanwhile in the tactical layer traditional service delivery of the premised efficiency-based endeavours within functions is being replaced by an integrated multi-functional and cross-organisational view. The endeavour isn’t as much about enhancing efficiencies of operational inputs through structure and rigour; rather the emphasis is co-creation and predictive approaches that aim to build resilience within the larger organisation.

These transformative approaches are having a significant impact on strategic expectations. Leaders now expect their provisioning partners (third parties of shared services or joint ventures) to focus on growth and resilience, instead of just establishing standardisation. The emphasis on creating a nimble, loosely centralised yet highly agile organisation is taking precedence over traditional management theory on how to run corporations with a global footprint – and this is the crux of all the changes one is witness to in the world today. We may toss around new terms like RPA, SIAM, SMAC within the industry (and assume these are replacing older terms like ITO, KPO, BPO etc). The reality is way more complex and matrixed than many realise.

The need of the hour for the provisioning side of the sourcing world is to appreciate that new deployment models, and a radically new way of thinking, are needed to remain relevant. Principle among these would be the adoption of the following (in addition to the technological aspects elucidated in the graphic above):

I firmly believe that such an endeavour would eliminate the current inconsequential conversations around talent shortage, distinction through peddling operational efficiencies, or location distinctions (since “shores” do not matter any longer). The old days when such factors played a huge role in building a provisioning marketplace are no longer. The faster that firms recognise these undeniable shifts the better for them. The questions have moved from differential to existential. 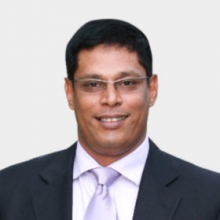