The Modern Slavery Act: how can I make sure that I outsource safely?

The UK’s Modern Slavery Act 2015 (the MSA) now means that businesses’ supply chains need to be safer, more transparent, and more ethical. While it’s hard to argue that any of this is a bad thing, the development has left a few businesses in something of a panic. January this year saw the first conviction under the act: Mohammed Rafiq, owner of the bed-making business Kozee Sleep, was sentenced to 27 months in prison.

Am I safe from the MSA?

Once you examine the details of this case, it becomes clear that Mohammed was not some innocent businessman caught off-guard by heavy-handed government legislation. Rather he had paid two Hungarian gangmasters to supply him with slave labour. These labourers were then two pounds an hour to work 10 to 16 hours a day, seven days a week, and to live in absolutely appalling conditions with no freedom to travel.

Even if Mohammed had no idea that the living conditions for these workers were so terrible, and even if he was not aware that he had outsourced his recruiting to a couple of thugs, he still must have known what these workers were being paid. After all, it’s not as if they were being paid a few pence under the threshold. Rather, they were being paid less than a third of the legal minimum. At best, Mohammed was an extremely naive and, frankly, stupid businessman. At worst, he was willingly exploiting slave labour to save money.

All of this is to say that small business owners need not fear arbitrary punishment from aggressive law enforcement. The fact of the matter is that if you have nothing to hide, then you should have nothing to fear. This new law has been designed to tackle slavery, a term with a very narrow definition, and so most British supply chains will carry on as normal. Businesses should not be worrying about if they will be safe from punishment under the MSA. Instead, they should be rejoicing that the MSA is ensuring the safety of workers.

Don’t get complacent though!

It is possible, however unlikely, to wind up breaking the law out of sheer incompetence. This sort of thing happens a lot in business. Very few companies, for example, break health and safety law willingly. Most of the time, it’s done through misunderstanding or naivety with 72 per cent of employers claiming that they find keeping up with HSE regulation a burden.

There is, of course, a huge difference between a company that misreads or misinterprets a few safety laws here and there, and a company which winds up using slave labour. Though cognitive dissonance is a powerful thing. If the amount of money involved is large enough, and if the pressure to get things done is intense enough, humans are able to ignore some pretty awful things. The ongoing accusations of forced labour during stadium building for the Qatar World Cup 2022 is perfect evidence of this.

Following the law is an awful lot easier if you know what the law is, so do your research. The new MSA regulationsdefine slavery specifically as forced servitude, human trafficking, or exploitation. That last one, to clear up any confusion, means that you are breaking the law if your employees — or any employees working for a service provider that you have outsourced work to — have been forced or tricked into doing work. Moreover, and this should be extremely obvious, sexual exploitation, removal of organs, and child labour all count as slavery as well.

Where some British service providers might trip themselves up is in the clause in section 3, which essentially states that an employee is a victim of slave labour regardless of the country they are employed in. So if you or the organisation you are outsourcing work to is based in the UK, then both you and service provider should act as the employment “took place in England and Wales” regardless of where their employees are working. This is by far the best way to make sure that you are unambiguously obeying the law.

The moral of the story is that service providers who are you are outsourcing work to should be treating their staff as if they were British employees. Wages do not necessarily apply in this instance, the minimum wage is currently £7.20 per hour in the UK and this is not the case in Poland, but almost everything else should, and indeed does, apply. Regardless of the labour laws in the country where your work is outsourced to, forced servitude, exploitation, and unsafe working conditions should be an absolute no.

Always be sure to ask if whoever you are outsourcing work to is following the law. If they don’t know, you can either gently remind them or consider breaking off your business arrangement. After all, you don’t want to take risks and you shouldn’t need to either.

The best way for service providers to outsource safely to abide by the laws of the country that the business they are outsourcing for is based. In other words, if you are based in the UK, then request that your service provider makes sure that workplaces are safe to a UK standard. It shouldn’t be too big of a request; it simply shows that you are erring on the side of caution.

In the UK, HSE recommends an expert racking inspection at least once a year for all warehouses. While this same standard of safety may not be expected in the warehouses where your work has been outsourced, enforcing it across all warehouses has benefits beyond safety. This is because safe businesses make more profit. One study argued that for every $1 a business spends on safety, it can save up to $6.

Safe employees are more motivated and healthier and so a safe working environment is not just a legal requirement; it’s a great investment. When looking for an outsourcing service provider, try to find someone who shares those values. This won’t just save you from run-ins with the MSA, but it will save you time, money, and stress as well. 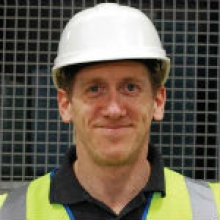 Justin O’Sullivan is a writer and the owner of Storage Equipment Experts. His company delivers rack safety inspections to businesses across the UK in order to make the global supply that much safer.