Onshoring vs. Offshoring: 4 Indications the Tide is Turning in Manufacturing 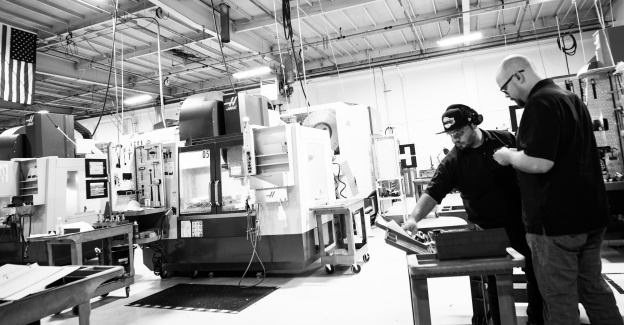 Uncertainty over the future of the ongoing trade war between the U.S. and China continues to take its toll on supply chains worldwide. While some companies and manufacturers are setting their sights on alternative foreign factories, such as Vietnam and Thailand, others are looking to make parts closer to home.
In fact, one report claims more than 50 manufacturers have already left China, most of which are technology hardware suppliers. Another indicates that two in five American companies with manufacturing arms in China have either relocated or are planning to relocate their production to other offshore sites. Analysts say these are not simply short-term departures nor knee-jerk reactions to the rising tariffs, but more mid-term diversions to mitigate future risks. With the threat of more tariff increases coming in October, companies are considering more durable “Plan B’s” for their supply chains. As such, two things are clear -- the tide is turning for traditional outsourcing, and manufacturing’s role is evolving.

In the years I worked with both onshore and offshore sourcing teams for large corporations, including Applied Materials (2000-2004), Apple (2004-2007), Gap (2007-2011) and Fitbit (2011-2014), I experienced firsthand the complex sourcing challenges B2C and B2B companies face on an ongoing basis. When I started nearly 20 years ago, sourcing costs were much lower. Companies chose to offshore because they had more affordable access to a 24-hour employee base. They could make a change in the U.S. and have their teams overseas work on them overnight, so they could iterate faster. Companies had more flexibility and didn’t have to invest in the capital to do the manufacturing themselves.

Millennials are now changing the workforce in China. Previously, first generational workers were coming from smaller villages to major cities and were sending their paychecks back home to their families. Now, they are second and third generation employees who have more disposable income. They can get trained at one company and choose to work at a different company with better pay. The changing face -- and age -- of the Chinese workforce is also causing a factory employee shortage. According to one recent statistic, the aging population in China is expected to cause the workforce to dwindle by 100 million every 15 years starting in 2020.
The evolving workforce overseas means continued pay increases. Per the Deloitte 2016 Global Manufacturing Competitiveness Index, wages around the world have risen fivefold since 2005. That, of course, drives up costs. Higher costs, combined with increased freight charges and tariff threats, are the major downsides companies currently face with offshore sourcing.

Escalating the Speed of Innovation

Innovation drives businesses forward. When it comes to hardware, bringing quality products to market quickly depends on fast iterations all the way from prototyping through to production. Typically, onshoring allows companies to innovate more quickly in a few key ways.
First, there’s less time spent with parts in transit. Today, it’s common for high-resolution prototypes to be produced and delivered within 48 hours, which was unheard of just a few years ago. Compare this to offshore options, which can take weeks.
Additionally, more than ever, manufacturers are partnering with product engineers to help problem-solve earlier in the design process. A Product Engineer can get design feedback, resolve any manufacturability issues with a supplier, and get parts into production all in the same day. Manufacturers like my current company, Plethora, are able to hit shorter lead times, in addition to the added benefit of testing it and either getting it into production or scrapping it and allowing a client to look for solutions faster, resulting in a higher quality product.

Onshoring offers companies several favorable ways of reducing overhead.
When considering these reduced risks and costs, in addition to the closing wage gap with overseas production, it’s easy to understand how companies are finding ways to compete by onshoring. It all depends on their particular margin range and the size of their production rooms.
For example, a consumer electronics company could mass-produce products in the U.S. if they could set up production in a favorable economic environment with low taxes and low space costs. In order to make onshoring work, businesses must develop effective management structures to oversee the infrastructure and human capital required to run these types of facilities. And, as we continue to develop more technology in both the manufacturing sector and the consumer sector, companies can hit those costs margins they would achieve overseas here in the U.S.

Ultimately, a critical key to empowering companies to diversify their supply chains and weather the current and future trade wars will also be found in manufacturing’s changing role, specifically in Manufacturing as a Service (MaaS). This game-changer solves some of the biggest problems innovative companies face today and helps companies reduce costs, improve efficiency and make better products. Through the rise of Artificial Intelligence and smart(er) factories, companies can reduce the amount of time it takes to procure a custom and complex part, allowing them to innovate their products faster and stay ahead of the competition. This is vital for those in fields such as aerospace, robotics, electronics and health care.
MaaS also reduces a company’s manufacturing risk and cost. It provides a one-stop-shop opportunity for the full lifecycle of a part or product and diminishes or eliminates overhead -- i.e. the capital investment and salaries -- for in-house machining. By also onshoring MaaS, companies can further reduce delay risks and shipping costs, as well as ensure more efficient designs.
As the trade war rages on, both MaaS and onshoring are becoming more attractive options for companies looking to navigate the uncertainty of what’s next. The future of shifting global supply chains will most definitely include both and are a necessary reality.
Tags:
Onshoring
Offshoring
Millennials
Manufacturing as a Service (MaaS)
Trade
Cost
Region:
Global 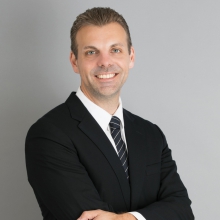 Jim Quinn is President and CEO of Plethora, an on-demand manufacturing company that makes custom prototypes and end-production parts, with facilities in Atlanta and San Francisco. Jim’s diverse career spans CNC Machining, Class II Medical Device, Semiconductor, Consumer Electronics, Fashion Retail and Agricultural Biotech in small to large companies and in high growth and turnaround settings. He has a BA in Supply Chain Management from Michigan State University, an MBA from the University of California Berkeley and dual certifications in Supply Chain Management (APICS CPIM and APICS CSCP).

Onshoring vs. Offshoring: 4 Indications the Tide is Turning in Manufacturing
11/06/2019