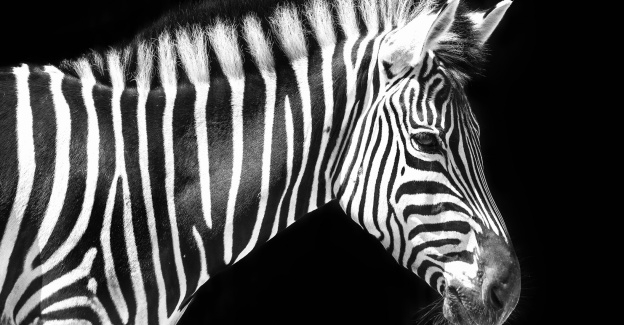 The UK has a productivity problem. We’re lagging well behind our European neighbours and have been for decades. One of the reasons? Advocates of the tired theory of taking the ‘path of least resistance,’ discourage businesses from trying anything new when a tried way of doing something is available.

This goes back to the 1940s, when medical interns were told: “When you hear hoofbeats, think of horses, not zebras.” In other words, trust the first answer to a problem that comes to mind. Sensible enough in many walks of life, for sure, but this mindset is still far too common in the 21st century when it comes to business innovation. All this has inspired the Taylor Vintners’ ‘Zebra Project,’ at which I was recently delighted to speak. At a panel of leading industry innovators discussing the implementation of automation and AI, it quickly emerged that if we all started to ‘think zebras’ a bit more, we’d see tangible business benefit and development a lot sooner. Instead of an unsupported generic AI panic, workers and business owners alike could look at how we can keep humans at the helm of automation and AI developments in order to maximise productivity. Here are a couple of thoughts from the event:

We often hear of the superhuman power of robotics and AI as their ability to surpass our capabilities gets regular coverage in the national and international press: look no further than Google’s AlphaGo machine learning software that literally beat humans at their own game.

AI has surpassed everyone’s expectations, mastering tasks which many experts thought would take a long time to automate. This has had positive impacts in the real world too, which we can now all benefit from – IBM’s Watson is revolutionising the world of healthcare, identifying and treating cancer more effectively than human doctors.

However, humans still have a massive role to play - there are still plenty of tasks which we do on a daily basis without giving a second thought to, that robots and AI are simply baffled by! These chess-playing, cancer-diagnosing robots are still in the process of learning how to turn the page in a book or put a plate on a shelf. When a robotic dog that’s been years in development was able to open a door, we took to Twitter in half-joking panic – but the investment and time that went into that project is untenable.

And this is Moravec’s paradox, demonstrated in these real-world situations. It is evident, in line with the theory of the paradox, that tasks that require complex, high-level reasoning require less computational power than lower level, sensorimotor skills that are needed to complete relatively simple functions.

Or in other words, humans know more than we can tell, and we have so much to teach before AI is at the same level – we’ll be able to outperform robots in many ways for years to come. If robots, at their current level of development, are unable tell the difference between a chair and a table (an example used at the event which stuck with me) then humanity is safe in the workplace for a bit longer yet!

So, in light of this, rather than worrying about what AI and robotics may take from us in the future, we should be looking at what they can give us right now. There are so many ways that AI and RPA can increase the value of humans in the workplace and this is where we need to be forging the new path to increase our productivity.

Businesses can embrace this technology to remove drudgery for humans, decrease error rates in the time consuming and dull tasks and, in turn, increase motivation for a more valuable human workforce.

We need to re-educate ourselves on what AI can do for the problem of productivity in our country. Don’t get stuck on the horse...open your mind and think of the zebra! And remember we’re not simply swapping out the human for the robot, we are introducing AI to work hand-in-hand with their human counterparts. Now, finding the right balance between automation and humanity could be the key to developing the most productive workforce the UK has seen for years.

Why Companies are Siliconizing the Timing Supply Chain
11/18/2021