Why CIOs Should Worry About Tail Spend Management 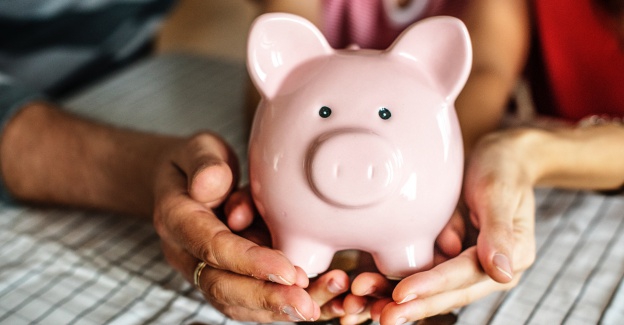 “Tail spend” represents a significant cost for large enterprises. While comprising a relatively small portion of total cost, the drip-drop accumulation of spend by large numbers of small, non-strategic suppliers making ad hoc and one-time purchases adds up to represent a sizable sum. The issue is exacerbated by inefficient contract management, cumbersome payment processes and a lack of automation.
A longstanding bane of procurement executives, the IT tail spend problem should also concern CIOs. As does any business unit within an enterprise, IT organizations apply most of their budget – and most of their management focus – to a few key suppliers and partners. A large number of non-strategic suppliers, meanwhile, account for a relatively small but still meaningful portion of overall IT spend.
CIOs typically lack the bandwidth and capabilities to manage IT tail spend. This is changing, however, as emerging tools and methodologies offer a new approach to tackling tail spend. The potential benefits for CIOs include cost reduction, increased visibility into how IT resources are deployed and an opportunity to develop strategic partnerships with other parts of the business.
Labor Intensive and Time Consuming
Historically, a key obstacle to managing tail spend has been maintaining oversight of large numbers of small, disparate suppliers. By definition, the task of keeping track of multiple parties, different types of contracts and discrete transactions doesn’t lend itself to rationalization or efficiency.
Consider what’s involved in building and managing a global database of qualified vendors. Finding a supplier for an ad hoc or non-standard product or service typically requires painstaking research of potential suppliers. An IT example could include a one-off need for software support or licenses. This requirement could be directed either to an existing contract or consolidated post-negotiation with multiple vendors.
In such a scenario, the process of vendor selection typically involves: trying to identify qualified candidates based on sketchy criteria; conducting a review using apples-and-oranges comparisons; using flawed data to select a winner; and then hoping for a cost-effective solution. For smaller, non-competitive purchases, the process is even more likely to be haphazard.
Administering multiple contracts and invoices adds another layer of complexity. Then there’s the issue of constant vetting, cleaning-up and onboarding of new suppliers to maintain an accurate and up-to-date database.
Intelligent Automation
Technology can dramatically reduce these time-consuming and labor-intensive tasks. Today, between 30 percent and 70 percent of routine transactional tasks involved in Procure-to-Pay processes can be automated through the combination of smart tools and process optimization.
Data analysis and pattern recognition applications can help create categorized databases that use clearly defined criteria to identify the types of products and services a given supplier is qualified to provide.  This enables a CIO to apply simple search criteria to pull a list of vendors tagged with those criteria. Self-service systems for vendors, meanwhile, can offload much of the administrative burden of supplier interactions.
Robotic Process Automation (RPA) tools and cognitive applications can streamline the onboarding of new vendors, the issuing of RFQs, reviewing of bids and processing of invoices. Alerts and updates can be issued automatically, enabling more efficient and proactive management of transactions.
Deploying automation and process improvement to tail spend can drive cost savings of up to 50% for a given process, while delivering a 40 percent productivity boost. Savings accrue primarily from reducing the level of complexity, labor and overhead involved in managing suppliers and contracts. In addition, improving the accuracy of the criteria used to identify and screen suppliers enhances the competitiveness and quality of procured products and services.
Perhaps most importantly, by driving dramatic efficiency and productivity gains and simplifying the management of each individual supplier, intelligent automation creates an opportunity to consolidate tail spend and implement a “single vendor/single invoice” approach with unique pay terms. Under this model, enterprises identify a partner to aggregate tail spend, while retaining visibility into individual agreements as needed via a dashboard tool.
Organizational Considerations
CIOs seeking to enhance oversight of their resources by improving their management of IT tail spend will likely need to address the question of turf: tail spend has typically been the purview of the Chief Procurement Officer. As such, a CIO’s initiative to corral tail spend could be perceived as an incursion on the CPO’s scope of responsibility.
To avoid this, CIOs can position the initiative as a win/win that benefits both parties. Specifically, the idea of a cost-saving and productivity-enhancing effort that supports the procurement agenda should appeal to CPOs. Common initiatives for the CPO and CIO such as supplier performance measurements to rationalize the supply base to include mostly preferred vendors would further support the focus on tail spend. Moreover, IT and procurement teams are both involved in processes related to invoice review and sign-off and contract management. As such, streamlining processes around those functions has a positive impact on both.
Ultimately, the key is to establish the feasibility of improving oversight of tail spend. Historically, the complexity of the problem and the effort required to solve it have overshadowed the potential benefits. As a result, businesses have lacked the bandwidth and the motivation – there have always been bigger problems to address and more strategic opportunities to pursue. Today’s technology and process capabilities offer a new opportunity to address this longstanding blemish on operational performance. In many cases, CIOs can position themselves to lead the effort.
Tags:
Information Technology Outsourcing (ITO)
Tail Spend
Chief Information Officer (CIO)
Robotic Process Automation (RPA)
Cost
Region:
Global 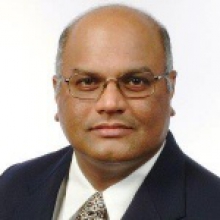 Krishnan Venkat is a Managing Director at Softtek, a global IT service provider. He specializes in Procurement and Business Process Outsourcing. His expertise spans over three decades of category management, as well as processes and systems used for managing procurement transactions. Krishnan combines domain expertise in IT spend management as it relates to the Manufacturing, Finance, Retail and Transportation industries, along with deep process knowledge of procurement through shared services operations for Fortune 50 clients.