Why Standard Contract Terms Can be Bad for You 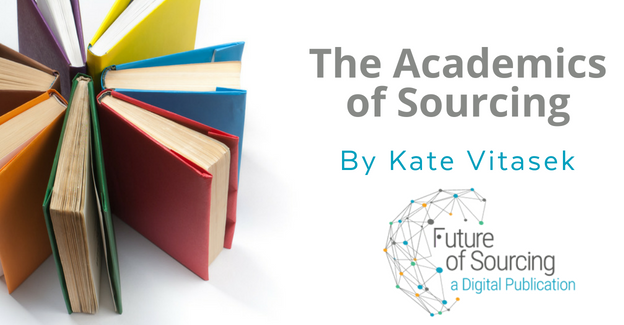 Related news:
Can I sign business contracts remotely while self-isolating?

If your company is like most, it promotes “boilerplate” contracts or at a minimum, pushes for standardized terms, such as the contract length, warranties, a 30-day termination of convenience clause or 90-day payment terms. While this may make your lawyer and CFO happy, Russell Korobkin suggests that using standard contract clauses is a bad idea.

Korobkin is the Vice Dean for Academic and Institutional Affairs and the Richard C. Maxwell Professor of Law at UCLA School of Law. He is the author of three books and more than 50 law journal articles in the fields of behavioral law and economics.

His 2003 research paper, “Bounded Rationality, Standard Form Contracts, and Unconscionability” is the one I find most interesting. His premise? Contracts will often include terms that are “socially inefficient” and thus are not rational. And when these terms make it into a contract it can leave buyers worse off than they would be if their contracts included only efficient terms.

Economic theory suggests that in most situations market forces will ensure that standard form contracts will have terms that are socially efficient and beneficial to the non-drafting parties. It’s a good theory and on the surface, it makes sense. After all, buying organizations use competitive bidding and negotiations. The winning supplier has all the opportunity in the world to push back. And the buyer isn’t holding a gun to the supplier’s head to make them sign the contract.

But when you look at the way it works in the real world, through the lens of behavioral economics, conventional wisdom does not hold up. Why? People make decisions that often do not align with classical economic models. This is especially true where one party may hold market power and thus can dominate the contract negotiation. In the real world, buying organizations – especially large buying organizations – use their market power to include standard contract terms that favor themselves even when those terms are not efficient for a specific deal.

Let me take Korobkin’s research and show how a standard contract term can easily cause a perverse incentive using a real example.

One of the “standard” contract terms was a 60-day termination of convenience. When you dig in behind the scenes and look at it from the supplier’s perspective you can see why it often creates a perverse incentive. A termination for convenience clause (which is widely used in contracts today) gives a party total freedom to end the contract after the specified period. While it is great for reducing risk, it is an innovation killer.  Why?  One CFO explains it like this.  “A 60-day termination of convenience translates to a 60-day contract.  It would be against our fiduciary responsibility to our shareholders to invest in more than two months of profit in a client with a 60-day termination clause. And when you do the math on a $100,000-a-month contract with a 5% profit margin, it means we never invest on anything with more than a two-month return on investment. Buyers are crazy to expect us to invest in innovations if they do the math.”So why doesn’t the supplier push back and educate the buyer on that perverse incentive? The sales person for the same company says, “We try, and every time we suggest redlining the contract we are told ‘you are hard to do business with’ and ‘we have benchmarked you against your competitors who don’t have an issue with it.’”

Korobkin believes that “no party should have the ability to force another party to accept specific terms.” And while technically the buyer is not “forcing” the supplier to accept the terms, they are using market power and the end result is the same – an economically inefficient contract which is likely to be loaded with perverse incentives.

Starting with form contracts also created what is known as the status quo bias.  Behavioral economics proves that once someone has something, they will always favor the status quo – even if it is not as good as a better option. So, in contracting, the simple act of introducing a standard contract form anchors a buyer into not changing, even if it is good for them.

So where do we go from there?

My take? Make standard form contracts much less formal, especially in complex relationships.  Think about each of the clauses and the purpose of the clause. And ask suppliers to begin to explain why a clause is bad and hurts them. As in the case mentioned above, you are likely to learn you’ve accidently baked in many perverse incentives, such as how the termination for convenience clause squashes a supplier’s willingness to drive improvements and innovation on your behalf. This is especially a factor in large, complex services contracts where the supplier has customized its work for the buyer; the potential for process improvements and investments in better ways of working can yield significant benefits.