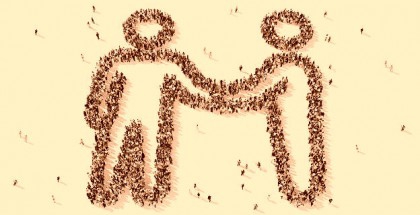 The ever-increasing pressures from budget cuts and higher demand for services means local authorities are continuously looking at ways of delivering their services more efficiently and cost-effectively while also seeking to ensure continued high levels of service.

Outsourcing remains a popular option for local authorities with an increasing number of contracts being outsourced to the private sector. A recent report by Arvato UK Outsourcing Index indicated that spending on IT and technology procurement increased dramatically last year with over £800m of outsourcing deals signed by local authorities. In some cases, local authorities are using their collective purchasing powers to outsource jointly; for example last year there was a joint deal between five councils to outsource a range of corporate and facilities management services.

Outsourcing can produce significant savings for a local authority if done correctly. A review at the end of 2016 on a contract between Barnet Council and Capita which had been entered into in 2013 for the outsourcing of the council’s HR, finance, IT and estates, and a host of other services, revealed overall savings of £31m and high levels of resident satisfaction.

However, recently several local authorities have terminated their outsourced contracts, bringing them back in house. This may have been for performance-related issues, or because the level of savings had not met the expectations or because more was actually being spent, among other reasons. For example, a number of social care services are to be brought back in-house by Buckinghamshire County Council after it “lost confidence” in its care provider.

Outsourcing is not the only alternative model considered by councils for service delivery. They are also looking at shared services, local authority-owned companies, joint ventures, collaborations, and staff-led mutuals. The London Borough of Southwark, for example, has recently agreed to end its outsourcing contract with Capita for IT services and join a partnership to share IT services with two other London boroughs.

When considering outsourcing and how to ensure its success, it is important for local authorities to consider:
• Due diligence including financial due diligence – before entering into any contracts with third parties, the local authority should undertake due diligence on the company including its financial standing and its ability to deliver similar contracts of the same nature and size.
• Building relationships – contracts often last at least five to ten years so a local authority should be sure it will be able to build a good long-term relationship with the proposed contractor from the outset. This will help with managing the relationship throughout the term and make it easier to deal with any issues if they arise.
• Planning and structuring – before entering into any outsourcing arrangements, local authorities should ensure they have tested and scrutinised the robustness of the proposals as well as the requisite outcomes, and that they deliver value for money to the council. As part of the business analysis they should understand how the department and service in question compares to its neighbours and peers in terms of net income and cost recovery.
• Communication and audit –clear communication and audit protocols should be put in place alongside the contract to ensure consistency, transparency and compliance.
• Performance management – the contract should include a clear performance management framework to deal with performance throughout contract term. This should include realistic Key Performance Indicators (KPIs) and arrangements for these to be monitored by the local authority. The KPIs should reflect the key requirements and objectives of the local authority in terms of the delivery of the services including the relative of priority of each. It should also stipulate the consequences for failing to meet agreed KPIs, for example through the use of improvement/action plans for remediable breaches or where there are major or persistent breaches, termination.
• Plan B – as part of their strategy for outsourcing, local authorities should also consider what happens if things go wrong: would the council be able to take it back in-house and maintain a continued provision?

These measures can help a local authority engage in successful arrangements to deliver desired outcomes and achieve savings / income generation or both.

Rebecca Hazeldine is an Associate in the regeneration and public services group at law firm, Geldards LLP, specialising in corporate formations, governance and commercial contracts. Rebecca advises on public sector projects across a number of sectors including local government, education, health and social care and mutualisation. She has assisted with the establishment of a variety of corporate entities, advising on procurement issues and drafting commercial agreements for a range of clients including local authorities, academies and free schools, charities, social enterprises, mutuals and NHS trusts.