Gearing Up for the Fifth Industrial Revolution – a Glass Half Full 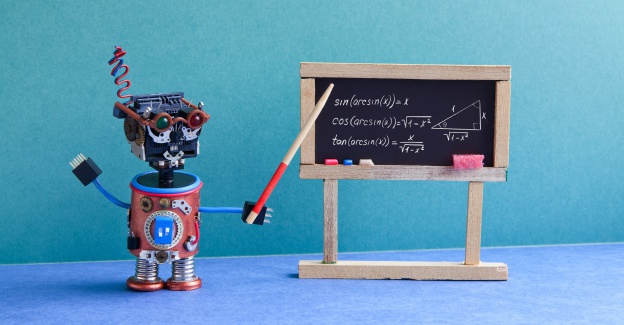 Two years ago, the World Economic Forum (WEF) published its Future of Jobs report – exploring employment, skills and workforces in the Fourth Industrial Revolution. This sparked debate – and growing concern – around a changing global employment landscape as the result of disruptive technologies, studded with widening skill gaps, new jobs and job displacement.

“The Fourth Industrial Revolution, combined with other socio-economic and demographic changes, will transform labour markets in the next five years, leading to a net loss of over 5 million jobs in 15 major developed and emerging economies.”

Recently, at a London-based robotics event, attendees were asked the same question that the WEF did: did your job exist when you were in primary school? The 67% ‘no’ response was hardly a surprise – the job landscape is evolving constantly, so it’s naïve to expect to be on a career path set during our early school years.

Headlines of this type are often strongly associated with ideas of robots replacing humans in every profession – although clearly there are always roles more suited to humans and their capacity for empathy. But rather than accepting this pessimism as truth, let’s embrace the new generation of jobs that automation will offer us.

We grumble at the fact that our current careers may not have been mapped out for us at infant school, instead of celebrating the fact that we somehow emerged prepared for the jobs we have today. To ease our fear, it might help to recognise that tomorrow’s workforce is more than capable of taking the same path if we guide them wisely: the fact that government is now backing education initiatives that will support children in their future professional lives is a leap in the right direction.

Last year, a group of liberated educators took steps to evolve the curriculum so that children are prepared for a future with automation - the creation of new qualifications and courses dedicated to human centric skills such as leadership and collaboration was evidence of this.

It’s refreshing to hear that 2018 is set to see government beginning to back educational initiatives with cyber skills training; hopefully the next step is more government funding surrounding training for the jobs students will need in the age of increasing automation.

In addition, we’ll need to address the current gap of skills needed for robotics and Artifical Intelligence (AI) by investing in software development, systems design, engineering, programming and data science amongst other areas, to ensure workforces of today – and tomorrow – are skilled to take charge in the robotics world. Taking into consideration the hole in numbers in Science, Technology, Engineering and Mathematics (STEM) subjects currently in university, we have a five-year lag in students moving into this area.

It’s time for government to get smarter when it comes to incentivising students in this direction – this doesn’t necessarily require radical thinking. How about reducing tuition fees for STEM subjects as a start, and creating conversion routes from other subjects?

Until then, we must focus on educating students in a way that will help them collaborate with AI in the years to come. The essence of roles that will be filled by children currently in primary school will be their humanity. Curriculum must continue evolving so that the members of the future’s workforce leave school with skills that focus on adaptability, collaboration and resilience. Instead of focusing only on the retention of facts, it’s time to teach how to question these facts.

If we can build on current momentum and continue to bridge the gaps to encourage new ‘age of automation’ careers, headlines in 2018 and beyond might look more optimistic, pointing towards a future where robots and humans work collaboratively to deliver improved services and bright new opportunities. It’s up to us to decide how full – or empty – the glass looks when it comes to the future of jobs.