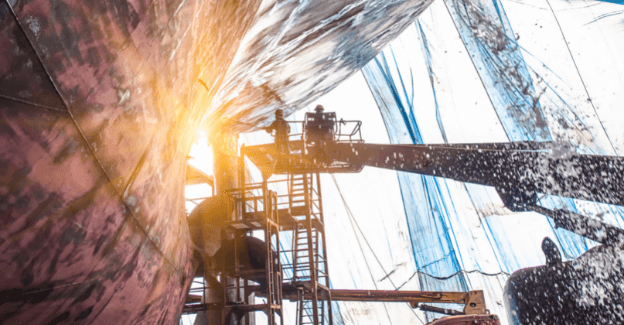 Related news:
A Roadmap for Radical Change in the Workplace

Think about utility poles, Mohan Tatikonda is saying. He’s a professor of operations management at the Indiana University Kelley School of Business, and for over 30 years his research has focused on how firms can most effectively design, develop, introduce and improve products, services and organizational processes.

And though “think about utility poles” sounds like a strange request, he’s getting ready to talk about the future of work and how people and machines can benefit each other.

He begins: How many utility poles are there in a city block or neighborhood or city? Perhaps thousands. And occasionally, these poles have to be checked by a human being to make sure they’re sturdy, that the wiring is okay or that trees haven’t grown around them. There’s a human being who does that work, and he or she cannot be easily replaced by automation.

The inspector must record each inspection. Maybe he used to do that with a pad and pen. He’d write down the ID number of the pole, the condition, whether there are trees around it, how the wires look and whether there’s a cable box attached.

Today, the inspector uses an iPad or similar device. He can type in his findings more quickly and, therefore, inspect more poles. But filling out the form on an iPad requires that the inspector’s eye move from looking at the pole to looking at the iPad and type in information.

But what if the inspector had augmented-reality glasses with voice and video capture? Instead of looking at the iPad, he can just say out loud, “This is pole number 123” or, with the glasses, he can take a picture of the pole ID using optical character recognition and that will automatically translate the ID that’s on the pole to the numbers that need to be put in the record form. Instead of typing, he can speak and get a voice file that can be converted into text and entered into the form.

This reduces the amount of time it takes that technician to do the task. And since there are millions of poles across the United States, even saving 30 seconds on each pole evaluation is massive in terms of reduced time and cost.

“So that’s the productivity side of augmenting the human,” Tatikonda says. “There’s also an increased functionality side. Not only can the human do what she or he was already doing; now they can do it better. Where previously they might not have been able to do a detailed evaluation of how close the cable box was to the electrical wiring, using augmented reality and AI measurements, now their glasses will measure the distance between those two elements on the pole and do so with remarkable precision.”

Previously, the human might not be able to climb the pole to measure the distance. Now they can evaluate that distance just by using the glasses and looking up.

The key isn’t that the machine replaces the person; it’s that man and machine work together, each doing what he/it does best. Experts call this “complementarity.” Tatikonda says the efficiencies that stem from complementarity are what define “working to the top of your license,” which is the goal in all fields going forward.

We know that AI, augmented reality, robotics and other technology are going to be developed to handle most rote tasks. A report by accounting giant Deloitte found that 76% of companies said that developing digital and analytics capabilities was most important/very important to delivering the overall supply chain strategy.

The good news is that technology will clear the way for us to do the work that only humans can. That is, work that requires us to think creatively and critically, respond ethically, interact interpersonally and serve others with empathy.

Work that Only Humans Can Do

There’s a good example of how this can work in the real-life story of Marcus Dodson. He worked for a denim apparel company, then an auto parts producer, then a manufacturer of home oil heating pumps. All of these manufacturing plants were in Kentucky; all moved overseas.

In 2008, when the Great Recession hit, Dodson started looking for a position that promised longevity and predictability and for an employer that wasn’t going to outsource their work or move out of the country. He went to work for the State of Tennessee.

He quickly moved up from an information resource specialist, installing and maintaining computer hardware and software, to a series of supervisory positions. The work energized him, and the learning opportunities the Tennessee state government provides for its employees excited him. With more education—he was admitted to the Tennessee Government Management Institute and the LEAD Tennessee programs—then came promotions. He also completed a master’s degree at Tennessee State University, taking advantage of the state government’s program to pay for an employee’s tuition for one class per semester at a state institution.

Dodson’s story offers many lessons about what is happening to work. Because of his broad range of skills, knowledge, and abilities—and because his employer gave him opportunities to further develop them—his work now is as much about people skills such as leadership as it is about technology.

What happened to Marcus Dodson initially—seeing his jobs eliminated—has been happening for as long as there has been work. Improvements and efficiencies have always been sought. As Professor Tatikonda says, the Romans who carried water were replaced by aqueducts. The Chinese scribes who rewrote manuscripts were replaced by movable type.

“The issue with humans in a high-wage country like ours is that the economic pressures are such that companies will seek to reduce their costs,” he says. “And if they can increase profits with fewer humans, they will do so. It’s going to happen whether we like it or not.”

Ideally, the displaced workers go on to do more constructive and worthwhile work, to work to the top of their licenses. But for this to happen in a workplace increasingly augmented by AI and other technology, workers must consistently build on their uniquely human abilities. They must continually hone the skills that equip them for the work that only humans can do. 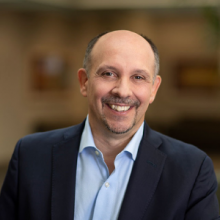 Jamie Merisotis is a globally recognized leader in philanthropy, education, and public policy. Since 2008, he has served as the president and CEO of Lumina Foundation, an independent, private foundation committed to making opportunities for learning beyond high school available to all. He previously served as co-founder and president of the nonpartisan, Washington, D.C.-based Institute for Higher Education Policy and as executive director of a bipartisan national commission on college affordability appointed by the U.S. president and congressional leaders. Merisotis is the author of “America Needs Talent,” which was named a Top 10 Business Book of 2016 by Booklist, a publication of the American Library Association.