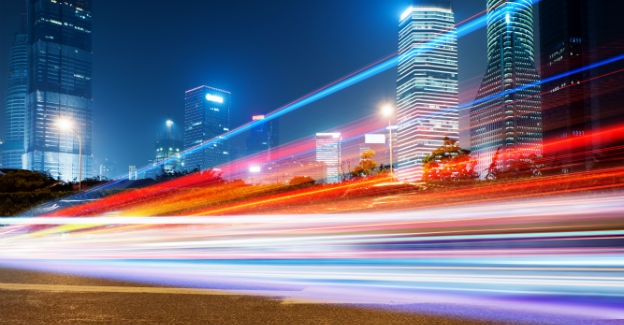 Offshoring and outsourcing don’t exist in a vacuum. These are processes that take advantage of and are influenced by technology, politics and the larger economy. Look at the last big round of offshoring at the start of the century. It didn’t just “happen” without any reason. Very specific changes facilitated this age of outsourcing.

The three biggest changes...globalization, ubiquitous computers and cheap telecommunications…created an environment that uncoupled work from work management. Managers could stay in their traditional locations (onshore factories, corporate headquarters, etc.) while the work was moved around the world. Initially, work was outsourced to nearby cities, then to other states. Eventually it went offshore, spreading to nations around the world. This process of “uncoupling” over greater and greater distances, allowed work to keep moving, in search of still lower wage locations.

Another wave of change is now approaching…intelligent automation and artificial intelligence. Call it “The Robot Revolution.” Now, human labor, in both manufacturing and knowledge work (accounting, law, software programming, financial analysis, etc.), is being uncoupled from the local labor market. As machines replace people, the cost of labor is essentially the same everywhere. The same robots with the same cost of operation can be installed anywhere.

There will be a few instances where the cost of electricity determines location. But more often than not the cost (and time) of transportation will be the deciding factor. Today's outsourcing—at least of physical products—requires shipping materials and finished products around the world. Avoiding any part of shipping reduces costs and brings products to market more rapidly.

When shipping matters, the best place to manufacture is in the home market where the products are sold. Outsourcing moved work to China and India years ago. Since then, both complex electronics and simple textile manufacturing have been moved even further, to the lowest cost locations on earth...Cambodia, Vietnam and Bangladesh. The next round of outsourcing must come from efficiency, not wage arbitrage. That's why robots and artificial intelligence will drive the next relocation. However, it is not just the lower cost of machines vs. human labor that is driving work back home.

Political Risk Is Back: In the early days of 21st century offshoring work to India or China was still a radical idea. Corporations wanted to quantify the level and cost of risk, but there were no clearly established risk metrics. Still, there were discussions about the range of Pakistani nuclear weapons if you wanted to outsource to India. The C-Suite wanted to know if China’s communist government would be overthrown, or if both countries would reverse their recent movement towards globalization and one day nationalize western factories.

The outsourcing industry has continued to be deeply interested in risks such as rising wages and international currency exchanges, but after 5 or 10 years of successful operations, mega-issues like global stability tend to be forgotten, or at least discounted. Now, political risk is back.

China, as we all know, has become far more expensive in a very short time. A contract with China could lead to sub-contracting to Vietnam or Cambodia. Or you may be tempted to move to the Philippines when your contract renews. Now that parts of China, India and Russia, and all of Japan and Taiwan… fall (or will soon fall) within the range of missiles from North Korea, will outsourcing choices be affected? On 30 October 2017, the world learned that 200 North Koreans were killed in an accident near a nuclear test site, probably due to a tunnel collapse, but possibly from radiation that was released.

The general instability has Japan seriously considering rearmament, potentially building nuclear weapons. In recent years the China Sea has been the site of regular military conflicts between China and just about all other local nations, plus the United States.  Ongoing conflict is degrading the value of these locations.

American and European corporations have been repeatedly hacked. One very clear message from Chinese attacks was this...even if you are a big, internationally known corporation, your cyber defenses will not stand up to an attack from foreign military hackers. Yet, Richard A. Clarke, one of America's best-known authors of cybercrime books, said that China wasn't the threat that we should keep our eyes on. Instead, we should watch Russia. The 2016 Presidential elections are a good indicator of why that is the case.

The newest news from Russia comes via Israel. It seems that Israeli spies, who were possibly spying on US computers, noticed that these computers were sending data to Russia.  The computers had Kaspersky’s Anti-Virus installed, which was made in Russia. Kaspersky denied infecting the machines. That leaves Russia. Did they have spies in the factory or did they add hacking tools somewhere in transit? To add insult to injury, the Israelis said that the hacking tool that Russia used was stolen from the National Security Agency (NSA), American's top spy group. So now it's spies, spying on spies, who get caught by other spies. Great.

Most popular anti-virus tools come from Eastern Europe or Russia, and other communication and server maintenance tools are written in other parts of the world. Big corporations have tools from global banks and organizations. Suffice it to say that we can’t really have 100% certainty of what is on our networks, especially if our data is “in the clouds.”

The biggest threat  comes from government-sponsored hackers. The best protection against having a foreign government placing spyware in your data is to not send your data offshore. Banks, media, utilities, hospitals and other prime targets in a politically motivated cyber attack will increasingly look for cloud services that offer an option for “home shore only” data centers.

Logistics: We’ve already discussed the cost of shipping goods around the world. When goods are manufactured where they are used, there are big savings in transportation. However, goods may still need to be shipped between offshore sites for final completion. The US and Europe are about to have a huge drop in internal shipping costs.

Before the turn of the last century, the US Post Office partnered with railroad companies to provide low-cost shipping of mail-order catalogs. Nearly a century before Amazon existed, Sears, Roebuck and, Co. created America’s first virtual marketplace. Sears grew into one of the world’s largest firms, even though they would not open a physical department store for another 30 years. Everything had to be shipped to customers, from pocket watches to full-size prebuilt homes.

FedEx and other “overnight” carriers launched a new age of logistics. When the speed of business picked up in the 1980s and 1990s, customers couldn't wait for slow rail deliveries…they wanted overnight delivery. FedEx, DHL and others firms gave customers what they wanted.

In the same vein, many years later, companies yearned for the instancy from email vs. overnight mail. The worldwide web became ubiquitous and online shopping became mainstream. Internet purchases could be made anywhere in the world, but you needed your purchases to be delivered to your hometown. Now we've come full circle, and we're back to the days of the Sears' virtual store.

Now, a new age of driverless vehicles is dawning. Drones, self-driving cars, electric planes and other vehicles will be both more energy efficient and (without the cost of a driver) far less expensive to operate. This will not only reduce the time and cost for any local transportation, it will also make logistics one of the top outsourcing industries for the next decade.

The market is looking for a combination of Uber and Amazon. Uberzon? It would take over advertising, marketing fulfillment and delivery. Amazon already performs these functions and is looking to add drones for delivery. Uber has piloted services where a single vehicle is both a taxi and a UPS delivery truck...with a personal messenger service rolled in. Uberzon would need to eventually compete with (or buy out) FedEx and DHL, for national and international air cargo deliveries.

Offshoring Goes Both Ways: A lot has changed in how we outsource. Offshoring used to be defined as moving work from the West to lower cost geographies, especially China, India and nearby countries. However, when modern offshoring took hold a couple of decades ago, “offshore” countries had no brand name recognition in the west. Now offshore brands, especially Chinese brands, have strong name recognition in the West.

Lenovo (formerly IBM laptops) is a top-selling Chinese computer brand. At about the time that Microsoft and Apple abandon China and build the products back in their home markets, we can also expect Lenovo to do their equipment assembly in the US and Europe. Huawei, China’s leading hi-tech phone manufacturer, is expected to win a big slice of the Android market with their flagship Mate 10 Pro. By the time the Mate 12 is released in a few years, expect Huawei to assemble phones in the US.

China vs. India: China and India are both offshoring powerhouses, with China dominating in manufacturing and India in knowledge work (especially IT services). China is heavily investing in the US and Europe in hotel chains (Hilton), media firms (DreamWorks, Legendary and Lionsgate), consumer goods and just about everything else. In the UK, over 280 firms have been bought out by the Chinese. But China has done more than merely invest in western corporations. They are prepared for the next wave by building out their expertise in robotics. Today, China buys more robots than any nation on earth and will soon manufacture most of the world's industrial robots.

Soon, robots will build the goods the world buys, so as offshore manufacturing fades, China will switch from providing workers to providing robots. Then, regardless of where work is performed, China will have even greater control over manufacturing across the entire globe.

India, on the other hand, has not invested in the west or created partnerships in the US and Europe at anywhere near the same rate as China. Instead, India is "all in" on traditional outsourcing. Accenture, TCS and Wipro have become recognized brands among the Fortune and FTSE 500. Regulations make it difficult to take money out of the Indian economy to invest abroad. Still, if India does not invest in other areas, it may be shut out of big outsourcing deals by China.

Ironically, much of the talent that is creating new AI software comes from India. Much of the work outsourced to India is to build advanced AI and machine learning systems. In raw numbers, the 43,000 patents India creates annually are a great improvement over the past. However, it pales in comparison to the 578,000 from the US or the 928,000 from China. Furthermore, according to the Times of India, 80% of the patents that India has secured are for foreign corporations doing work in India. Indians have been pivotal to the development of the AIs that will rule the world, but unlike China, India may not directly benefit from this achievement.

Brave New World: Twenty years ago, modern offshoring caught fire and became a massive, global business. We don't know how the new wave of outsourcing will express itself, but with automation, a whole new world of opportunity is about to come knocking!