Do you need a sales tune-up - or an overhaul? 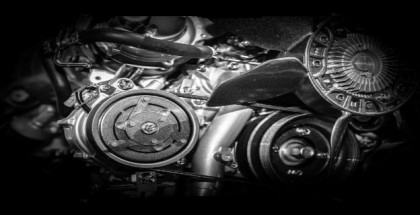 Last October I attended the Sourcing Industry Group (SIG) Global Summit in Carlsbad, California - an event I have attended more than 40 times over the last 25 years. Why? Because professionally, it is truly worth the time and treasure required. Because of its strict “no selling” and supplier code of conduct agreement, attendees can freely collaborate and discuss topics without waiting for a vendor to start their sales pitch. Unlike traditional trade show vendor-fests, SIG attendees are typically about 75% buyer, 20% supplier and 5% advisor.

Through the years, I have attended the event as a buyer, seller and currently, as an outsourcing advisor. As such, I am forever curious as to why others made the decisions they did, whether as a buyer or seller. What has amazed me through the years is how many companies do not do post-mortem deal analysis and, more broadly, win-loss analysis of all pursuits in a given year. If companies do not learn from their past efforts, they are prone to repeat them.

Earlier in my career, when I was heading Analyst-Consultant Relations for EDS, I took it upon myself to do a win-loss analysis of all deals in which we were aware of a third-party advisor being involved. At the time, Technology Partners International (now ISG) was by far the dominant game in town, having also created the deal advisory space. Armed with factual, objective data, it was apparent some substantive changes were needed in our approach to the market and to large deals in particular. Easier said than done. The EDS culture at the time was not known for readily adopting change. To highlight this point, when EDS changed its dress code to "business casual", the last F500 company to do so, it made the news on CNN.

There was one large deal, valued at $2.8 billion, that EDS had lost. The head of the Financial Industry Group, Coley Clark, asked me to do a win-loss of this one deal. Intent on not repeating that mistake again, he asked me to distill the findings into specific actionable initiatives that could be undertaken to improve our chances of winning in the future. By separating the people from the process, we were able to identify fundamental changes to our approach that enabled us to win larger deals at a higher rate, across all industry sectors…and win more of them.

When I was the Corporate VP of Marketing and Strategy at ACS, I performed a similar analysis after my first six months. At ACS, they were delivering 28% CAGR on both the top and bottom line, consistently exceeding market expectations. So why change? Because by changing, over the next three years, we were able to grow the top and bottom-lines by 62% CAGR - more than twice the rate of the previous five years. Leaders know to change before they are forced to change.

When I was at the SIG conference, I made it a point to talk with both supplier and buyers that I knew had recently outsourced. It was a great intelligence-gathering opportunity, as the attendees were a “who’s who” of procurement professionals from the G1000. What occurred to me is, while the suppliers have changed their skins, merged and morphed through the years, many of the same problems were still widely universal. Some of the recurring bad habits include failings in or misunderstandings of the following areas:

Know the buyer’s motivation. With the suppliers often doing the low-cost limbo dance on their price to win the deal, the “value” they initially proposed often gets stripped out of the deal. This should not be too surprising as the primary motivator for the offshore revolution was labour arbitrage. Don’t spend your energy trying to “add value” to a commodity deal. Conversely, don’t sell a low-cost offering to a value-added buyer. In speaking with Warren Gallant, one of the co-founders of TPI, he stated this was often a question he would get asked by offshore providers after they lost. They could not grasp that they were the lowest price but didn’t win the deal. They did not understand the buyer and were not investing in the relationship. One needs to get in the swamp and start kissing frogs to find a prince. You can’t email them a kiss, you can’t send a kiss in a box, and you can’t send an underling to do the job. Knowing they had no chance, TPI would try to spare them the expense of a costly proposal that was certain to lose. Which brings up the next point…

Selling is as much about the relationship as it is the transaction. So, like the previous point, you need to know your buyer. Some are more pragmatic and view the sale merely as a transaction. The larger the deal, the more the relationship component comes into play. Trying to schmooze a pragmatic buyer often will have an outcome that is the opposite of what you are hoping. Failing to bond with a relationship buyer will have similar outcomes.

Kings want to meet with kings. If you take the time to qualify the deals you have a reasonable chance of winning, you will have more time available to focus on the “must-win” deals. It’s simple triage. When you are not trying to bid on every deal you can find, you will have more time available to demonstrate to the senior management of the buyer that they are important. If they never/rarely see your senior management during the pursuit, they will infer they will see them even less once the deal is done.

Big deals can hurt your win rate. They may be great for positive press to pump earnings, but they can be such a severe drain on resources and finances that the next few deals cannot get as creative with the financing options to be competitive. One offshore provider had put a full court press to win some big deals. There was a flurry of activity, the sales directors were excited to chase bigger deals, and the race was on. The only limiting factor was they only had the ability to do one “big deal” per year (or two). After the first large deal was done, the other deals had to tighten up their deals and walk back their aggressive pricing postures, which hurt their image in the market. It hurt the sales team too as they left for other companies that could get the deals done.

Less means more. One needs to fight the prevailing wisdom that you want to bid every chance you get. People who have never been in sales almost unanimously hold this view. But again, one needs to accept and understand what the win–loss analysis uncovers. Invariably, it is a law of diminishing returns. To understand this you need to accept the notion that there are a lot of deals that you will just never win. Yet most companies will bid anyways - diluting their efforts, relationships and win rate in the process. One CEO (with a 2% win rate), stated, “If I hear of a deal on the street and we are not bidding on it, I will fire anyone who should have been associated with it.” He didn’t get it. To quote Sun Tzu, “An army destined for defeat fights every battle in the hope of winning. The valiant army selects which battles it must win before engaging the enemy.” Through focused, lower-volume, higher-probability selling, I have seen win rates, and revenues, nearly double. Conversely, I have seen companies throw people and money at the cause, not seeing a corresponding increase in wins - then churn the sales force.

Separate the people from the process. Sage advice from famed quality guru, W. Edwards Deming. Too often, companies use win-loss analysis to help justify the firing of certain salespeople. But few salespeople are the sole determinant of the success of the deal. The bigger the deal, the more this is true. They are like the conductor of an orchestra. If the piece being played is flawed, if a page is missing, there is nothing s/he can do about it. As a result they end up doing the wrong thing exceptionally well.

A win-loss analysis is about understanding what in the process is flawed and needs to change for better results. At EDS, in the pursuit of multi-billion dollar deals, with multi-billion dollar companies, it was not uncommon for senior executives to not be present at any point in the deal. It took losing a few at this level to realise a different approach might be needed, especially as they were across multiple industries and none had the same salesperson. The problem was systemic. Myself and two others put together a plan for the creation of a “mega-deal” team. Approved by senior management and embracing the changes to the existing sales process, the win rate on mega-deals increased by more than 50%.

So as you embrace 2017 with lofty sales goals, first take an honest, objective assessment of the year that you just finished. Don’t mistake momentum for leadership. If you were successful, do you know why? If not, do you know why you lost? If you don’t know what you don’t know: seek professional help. 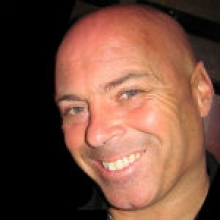 Thom Mead is the Director of Marketing for DATAMARK, Inc, a leading mid-sized BPO and Contact Center provider. For nearly 30 years, Thom has been leading Marketing & Sales for some of the most well-known companies in the Outsourcing industry where he has been at the forefront of predicting and implementing many industry firsts. In attendance at SIG’s first meeting, Thom has been a frequent contributor of thought leadership content for SIG and has attended more than 40 SIG Summits throughout his career. Thom can be reached at thom.mead@datamark.net.