OPINION: Design thinking should be life-centric… 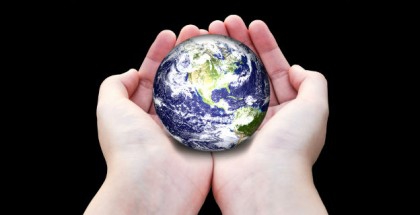 As the drone flew over the factory in North Carolina and captured pictures and videos both inside and outside the factory, little did the company whose factory was being photographed realise that their practices would be questioned. Here is a factory that processes pig meat. The way the factory is designed is to optimise the number of pigs and the weight of these in order to get maximum production out of it. So, what is wrong with all this?

Pigs seem to have been treated as creatures whose lives mean nothing other than to be slaughtered and eaten. These pigs are fed so that they grow extra fat. They are given medicines that make them fleshy and their legs cannot take their weight. They have to lie down. The pigs are holed in pens that are so small that they are forced to lie down on only one side, sometimes for months. Gosh, is this sounding like another activist writing? I am not an activist but believe that our values need a huge re-alignment. And yes, these values are driving a different approach to design thinking: we are focused on being human-centric only and not life-centric.

The design thinking that has gone in to this factory is only human-centric – it has been thought through very well on how to give a high-quality product to the humans who are paying for this pig meat, and maximisation of profits for the producers. They have not bothered to look at the lives of the pigs that they have put in to significant hardship.

The theory that design thinking is about the user and since humans are the users, must be human-centric, is flawed. I believe that design thinking should be life-centric. Yes, humans are the users of this pig meat. Yes, they are the ones who are paying for it. And yes, they need to get the meat at affordable prices and at a good quality. But, would you mind doing it in a way where you treat the animal with respect before it loses its life and becomes a dish on your table?

This is just one example (and this happens to be one of the world’s largest slaughterhouse and meat processing companies). Why should design thinking be only human-centric? The typical response is that our customers are human beings. They are the users of our products and/or services. So, everything that we do must be human-centric. I believe that many a time our products and services, though consumed by humans, impact the world in which we live. This impact on the environment needs to be factored in to our design. More than that, any design should factor in the impact on other lives too. To say that we are human-centric is just not good enough. We need to be life-centric. Is this just semantics? Absolutely not. It has been deeply ingrained into our values and we need to address these values to bring about a massive change in the way we approach our lives.

In this case, the company is not human-centric too. Interviews with people who live few miles away from these factories show that it is becoming impossible for people to live there. The stench, the impact of the cess pools on the environment and the poisoning of the ground water and topsoil by these factories need to be seen to be believed.

Closer to home, in India, we do the same to our chicken in poultry farms. These lovely birds are put in to cages and to maximise profits, we stuff them into cages. There are so many more examples such as the felling of trees without replantation, the dumping of plastic waste into oceans, the hunting of animals for their skin or bones, trawling of fish, honey collection, etc. We don’t seem to think of anything else when it comes to making profits. Productivity is everything – even if it is at the cost of lives of other creatures.

The dilemma is because of our values. We are at a stage where, as Michael Sandel says, we seem to have reached the moral limits of the marketisation of our lives. We have put a monetary value to everything in life. The talk on marketisation of our lives gives an example of how various schools in the US are paying their children $2 or some other amount of money for every book the child reads. They hope to get children hooked on to books and see this as a temporary cost. But, the bigger question is, “What values are you inculcating where you are paying for something that the child anyway needs to do?” We are, therefore, telling the child that there is an incentive for everything in life. Any child growing up in such an environment puts a money-based pricing for everything in life. All the values that we know today, just go out of the window.

Contrast this to the example that Michael Sandel gives in his talk on a situation in Switzerland where they were offered a monetary incentive to do something that was for the common good of the country. The number of people who said yes to doing the thing reduced when a monetary incentive was offered. These are the values that we need to inculcate if we need to live as a global village.

Our values define who we are. Our actions and our beliefs are driven by these values. So, if we look at the narrow definition of being human-centric in the design of our products/services, we may end up living at cross purposes to the laws of nature and will end up with flawed designs!

Ravichandran “Ravi” Venkataraman is the Founder of Alive Consulting, specializing in leadership development and shared services consulting. He is a leader with a track record spanning 30+ years having worked in India, London and Bahrain. Leading large, remote, multicultural teams, developing and executing business relevant strategies and developing key talent are Ravi’s core competencies. He is also the Director &amp; Co-Founder of Floretz Academy which manages two Montessori Schools in Bangalore; and a Trustee in eVidyaloka, a non-profit social enterprise in to remote education for rural children in India.Previously, he was the Senior Vice President of HP’s Global Business Services managing a multi-function shared service covering finance and accounting, human resources, supply chain, order management (product and services), marketing and communications. He led a team of 18,000 people spread across 14 global centres and co-located in 58 countries. Ravi joined Hewlett Packard from ANZ Bank’s global back office where he was the Managing Director, responsible for managing a team of over 5,000 in technology and operations.He blogs at www.ravi4corners.blogspot.com and has a YouTube channel: Leadership in Real Life - https://www.youtube.com/channel/UCKEt8T9e4KKyeKjNB20tbag