Maybe Daniel Decatur Emmett will forgive me for “borrowing” some lyrics from his iconic 1850s American folk song, ‘Dixie’. I do this to encourage British business to look further afield for IT outsourcing services, as encouraged by Brexit. The USA and its domestic or onshoring companies represent a great but seldom considered alternative.

Just so we all know what we’re talking about here: US onshoring is the provision of technology and consulting services from lower-cost, US smaller metropolitan, non-metropolitan, suburban or non-urban locations. This concept is generally best known as rural or domestic sourcing. It also happens to be the Eagle Creek model. My proposition here is to consider US domestic ITO firms instead of offshoring to India or nearshoring to Eastern Europe.

On first pass the Brexit does not seem to have any obvious effect or cause any greater opportunity for the US domestic suppliers of onshore services, but the model is worth further review.

Before everyone dusts off their “Economics 101” and starts rolling their eyes let’s deal with the currency issue up front. Clearly there’s some dependency on currency rates and during this (predictable) short-term uncertainty, the only certainty becomes the success of the forex speculators. Generally as the value of the pound declines, “importing” services becomes more expensive. However, we should expect stability to return when George Soros says so.

That notwithstanding, uncertainty opens up possibilities. A good time to consider the US domestic supplier is when a UK company is moving IT services sourcing from India to Eastern Europe or is re-evaluating its Eastern European commitment. If you are moving (or contemplating a move) from India to Eastern Europe I suspect it’s because of a quality issue (rather than just proximity): “I need higher quality, the quality is not what I thought it would be.” Therefore you have to believe you can achieve higher quality and balance price and risk better in Eastern Europe. Maybe… Maybe not.

There are three variables to consider: quality; price; and risk.

Not so if you take a moment and look west. IT outsourcing in the US is more mature, aligns better commercially with the UK, and inspires greater legal and commercial confidence. Frankly Brexit or not, the domestic providers of the US have always represented a legitimate alternative. Regions like Newfoundland have courted European (specifically British) companies for BPO and ITO for some time. In short the US can provide a better balance of price, quality and risk in software development, deployment and support than Eastern Europe.

While I’m not a believer in the “Euro-meltdown” (this “completely in” or “completely out” mindset), there is greater opportunity for British firms to cultivate less Euro-centric business. There is a growing willingness to look beyond Europe. The US represents this opportunity and therefore so do the US’s domestic ITO firms. So to British companies looking to the East currently, in closing, I’ll borrow the words of another fine American, Horace Greeley: “Go West young man.” 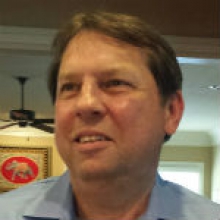