How to minimise massive turnover of IT professionals

The IT and tech sectors have long suffered from an epidemic of high turnover rates, shared by businesses that are great at acquiring, but terrible at retaining, these professionals. Prior research has found that factors such as low job satisfaction, poor organisational commitment and an abundance of alternative jobs on offer globally have contributed to an above-average rate of the movement of talent within these spheres. Historically, large promotion packages would be used to ensure top talent be kept in place within a firm, but with soaring costs of both hiring and replacing individuals, this is no longer viable for many businesses. So how can firms minimise the turnover rate of IT professionals without drastically impacting their profit?

Our research, co-authored by my colleagues Frank MacCrory of Fordham University’ Gabelli School of Business and Vidyanand Choudhary of the University of California’s Irvine’s Merage School of Business, examined 5,704 IT professionals working within a North American-based systems-integration and consulting firm over a five year period from 2005 to 2010. These professionals were based in over 100 cities across four continents, and by using the firm’s HR records – which include demographic information and hire dates for each employee – we pieced together an accurate depiction of their turnover. To add more depth to our study, we also observed time-varying job titles, base salaries, scheduled hours for each member of staff and timecards that allowed us to record exact exits from the firm.

The information led us to conclude that IT professionals’ individual levels of promotability, job descriptions that include a huge array of tasks without focus, and persistent job alternatives have a significant impact on turnover rates. Furthermore, we observed that a higher likelihood of promotion is also associated with lower turnover. This means that IT professionals are far less likely to leave a company if they believe that their chances of promotion are higher, yet businesses are often reluctant to indulge this because they want to avoid the costs of large salary increases.

So the question remains unanswered; how can businesses reduce the turnover of their IT professionals? In order to shrink staff turnover rates without affecting profit, smaller but more frequent promotions can be introduced to encourage employees to aspire to the ‘next level’, without requiring the cost of C-suite salaries. Initiatives such as creating new levels in the job ladder or by making marginal adjustments to existing jobs can facilitate this. By creating this promotion ladder within a firm, employees aim for smaller but more frequent promotions. This also spares many the disappointment of losing out on the larger financial benefits of elusive and coveted promotions – which can ultimately push them to leave.

As the war for talent heats up, many reputable businesses are pouring huge amounts of capital into their retention strategies – and rightly so, as retention is the key to minimising the high costs of hiring and replacing individuals. Examples such as the SAS Institute, whose retention strategy spends $6000-$8000 on perks for each employee, preventing $50 to $70 million in replacement costs, should be considered by those wishing to keep their people in place. These methods not only cut costs, but keep valuable professionals inside a business. And with many firms fighting fiercely to stay ahead of innovative rivals, can companies really afford to lose – and then replace – their IT talent? 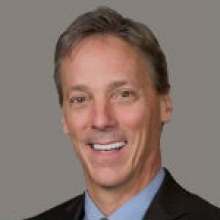 Alain Pinsonneault is a professor at McGill University’s Desautels Faculty of Management.