Outsourcers in the UK: not too big to fail... 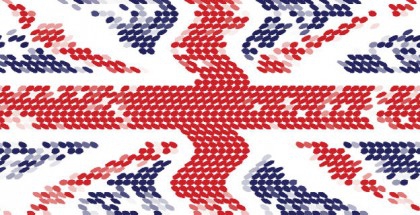 The Commercial Court ruling in BT Cornwall Limited v Cornwall Council and Others is a sharp reminder that if an outsourced service provider does not provide the service it has promised to provide, to the standard it has promised, it should not expect the customer to allow the contract, however large and multi-faceted, to continue. Put another way, the customer is almost always right.

The dispute involved a potentially long-term strategic partnering service delivery contract to support various public services throughout Cornwall including health, transport, communications and public safety. There were three customers: Cornwall Council, a unitary local authority with responsibilities at both county and district levels; Cornwall Partnership NHS Foundation Trust, responsible for hospitals and other secondary healthcare; and Peninsula Community Health CIC, responsible for certain primary healthcare. Key services were in telecare and telehealth but the full extent of the envisaged service delivery was conditional on the award to BT Cornwall of a telehealth contract by a fourth customer, Kernow NHS Trust. In the event this was not awarded resulting in a key performance indicator (KPI) for the creation of telehealth jobs being adjusted downwards. Contract objectives included both delivery of cost efficiencies and creation of jobs in Cornwall. Had the contract run its full course, it was estimated to have a value of around £160m.

There were two troublesome KPIs: incident resolution within required response times, and job creation. The former was described with considerable sophistication with a view to distinguishing between different levels of adverse impact, and the latter as bald new job numbers, unspecific as to job characteristics.

The contract document was lengthy and complex, and criticised by the trial judge (Mr Justice Knowles) for lack of clarity on various points, notably how to interpret different levels of incident impact, and inadequacy of its oversight and governance arrangements for all parties when things started to go wrong.

The contract incorporated typical service contract customer safeguards: target service levels set by reference to KPIs and critical KPIs (e.g. a series of missed KPI targets), and service credits (deductions from the contract price) where target service levels were not met, and a review process with monthly, quarterly and annual stages. To calculate service credits the KPIs were budget-weighted. As is not uncommon, “baselining” of the target service levels had not been fully completed before the contract started in July 2013, and allowed for adjustment of estimated baseline data where the actual baseline data was collected later. Service provider reports for the review process were required to be fair and reasonable and made in good faith.

Contract management tools included requirements for provision and implementation of a remediation plan where a specified level of underperformance occurred, and the right for the customers to terminate the contract for either material breach (either a fundamental breach or a specified accumulation of service credits), or persistent breach. The contract also provided for an “Executive Forum” intended to be active during periods of performance remediation, but the trial judge found its authority and intended function unclear.

The early months of the contract were a bumpy ride, with failures on both customer and service provider sides. A backlog of unresolved incidents built up through 2014. By March 2015 it was clear the situation had become a disaster and BT Cornwall’s position precarious because of the lack of full resolutions, although very substantial sums had been spent and resource diverted to try to rectify matters, and evidence at the trial indicated that BT Cornwall could hardly have done more.

In June 2015 the customers wrote to BT Cornwall asserting their right to terminate (but not actually giving notice to terminate). As the assertion was contested, holding arrangements were agreed so that the validity of the assertion could be determined by the court. The trial took place in mid-December with issue of judgment in favour of the customers one week later. Following the judgment, the customers have initiated termination resulting in TUPE transfers of the staff back to their respective former public sector employers and no doubt significant other arrangements relating to equipment, premises and business support. They must also provide the senior management input for re-integration and future strategic direction.

What lessons can we learn from this? First, that good setting up of the fundamentals of the contract by the commissioner at the outset is important. The commissioning customer needs to be clear about what is to be delivered, irrespective of whether this is described as an output or an outcome to be achieved. Secondly, that in defining KPIs, complexity and clarity are seldom good bedfellows. Thirdly, that the link between price and performance when translated into commercial incentive for good performance and disincentive to discourage bad performance, needs to be a balance which operates reasonably in all foreseeable scenarios, not merely where delivery is normal. If this is not achieved, the need for mid-contract renegotiation should be monitored. Finally, for serious underperformance, whether by sudden crisis or a gradual deterioration, there needs to be a path to and through workable solutions including in extreme circumstances for exit with awareness of each side’s responsibilities as they travel along the path. While all of these may be truisms for legal draftsmen, they are not easy to get right, and there is no such thing as a dispute-proof contract.

KPIs or critical KPIs which become unrealistic when things do not go according to plan and so lock the service provider into a disincentive to remedy or even to continue performance create a conundrum. Assuming the contract management dialogue between customer and service provider is continuing, then from the service provider’s point of view, the KPIs need to be renegotiated either for all of the remaining contract period, or at least suspended while a remedial action plan is implemented. While the customer may be keen to see efforts to restore services to the target levels, and possibly willing to allow diversion of provider resources to prioritise remedy to the detriment of the originally planned service, the customer will not wish to forego its legal rights in respect of the underperformance which has caused the problem. Further, the customer will wish to preserve the ability to terminate the contract if the remediation plan is unsuccessful. This was the line followed by Cornwall Council and its fellow customers, and in the absence of agreement or conduct amounting to variation, they remained able to terminate the contract.

Where delivery of contracted services runs into difficulties resulting in breach of contract by underperformance, for customers, a strategy of sitting tight and not conceding any legal rights will almost always be advised. For service providers, the key lesson is to focus not just on the operational remedy, but also on exposure to legal risk, and to remain aware that no contract is too big or too complex to fail. 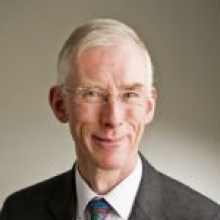 Peter Hill, a Senior Associate with law firm Geldards LLP, advises on public sector projects ranging from shared services and outsourcing by local authorities, schools converting to academy status, the opening of free schools, education capital works projects, surplus land disposals and social enterprise spinouts from local government and the National Health Service. Peter spent over 20 years in the City, before moving to work in–house as a local government lawyer. He now bridges the divide between the private and public sector cultures, in particular through property solutions delivered by innovative public-private partnerships.