A new way to serve and contract 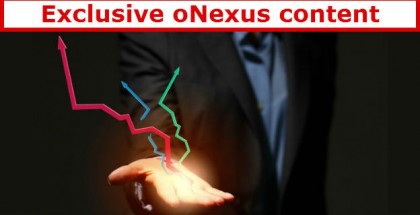 The world of sourced services is developing rapidly. Gone are the long-term, rigid forms based on lease funding and assumptions of slothful corporate evolution. The cloud, rapid innovation and globalisation have put paid to that. So what emerging trends of the sourcing market are noteworthy for commissioning directors?

Sourced services have long enjoyed the benefit over in-house provision of being able to make a rational case for investment in process automation. The latest name for this is “Robotic Process Automation”, especially where there is an element of analytics and automated decision-making.

This continues the trend, present since before Adam Smith wrote The Wealth of Nations, to specialise, segment and automate. It is a logical progression from the days of simple offshoring for arbitrage, although all would claim first to transition then to transform. Automation works best in a culture of continuous improvement in an environment of bulk repetitive transaction processing.

Those who applied the thinking to extremes in customer service have shown through automated phone menu systems that inappropriately applied technology has infinite ability to wind customers up and lose business. The art is in the selection of the target and the inclusion of elements of customer experience management in the decision process. The value of such an instrument in skilful hands will rarely be as spectacular as it is in the control of an idiot. Automation offers the unrivalled ability to automate bad practice in a way that obscures what is really happening. Chaos happens so much faster that way.

Intelligent automation is indeed an important weapon within the sourcing armoury. The customer should normally be spared the details of implementation, whilst being informed of the value delivered by the supplier through their investment and innovation. The customer rightly has an interest in the business outcome (customer attitudes, speed of resolution) but should take care to avoid penalising the supplier for introducing it through reducing service charges related to staff deployed.

Much has been written recently on the use of Social, Mobility, Analytics, Cloud (SMAC). The implications for client business models and service delivery are many. In the areas of customer engagement, there are now many channels by which customers, lobbyists, campaigners and the others seek to express themselves. The speed of propagation and vociferous statements can escalate at an astonishing rate.

Leading practitioners have sought to react through embracing a range of channels. A few years ago there were few who would have cited the operators of the British railway network as leading in customer service, any more than they would have lauded the famously aged sandwiches dispensed form the buffet cars. Now, it is widely praised for its provision of timely travel bulletins through Twitter. Passengers now know in seconds how many hours they will be delayed.

Some telecommunications customers have taken the new channels thoroughly to heart. Employing teenage service agents with short tempers and inflammatory writing. Familiar with the language of SMS and Twitter, they received a barrage of abuse during extended service interruptions in 2012.

Whereas in days of yore, the approach may have been to pour diplomatic oil on the troubled waters, doubtless inspired by tone established by suffering customers, they responded with obscenity. We call this “emotional amplification” and note that many of the interchanges attracted a significant following at the time. Who cares if the agent exchanges obscenities with a customer on Twitter for all to enjoy? We can expect to see more of this, noting particular opportunities for those setting out to enjoy the rains and springs in Glastonbury this summer.

Research has consistently shown that larger projects are more likely to fail than are small ones. Many small companies are innovative and offer services with lower cost-bases than the more established players. Part of the proposition of new cloud entrants is the ability to spin-up capacity in short order and to permit withdrawal with similar flexibility. These and others have encouraged companies, frequently with minimal IT department engagement, to exploit the new freedoms through engaging specialist suppliers for point-solutions. A large service looks small because it has been cut up into many parts, each assigned to a separate supplier who has never delivered it before, brought together by a SIAM that grazes its knuckles when walking.

One of the great aspects of the service approach is that one need not worry about what is inside the box. The supplier just does their thing and presents the results through the interface. We do not have to worry about nasty things like which box an application is on, as the world is virtual. This works wonders! The best time to find out how the world is connected is in the middle of a major incident. Who cares if a supplier has all his (two) servers in a basement in the Somerset Levels and that tonight there is a spring-tide?

A powerful set of technologies is coming together to address the commercial pressures discussed above. This includes:

These have been combined in what is becoming known as “Adaptive Contracting”. The issues with service contracts have long been:
1) The significant initial investment in defining the terms, obligations, warranties and connections. These typically lead to large and expensive documents with multiple internal interactions and dependencies that are difficult to define and comprehend
2) High maintenance cost and effort.

Adaptive contracting overcomes these issues. The initial contract is defined at high-level for the first phase and a vision is generated in the pub for later stages of the service lifecycle, adopting the same approach that has long been used in project and programme planning. A combination of the technologies is then used throughout the delivery automatically to adapt the detail of obligations to that state which would have been reached had the initial definition been completed with thorough initial investigation and perfect prescience. This is built into the operations of the service, so is achieved at a fraction of the cost of traditional practice. Contract Change Management is done by shouting and waving big sticks.

The UK government is said to be interested in applying this same technique to the drafting of government policy, legislation and departmental strategy. It is currently being tested in the development of taxation.

Outsourcing is all about innovation, customer delight and speed of change. Governance and contracting are hard work and those who bleat on about it should get a life. Most projects come in on time and performance is generally OK, so sit back and enjoy the ride. Who cares if we do not know where we are going? Stay agile and if it is in a contract “it will be alright on the night”.

Hrothgar Elf has been the deputy assistant under-manger for Project Aurora within North Pole Enterprises. He first supported the definition of the programme by making the tea, before moving on to vendor selection and implementation. Having proved the level of his competence in multiple areas, he is now entrusted with clearing the stables.