Employment fraud sinks ships, so give HR the data to keep your company buoyant 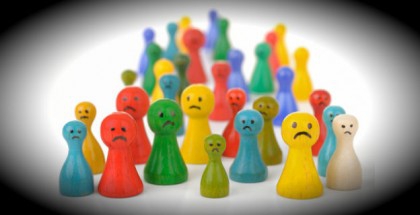 Staff turnover costs companies a shocking £4.13billion per year. Hiring the right people can make or break an organisation, and save thousands in turnover costs.

Dishonest employees are the silent threat from within organisations, and they are a small but highly impactful group. Worryingly, 30% of businesses fail due to employee theft and the cost of employee fraud to UK businesses is thought to amount to £2bn per annum. It’s unsurprising, therefore, that the expected employee turnover rate will rocket to 18% – and push HR resource to its limit – by 2018.

False identities, fake qualifications and references, adverse financial or credit histories, and even concealed criminal records (plus many other problems), haunt Human Resources departments as they rally to protect the workplace from 80% of applicants whose CVs are classed as ‘misleading’. When IT systems, payroll and data protection is at stake, a small white lie on an application suddenly has very serious implications. Employers are fighting the fires of financial losses, reputational damage, regulatory implications and impact on morale internally, as staff turnover increases and trust from management plummets.

To suffocate the flames of fraud, HR employ rigorous investigative checks – work worthy of Scotland Yard’s best detectives employed circa 1973 – manually sifting through CVs, conducting background checks, hosting endless rounds of face-to-face interviews, proofing examinations, trials and evaluating psychometric testing. According to the High Fliers report, employers experienced a huge 25% uplift in graduate applications for new roles and a “significant year-on-year increase”, putting HR under more pressure than ever to hook the winning ducks from the barrel and ensure that no thin file candidates escape to the competition, under the radar.

If a dishonest employee sails through these checks – a glance at the news confirms this is by no means a rare occurrence – and has the opportunity to act dishonestly once they’ve settled into a role, the Fraud Act (January, 2007) is in place to protect employers as they untangle tactical, deceptive and misleading behaviour. The act defines illegal malpractice as fraud by misrepresentation (with the aim to make a personal gain, or expose another to risk of loss), fraud by failing to disclose information, and fraud by abuse of position. In the recruitment stages, employers are actively combatting the second abuse, gathering data so that if there is a failure to disclose, they know about it.

Fixing the fallout of fraud can be as costly and time-consuming as the recruitment process and a cause for anxiety. Employers burned by dishonesty are inclined to apply stringent monitoring as a remedy, however research from the CIPD suggests that employees placed under an unfiltered and constant microscope are more likely to harbour unhappy and critical feelings towards their employer and suffer from stress. Trustworthy, but unnecessarily alienated, these employees resign as a periphery casualty of fraud and the recruitment headache starts all over again.

Monitoring employee activity during working hours is a tired, ineffective and costly solution. Employers and HR are determined to find the right candidates, but with a process or technology that is both time sensitive and detail centric. Social media is a significant tool when trying to get a sense of character, and 93% of hiring managers review a candidate’s digital profiles before making a hiring decision.

However, we’re not suggesting that HR should dither about on Facebook as best practice. The average person owns 5.54 social media accounts and depending on the volume of applications, checking social media is a significant time allocation for any HR department.

Hiring managers that privately evaluate candidates’ reliability on social media will review whatever information isn’t protected by security settings. Photos and videos are the obvious targets (scandal-seeking is high on the agenda), but other snooping successes include relationship stability, the tone and frequency of free-form updates, and even friendship circles, groups and likes.

This information, when collected manually, offers little real context about the candidate. What’s more, the hiring manager’s deductions will be invariably biased even with the best intentions, manipulated by their own standards of acceptability and what they perceive to be acceptable as an official representative of their employer’s moral compass. One HR’s drunken mess is another HR’s Christmas party bonding dream. Tomayto, tomahto. And much of this evidence won’t indicate fraud to the naked eye.

With big data software in place, HR staff could take a hands-off approach, allowing technology to overlay social personality profiling with professional qualifications and experience, to create a fully-formed and insightful profile that marries up pools of data to identify patterns of behaviour, good and bad.

There is no doubt that when managed correctly big data makes employee-vetting easier and faster, but most importantly, the process becomes far more accurate. And for HR and recruitment consultants, big data technology completely disrupts their tried, tested and tired industry, buckling under the volume of applications and the increasingly sophisticated methods of fraud cross-channel.

Exposing fraud in a heartbeat

If HR did invite the applicant to connect their social accounts to a firm’s big data software for analysis, what output could employers anticipate?

Potentially historical discrepancies relating to the start and end time of a role, dismissal or significant time away from work – determining if they were sacked, ‘travelling the world’ or not… Plus their likelihood to fit into the firm’s culture, reviewing their communication style and use of language.

As these big data tools process the candidate’s data, they can cross-check references and construct a true view of employment history, identifying fraudulent instances and highlighting behaviour patterns, such as absenteeism, that could be cause for concern – all based on factual evidence. It could also help HR professionals better construct individual employment packages using data-driven insights, from the length of a probation period to relevant benefits and pay.

Big data reduces the risk of fraud during recruitment and streamlines the hiring process, but it also reduces the risk associated with resignation later on. In theory, big data collection has the opportunity and ability to anticipate a candidate’s happiness and health, predicting how well they would acclimatise to the culture within the workplace. It’s thought that by simply identifying personality traits and role sustainability, employee churn can be reduced by 38%.

Why hasn’t HR snapped up personality profiling previously? Until now, it’s been difficult to analyse unstructured data and filter out irrelevant information to return correct and valuable insight, not to mention put it into action. For example, how will an employee react to feedback based on data collection? The technology is now sophisticated and discerning enough to give data-driven decisions human judgement context.

Technology will support staff, not replace them

Use of such technology would not replace HR or recruitment consultants; instead it relieves the banality of data processing, and shifts focus to data interpretation and application during face-to-face Q&A. In theory, big data affords HR and recruitment professionals the opportunity to heighten their policies and practice, improving their commitment to the recruitment process and their satisfaction in doing so. Employers should notice an improvement in morale and high performance not just from the big data recruits, but also the staff that do the hiring.

Employers will be afforded the opportunity to incentivise recruitment without the fear of bad hires to gain short-term bonuses. The data supports well-judged hires and a working culture that celebrates employees who discover new talent. Personality scores give you real insights into candidates. They can predict work ethic, likelihood to quit, creativity, and so much more.

Until big data is recognised as a genuine support tool, employers will find themselves endlessly micromanaging the recruitment process, chasing overstretched and underappreciated HR staff for applicant data they can’t possibly collect in entirety without bias, handling internal crises when poor-hires hit the office floor, and fighting the fraud that stops 30% of firms in their tracks. 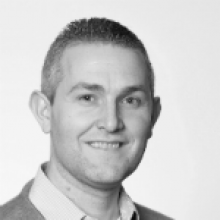